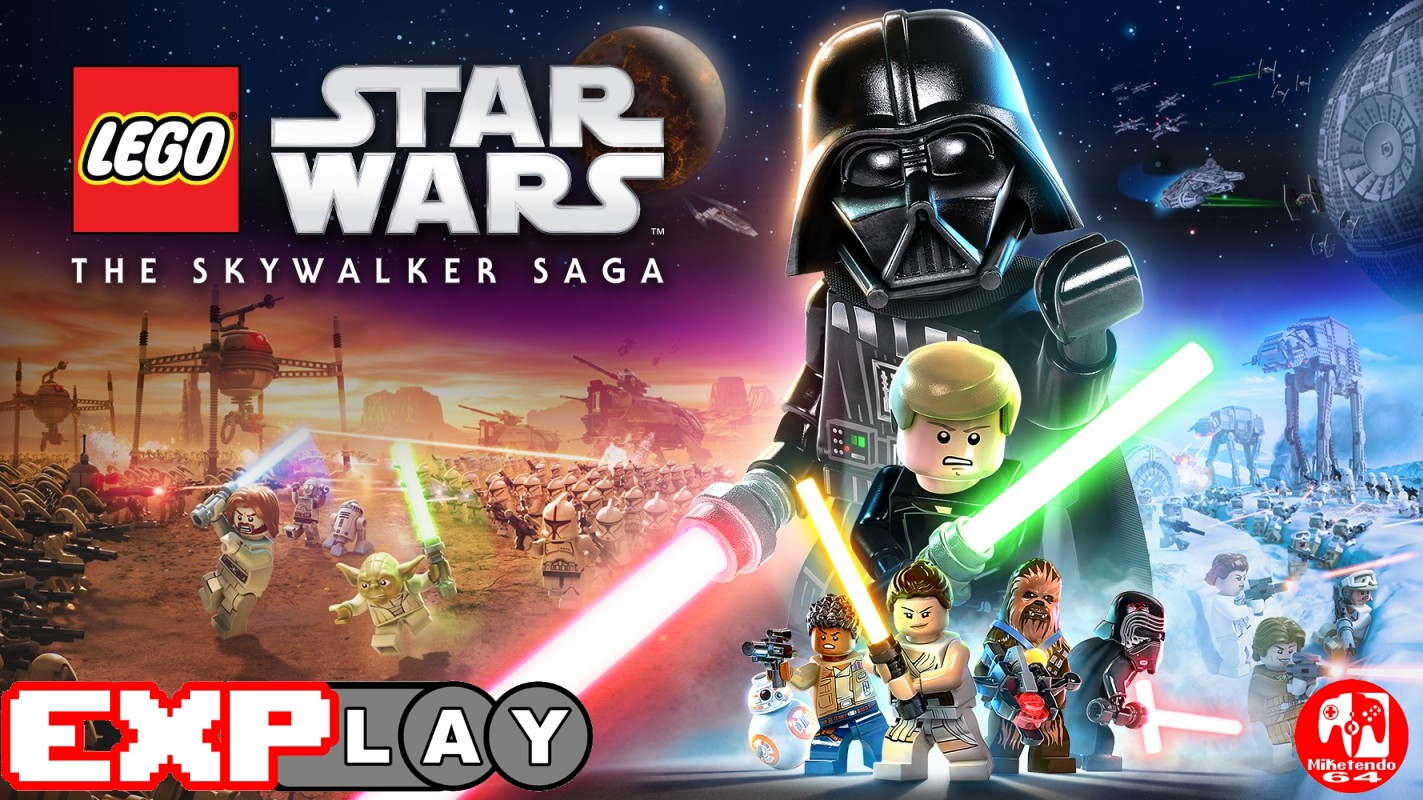 Welcome to EXPlay, (Explain & Play) the review series where we care not for scores but tell it how it is when it comes to every game we get our hands on, whilst also taking the time to include some lengthy gameplay, to give you the reader, the chance to shape your own impressions and views whilst watching and reading. In this instalment, we’re covering LEGO Star Wars: The Skywalker Saga by developer Traveller’s Tales.

In a galaxy that isn’t very far away at all, as it is the one we live in, developer Traveller’s Tales, a subsidiary of TT Games are back at it once again, creating a new LEGO adventure, brick by brick. Establishing itself as the sixth entry in the LEGO Star Wars series of video games, which to date, has covered Episodes I – VII, with one game even based on both the animated Clone Wars film and series, LEGO Star Wars: The Skywalker Saga is the game that brings the entire journey full circle and it does this in two ways. First, in the fact that Episodes VIII and IX are now playable in LEGO form, but also because for the first time ever, all nine episodes are playable in a single game.

Where LEGO Star Wars: The Skywalker Saga really comes alive, however, is in the ultimate freedom it offers the players. With all three trilogies available, players are free to dive into whichever one they wish to experience first, provided you choose the first episode in the associated trilogy of your choice. Then once you start playing, clearing levels here and there, 5 per Episode, and 45 in all, players can actually jump between whichever Episode they wish, provided they have access to it and/or advanced through the previous one of a specific trilogy, and unlocked its next installment.

Still, just because you might know all nine films and previous LEGO Star Wars games inside and out, plenty of surprises lie in store for anyone who picks up this amazing collection. From Anakin’s dark side reaction when players take a break whilst playing, to different conclusions to things we know to be canon, the humor that LEGO games are best known for, is alive and well once again and plenty of comedic exchanges are waiting to be discovered.

Then there is also the game’s rather impressive hub world, which, when not completing story-based levels, gives players access to many of the planets and locations. Littered with puzzles to solve, more than 1,000 Kyber bricks to collect, which when used with studs, allows players to upgrade the abilities of the game’s many different classes of characters. Speaking of characters, with revamped combat, an over-the-shoulder camera ideal for aiming and around 380 characters to play as, it does make it easy to forgive LEGO Star Wars: The Skywalker Saga for not having a character customization tool.

One particularly annoying detail about LEGO Star Wars: The Skywalker Saga is to do with the game’s soundtrack itself. For the players out there hoping to record gameplay and upload it to YouTube, you will need to do so without the game’s iconic background music, as any uploaded video containing John Williams’ amazing work will be hit with a copyright notice and have your video taken down. In the event you are streaming or just playing with a friend though, feel free to keep it on and turn the volume up, as the game’s many iconic sound effects and tracks are a masterpiece deserving of an audience.

As for everything else, exploration, progression and tasks, LEGO Star Wars: The Skywalker Saga is no different to any of the other LEGO games we’ve seen in recent years. It’s still a case of if you’ve played one, you’ll easily be able to adapt to this one without too much effort. At the end of the day, LEGO Star Wars is still the feel-good experience that is capable of relieving stress, lifting moods and being shared with others, that it’s always been, but now there’s just a little bit more to it than ever before.

When it comes to LEGO Star Wars, the force is in fact strong with LEGO Star Wars: The Skywalker Saga, but as far as different versions go, in its current state, the Switch release is not the chosen one. It could do with some extra optimizations as it is littered with bugs that like to act up every time you try to play with a friend and find yourself unable to advance when playing Episode I. As a singular experience, however, the bugs are far fewer and players are free to explore a wonderous land in a galaxy far, far away, in any manner they desire. In short, mis-firings aside, this is the game you’re looking for, and so many new memories await.