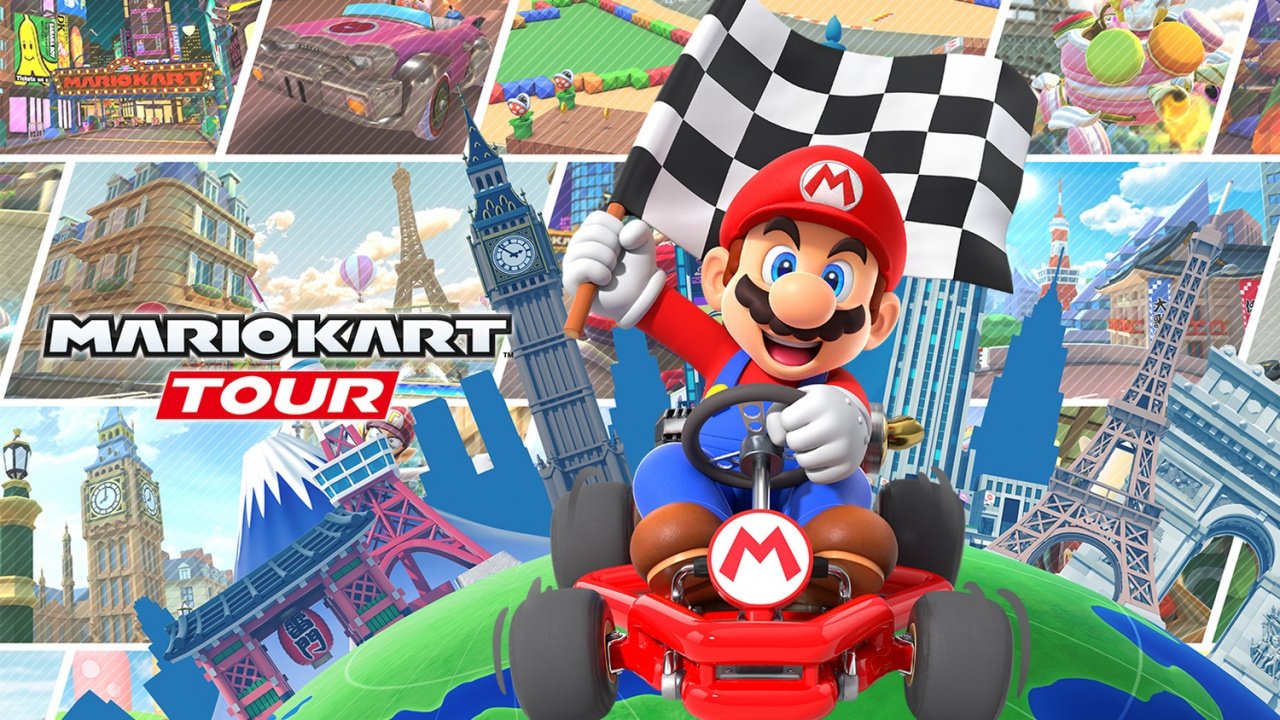 From Paris Promenade to Ninja Hideaway.

Then on the other side of the spectrum, we have Mario Kart Tour, a mobile spin-off that turns the entire series on its head, steers it into a new gacha direction and whilst being one of Nintendo’s more popular mobile titles, it has often been overlooked, but now times are changing. The game that allows players to collect and buy a large selection of racers, karts and gliders, in a bid to win races, rack up combos to earn stars and complete challenges, is starting to get the attention it deserves, but not in the way one might have expected.

With the Booster Course Pass DLC revealed for Mario Kart 8 Deluxe earlier this year and the first wave out now, giving players access to 8 of its 48 tracks, there can be no denying how well the DLC has been perceived, so far. Yes, there have been some complaints, especially those regarding Choco Mountain’s blandness compared to the other courses that have been reworked for Mario Kart 8 Deluxe, but for the most part, courses like Ninja Hideaway, Paris Promenade and Coconut Mall, are to die for.

They may lack the same visual prowess and assets that all of the base game tracks are known for, but, compared to the mobile game these courses have been lifted from, it is easy to be impressed and this is where the benefit of being a Mario Kart Tour fan pays off. Although I have played my fair share of Mario Kart 8 and Mario Kart 8 Deluxe in the past, Mario Kart Tour is the Mario Kart game that I play on a daily basis. In fact, I’ve played it every day since the mobile title made its debut and I do get plenty of enjoyment from my sessions with it.

Because of the time well spent, I have a huge adoration and appreciation for the courses I have been able to experience on a regular basis, much like other fans of Mario Kart Tour, but it also means on top of the tracks seen in previous titles, I also got to discover plenty of original tracks, based on real-world cities and they’re a lot of fun to see in action.

So, because of my time away from Mario Kart 8 Deluxe, swapping it for a slower racing game, with “weaker” graphics, to see some of the tracks I’ve become accustomed to, upscaled in any capacity, is still a major graphical upgrade and one I am fully able to enjoy. It also gives me the perfect opportunity to return to Mario Kart 8 Deluxe, slipping back into a game, where combos don’t earn stars, coming in first place does and it so good to be back.

The DLC is truly a blast from both past and present and it has us all completely excited for what the future has to bring with regard to the other 40 tracks that are in the works, and the whole package is well worth the asking price. Of course, the best thing of all, at least, as far as I am concerned personally, is I get to enjoy the whole thing for free thanks to already being a Nintendo Switch Online + Expansion Pack subscriber.

The price of a few SEGA Genesis and N64 games on Switch might have seemed a little step in the beginning, but now with Animal Crossing and Mario Kart DLC added to the mix, at this point, the Expansion sells itself. For those who are skeptical or on the fence as far as the Mario Kart DLC is concerned, with Mario Kart Tour being a game users can download for free, why not give it a try yourself? You never know, you might just like it.

2 thoughts on “[Feature] Mario Kart: From Tour to Deluxe”