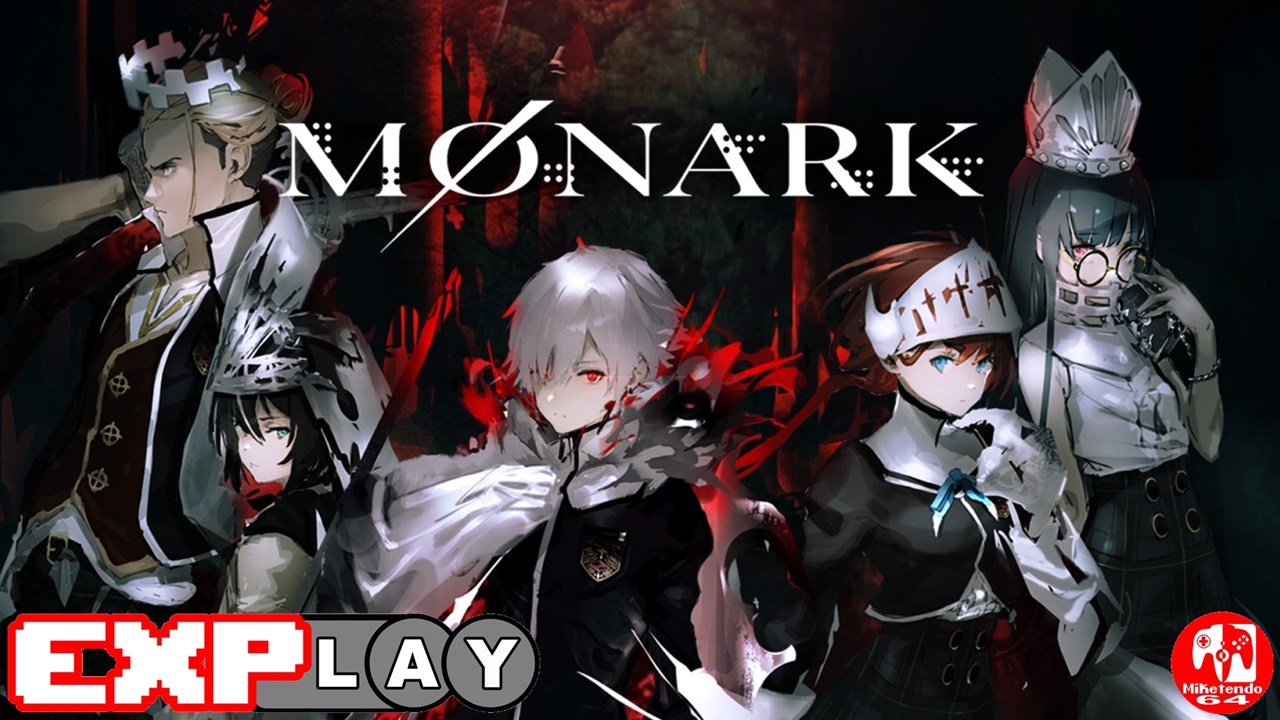 Welcome to EXPlay, (Explain & Play) the review series where we care not for scores but tell it how it is when it comes to every game we get our hands on, whilst also taking the time to include some lengthy gameplay, to give you the reader, the chance to shape your own impressions and views whilst watching and reading. In this installment, we’re covering MONARK by developer Lancarse and FuRyu.

MONARK is a turn-based action strategy game from ex Shin Megami Tensei developers at FuRyu and Lancarse. The game is published by NIS America and was first released in Japan in October 2021 before seeing release in the rest of the world on February 2022.

The game takes place at the Shin Mikado Academy where students are being driven mad by a mysterious mist. As the game’s protagonist, it falls upon you to investigate the origins of the mist which seems to be part of a dark plot by otherworldly beings. Upon venturing into the mist and receiving a mysterious phone call, the protagonist and other characters are teleported into another world where dangerous entities reside. As they get attacked by the entities, another being who goes by the name of Vanitas offers to help in a rather twisted way. The protagonist accepts Vanitas’ help and awakens a power inside himself that gives him the means to fight off the dangerous entities.

In MONARK, you must enlist the help of fellow students to investigate the mist and destroy objects called ideals which will in turn, clear up the mist. In order to destroy the ideals, the player and his party must travel to the otherworld to fight against enemies known as daemons. The battles are turn-based and will usually require you to defeat all the enemies on the field. Each character can move wherever they like within a circular perimeter dictated by their position in the field. You can use different Arts (attacks) or Authorities (skills) in which to attack your enemy or buff up your own characters. Attacking enemies will result in them administering a counterattack unless you attack them from behind. If you have two or more characters in range of an enemy, they can assist and do additional damage. Bear in mind though that if an assisting character is in range of an enemy, they could be hit by a counter attack just for assisting.

Not all character turns have to end by using an Art or Authority. you can also end the turn of a character by selecting Wait or Defer. Waiting will see the HP of that unit replenish a small amount while Deferring will allow you to move one of your other units (if in range) again. You can use this to strategize attack plans on enemies. Once all enemies are defeated, you will be able to collect SPIRIT which is the game’s currency and can be used to unlock new skills, improve old skills, or create consumables. Some battles will also drop items that might be useful later on. An important factor to take into account is that while all of the supporting characters can be defeated in battle, should the main protagonist fall, it is instant game over and you will have to restart the battle again or go back to a previous save point.

Aside from combat with daemons, you will also spend your time exploring through the mist. The mist has an adverse effect on people and can drive them mad. Your own protagonist and characters in your party have their own MAD meters which you must keep an eye on when venturing through the mist covered hallways of Shin Mikado Academy. If the MAD meter reaches 100, your character will black out and you will return to the infirmary. In order to keep the MAD meter from reaching alarming levels, visit the infirmary and talk to the doctor there. He will replenish your health and drop your MAD levels to zero. He will also give you mental stabilizers that you can use on yourself when in the mist and in battle to reduce the MAD meter when necessary.

Much like with other JRPGs, there are several different features and tactics that become available as you venture further into the game like triggering special statuses or finding and using Alter Egos. Whether or not you use them depends on you though as you become more invested, you will certainly want to make sure you use every move at your disposal as combat does get tougher as you progress. That said, there is a Casual mode that you can opt for in the settings should things become too difficult.

If you are a fan of Shin Megami Tensei games then MONARK may certainly be of interest to you. The game supports full English text and voice acting but I must say that I find it a bit of a mixed bag. For the most part, the voice acting is okay but the way Vanitas constantly speaks in rhyme all the time does start to grate on you. The combat is similar to other JRPG games like The Caligula Effect but it might not be to everyone’s taste.