Skip to content
Feature Interview Nintendo The Legend Of Zelda 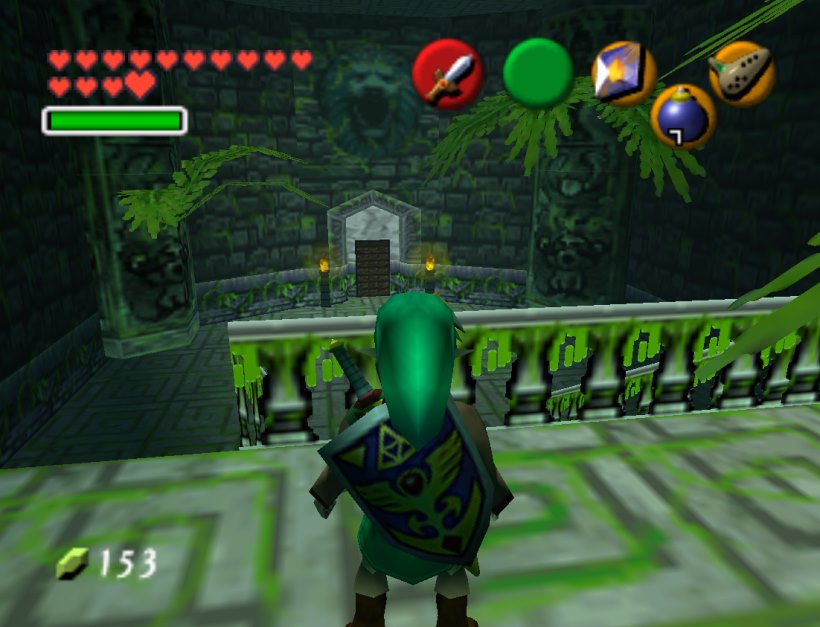 Wake me up when it’s ready.

Back in January, we were graced with the amazing opportunity to speak at great length with Tyrone Anderson. We learned all about the studio he has set up, we went quackers over QuaQua, and we even had the pleasure of discovering that the Link’s Awakening 64 mod is still in development. As part of a follow up, not too long ago we shared a gallery post, consisting of brand-new screenshots for the mod and now, here we are, back at it again, to talk even more about this compelling mod.

Miketendo64: And now to follow-up, what is your role at Devoke Studio?

Miketendo64: Would you be so kind as to remind us what Link’s Awakening 64 is?

Tyrone Anderson: Link’s Awakening 64 is a simple fan mod I began in the Summer of 2015 to learn about game design and development from what is, for me, the gold standard of gaming. Majora’s Mask and Ocarina of Time were both such an inspiration to me and have changed my life forever. The project is a ROM hack, set out to recreate Link’s Awakening (with a little fan fiction) inside the Ocarina of Time engine. Over the years, the project grew from just an elaborate idea into a team of dedicated and talented developers which is where it stands today.

It has been nearly seven years since I started Link’s Awakening, which sounds a long time! When I began this, I knew virtually nothing about game development beyond a few texture packs I had released under the name ‘The Insane Slug’ in the early days of YouTube. I never went to University to study any of this, but I count this mod as my degree (and eventually, my graduation!)

Miketendo64: How much has the mod changed since we last saw it in 2016?

Tyrone Anderson: Since 2016 the mod has changed a huge amount, as has the entire community around modding Zelda and N64 games. That is the thing I think people from the outside looking into mods do not realise. So much of all of this is a community effort.

Initially, when I started the mod, it was not hardware compatible, but after rigorous and countless efforts by many in the community, it became possible.

Thus, I had to scrap most of the original work to optimize it to run on the hardware. Tools have been developed that have made tasks that in the past, could only be achieved through tedious hours of hex editing and assembly, are now possible in a few presses of a button, and a little C programming.

The world of modding is a very different place than it was back then. Now most of the overworld, interiors to the houses, a few temples and actors are all finished and running on hardware. They do need some polish, but overall, we have made incredible progress and now with the community finishing the The Legend of Zelda: Ocarina of Time Decompile, more possibilities are open to us than have ever been before.

Miketendo64: How much of the mod is new content that you’ve had to create and how much is from reused assets?

Tyrone Anderson: We make nearly everything from scratch. This will be an original and new experience. Almost all of the original Ocarina of Time assets will be replaced, at the very least, with ones more fitting to the new more stylized aesthetic we have.

Miketendo64: Once the mod is complete, what are your release plans regarding the mod?

Tyrone Anderson: Honestly? I don’t know! I am not thinking that far ahead at this point. This is just a passion project that is our celebration of this wonderful title, and it is no longer just for me to decide. In whatever way we eventually release this title, I am sure we will come to the decision as a team.

Miketendo64: What are the biggest challenges you have faced whilst working on the mod?

Tyrone Anderson: That is an easy one, finding time! Over the years we have been developing this fan creation. Our lives outside the mod have accelerated. We all have responsibilities, full-time jobs. Some of us have even gone to university, qualified, and come back to the mod. Finding time in our busy lives is sadly the biggest hurdle for us all now. A lot can change over seven years.

Miketendo64: Should all go to plan, when do you think the mode will be finished?

Tyrone Anderson: I really cannot put a date on it. But I can say, if we have kept it slowly ticking over and afloat for seven years, we are not giving up and we will see this to its fruition.

Miketendo64: If you could go back in time and do things differently, what would you change regarding the development of Link’s Awakening 64?

Tyrone Anderson: This question is one I have thought upon deeply many times. Yet, when I look back, I realise everything I did was a learning curve, but if there was one thing I would do differently – I guess it would be not to doubt myself so much.

So much of the past seven years, I have been terrified of letting everyone down and not being able to do this. People who followed Link’s Awakening 64 saw something in me and I was always so terrified I could not live up to it. But I pushed on through.

If it means anything, to those people who supported me for so long: I may not have been the person you saw in me, but I never gave up and I am closer to being that person than I have ever been before. I am confident in my craft; I have gained a huge diversity of skills and a talented team beside me working on this project together.

Miketendo64: Is there anything you would like to say to your fellow Zelda fans and creators?

Tyrone Anderson: Majora’s Mask truly touched my life as a child. The game feels like a metaphor to me, for the masks we wear in life. Throughout my venture into games development, I have met so many wonderful people I am truly grateful to know.

Once Link’s Awakening 64 is complete, people will see that it was a true labour of love for every one of us in this team. A love we extend not only to Nintendo and their incredible title, but to the fans too. If you wish to get into modding and games development, there is no better time than now.

We say it time and time again, but it’s always true, it is always an absolute pleasure speaking with you Tyrone and we look forward to the next time.