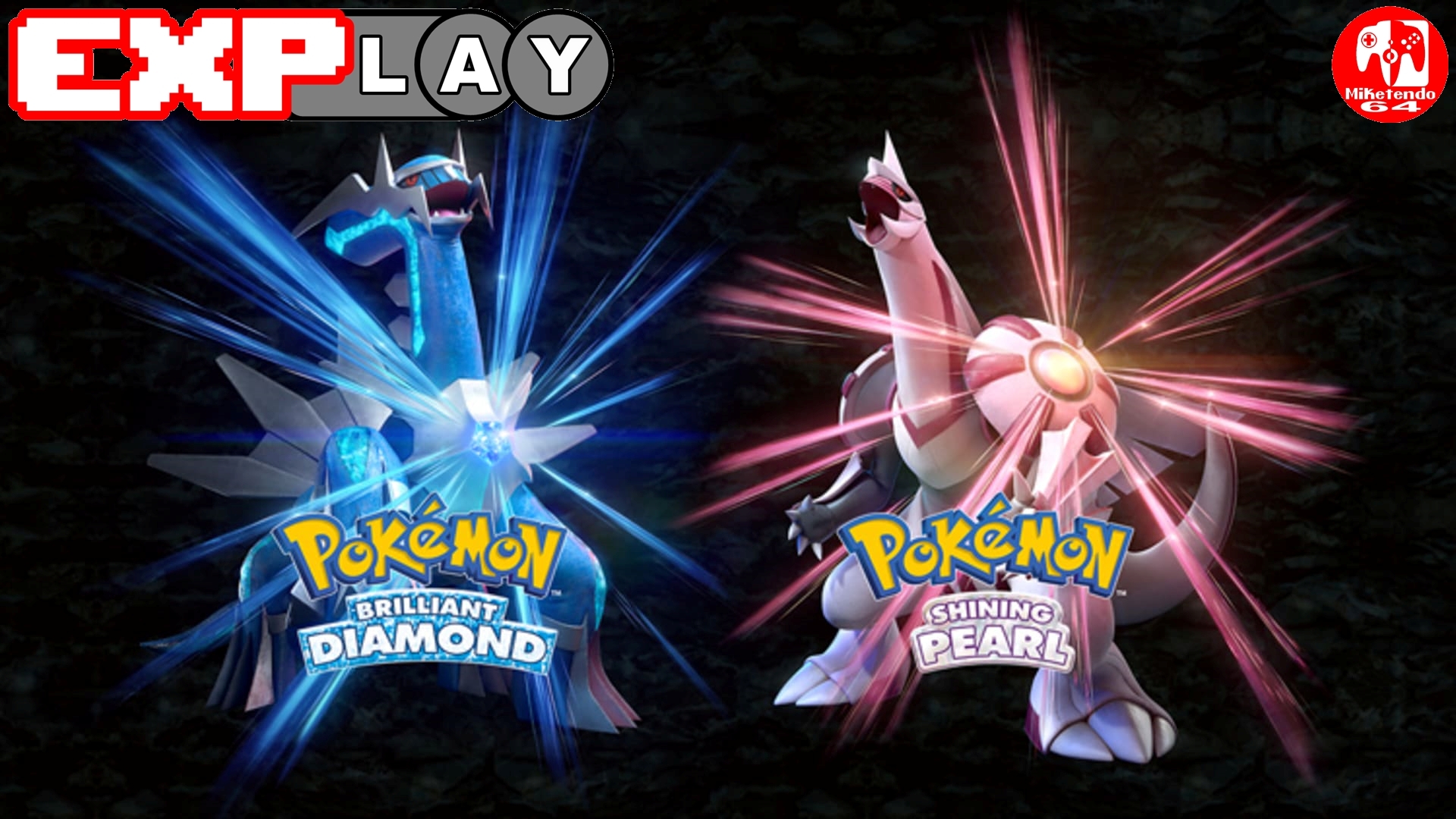 Welcome to EXPlay, (Explain & Play) the review series where we care not for scores but tell it how it is when it comes to every game we get our hands on, whilst also taking the time to include some lengthy gameplay, to give you the reader, the chance to shape your own impressions and views whilst watching and reading. In this instalment, we’re covering Pokémon Brilliant Diamond and Pokémon Shining Pearl by developer ILCA.

Welcome to the world of Pokémon on the Nintendo Switch. It has been a wild ride that has taken devoted fans in all sorts of directions. From DX ports to creative new ideas in the form of spin-offs (Pokémon Quest, Pokémon Café ReMix) and even a long-awaited sequel, (New Pokémon Snap), and faithful recreations of  Pokémon Diamond and Pokémon Pearl call the console home, only these reimaged adventures are not the work of Game Freak, but ILCA. Although it must be said, Junichi Masuda is still onboard as one of the games’ two directors.

Ever since the remakes were revealed, there has been plenty of expressed disappointment. Many fans had been hoping that the remakes would be Let’s Go, Sinnoh! as the graphics for the Kanto reimaginings are absolutely stunning and feel like a natural, but continued evolution of the graphics as seen in the 2D handheld games. However, the developers decided to go in a different art direction for the Sinnoh Remakes.

Pokémon Brilliant Diamond and Shining Pearl are not just straight up ports with a new coat of paint either. The third version of the original Diamon and Pearl games, Pokémon Platinum, had features that weren’t included in the other two games but they have been implemented into the remakes Brilliant Diamond and Shining Pearl. It is rather baffling how these remakes came to pass and everyone on board has chosen to just seemingly ignore the Platinum content that has been added.

Many things about Pokémon Brilliant Diamond and Pokémon Shining Pearl, has sparked a number of debates, but today, we care not for what should have been and could have been, let’s talk about what is. True to form and official statements given, Pokémon Brilliant Diamond and Pokémon Shining Pearl are faithful 1:1 remakes that attempt to recreate the originality of the first versions, including a chibi art style that can be rather hit or miss at times. In the beginning, I was completely against it and disliked a lot of things about it, with the games feeling rather underwhelming and looking more kid-like, but I was wrong for my naivety.

The 3D models utilised, especially the Pokémon-based ones, are highly defined with detail and colour and so are the environments. Trees and some buildings might look a little lazy, but the close-up shots reveal a ton of details and there are many points where instead of the bare minimum being provided, ILCA has gotten creative with their creativity and created some of the best scenery and battle environments ever seen in a Pokémon game.

It is also still the classic adventures that cast Cynthia as the current Champion of the Sinnoh region and introduces players to Cyrus and his organization, Team Galatic. The story is just as engaging as it was the first time around, only now, there are some incorporated changes. With Amity Square, players can be joined by their cutest Pokémon, following them, and then get the option of having them follow them in the game’s overworld as well, but with so many Quality of Life changes at play, there can be no denying improvements have been made.

Like we’ve seen in recent gens, players can gain access to their Pokémon boxes without the need of a PC in a Pokémon Centre, the game’s UI, provided you’ve faced specific Pokémon in the past, will provide players with info on move effectiveness, exp. share across your whole team, auto-saves and then there’s the Pokétch. This watch-based device is impressive enough in its own right, especially when more apps are added to it, providing you with more uses for it, but the biggest feature being overhauled are HMs. Now, players need not concern themselves with teaching very specific HMs to their trusted Pokémon, but, provided they’ve learned how to execute them, now they can use HMs as many times as they want, thanks to the help of a random Pokémon that has the move.

One of the biggest changes going, however, concerns the Grand Underground itself. As a much-loved feature from the past, ILCA has made it bigger, thanks to Pokémon hideaways that players can create, store statues in, both regular and shiny, but then there are online features added and newly accessible areas available as part of the Grand Underground, where players can encounter rare Pokémon.

Super Contests have been overhauled as well, now giving players the means to not just have their Pokémon pose, but also adds a fun little rhythm game to the experience with each contest taking less time to complete than the competitions in Pokémon ORAS. Pokémon Brilliant Diamond and Pokémon Shining Pearl are still the game’s players remember, but all of these tweaks are a great way of bringing the games into the present, even if not every change is for the better as far as some are concerned.

Was Game Freak right in letting someone else handle remakes of classic main series games? After long and careful consideration, our answer is “yes.” We have all watched Nintendo do the same thing with Grezzo and The Legend of Zelda for years and Grezzo has really come into their own since then. Pokémon Brilliant Diamond and Pokémon Shining Pearl are not the 100% perfectly polished games that they could have been, as there are bugs aplenty (not referring to the bug Pokémon), however, there can be no denying there are many crucial moments where the remakes are absolutely stunningly gorgeous, especially backgrounds and battle environments.

What’s more, while these are not the remakes some hoped they would be, (complete with Platinum content, Megas supported and support for Pokémon that released after Gen 4,) at the very least, after 15 years since the originals first debuted, at least remakes of some capacity were created and now older Pokémon fans can experience Sinnoh once again, whilst newer and younger fans, can discover it for the first time and for everyone else, it’s a good stepping stone while we wait in anticipation for Pokémon Legends: Arceus.