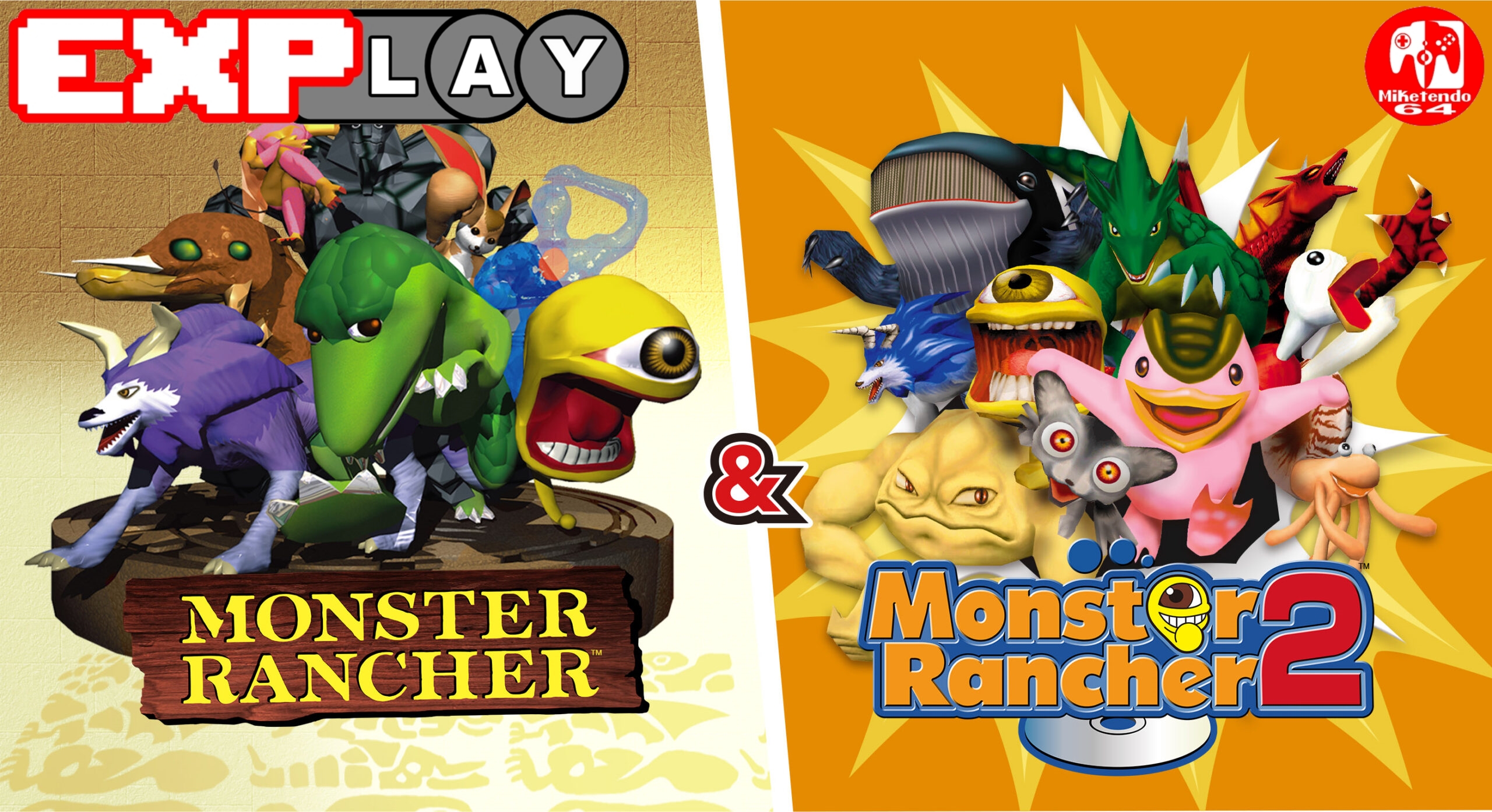 Welcome to EXPlay, (Explain & Play) the review series where we care not for scores but tell it how it is when it comes to every game we get our hands on, whilst also taking the time to include some lengthy gameplay, to give you the reader, the chance to shape your own impressions and views whilst watching and reading. In this instalment, we’re covering Monster Rancher 1 & 2 DX by developer Tecmo.

Who says you can’t farm monsters? Get ready for a true blast from the past as Koei Tecmo is bringing Monster Rancher back and not necessarily in the big way some players would have hoped. While it’s been quite some time since a new instalment was released, Koei Tecmo are here to take players back in time as they bring back the two earliest instalments in the Monster Rancher series, The two have been packaged together to deliver a 2-for-1 deal that might be a little too hard to pass up by the most dedicated of fans.

In a world where continents are divided, great troubles occurred and monsters were given life, Monster Rancher 1 and Monster Rancher 2 are both games set centuries after the devastation. Whereas monsters were once feared and had to be sealed away in disc stones, now humans can aspire to become breeders and raise monsters, taking great interest in their training and lead them into battle.

Except, battle in this case is not setting out on a grand-scale RPG adventure and fighting wild monsters who cross path with you but are actually arena-based. There are many tournaments occurring rather regularly with many different classes so the superior monsters can engage in superior battles befitting their rank, all whilst other humans sitting idly by, watching the barbaric conflicts of monster versus monster.

While it is true both Monster Rancher games sound simple in nature, they are at first, but as time goes on, players will discover these are both games with more depth than first realized. The monsters you get, yes you can raise them, train them, have them compete, and even scold them when they are naughty, but your monsters can get old and they can be retired. You will never be stuck with just the one monster but how they behave, how loyal they are to you, and how effective they are in battle all comes down to how you raise them and how best you spend your time with them.

Players can get it wrong and they will get it wrong. Each monster comes with a new learning curve and should you wish to make the most out of these two games in one package, the best way to learn is through trial and error, or online forums, but aside from the dated gameplay mechanics and dated graphics, what of the new features?

Well, a high-speed mode has been added so raising one’s monster no longer needs to take as long as it once did. More freeze slots have been added to the games, increasing them from 10 to 20. Players who love training their monsters can now access a training record feature so they can see how they spent each in-game week and there is even a new random battle mode.

For added extras, a total of 27 new monsters have been added to Monster Rancher 2, which is said to include monsters that were previously exclusive monsters to both the Japanese and English versions of the games, and, also for Monster Rancher 2, new background music has been composed to serve as the default BGM, but players still have the option to switch to the classic version should they wish to do so.

While Monster Rancher 1 & 2 DX may not necessarily be the Monster Rancher games fans have been craving for, at the very least it is a good start to remind the world of this classic series and see if it is of interest to potential new fans. Both titles will seem a little bland at first when you start playing each one, but the more time you’re willing to put into them, they more rewarding they become in return, especially since there are new features implemented that do make a difference.