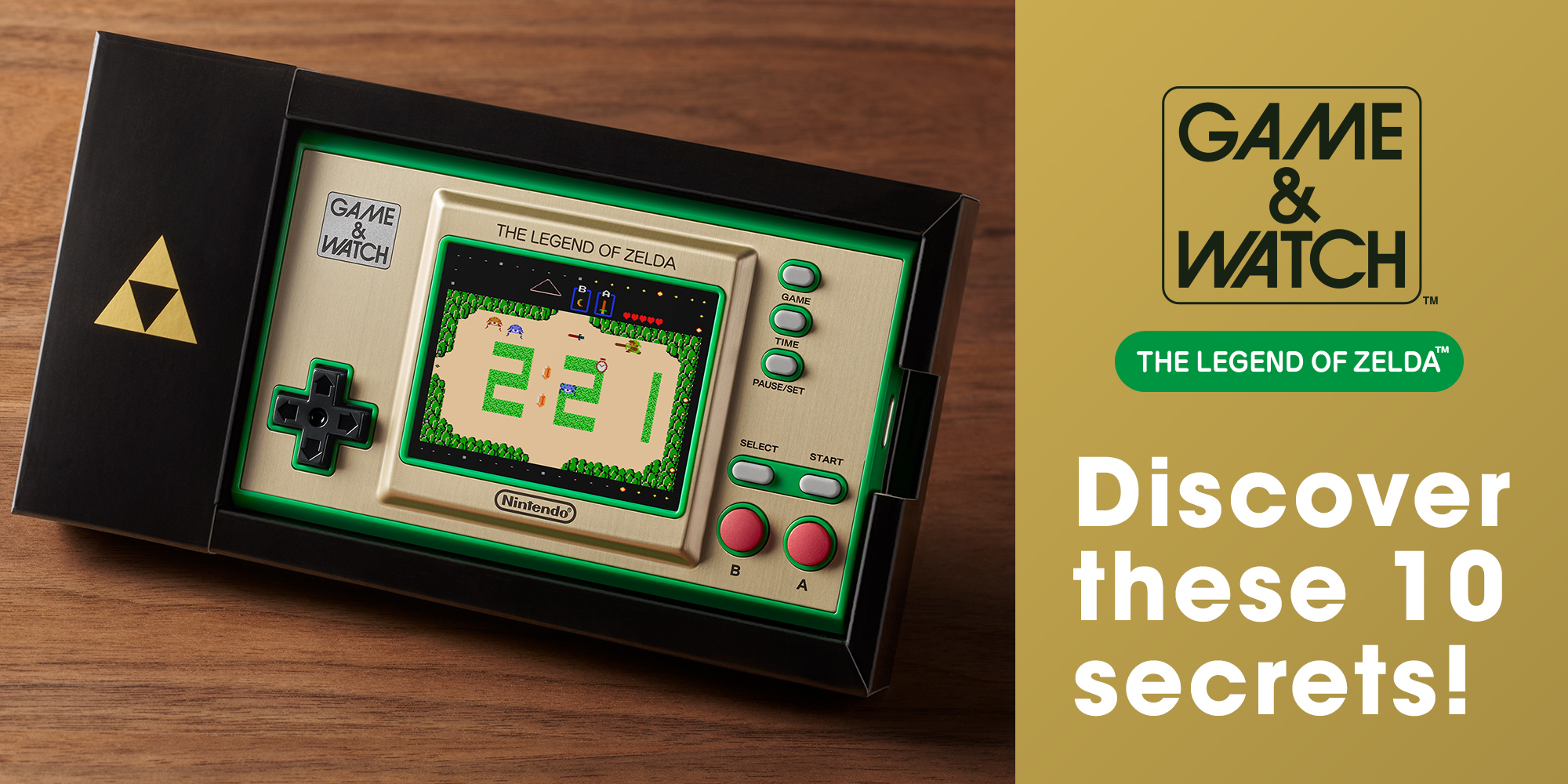 Nintendo UK has revealed ten secrets that are waiting to be discovered on the GAME & WATCH: The Legend of Zelda console. Most of these if not all of them have already been discovered by a number of media outlets and owners of the console but it is rather helpful of Nintendo UK to reveal each little Easter Egg officially.

Nintendo UK has listed the ten hidden secrets on their website but we have rounded up a few of our favourites which you can check out below.

The legend is in your hands!

Need a little extra help on your quest? In any of the three games, select a play file, then press and hold the A Button for five seconds and press the START Button to begin your perilous quest with the maximum number of hearts. In Zelda II: The Adventure of Link, using this command will not only max out Link’s LIFE gauge, but also his ATTACK and MAGIC gauges, while in The Legend of Zelda: Link’s Awakening, Link’s sword will be powered up to Level 2!

Completing The Legend of Zelda unlocks a more challenging version of the game called the Second Quest. However, if you’re feeling up to the task, enter the name “ZELDA” when starting a new game to access the Second Quest right away!

Save your game manually

If you turn off your console or switch to another game or the clock while playing, you can return to that game and pick up right where you left off.

However, if you prefer to save your game the good old fashioned way, try pressing and holding the A, B, START and SELECT buttons at the same time.

This command can be used at different times depending on the game:

Zelda II: The Adventure of Link

If you would like to know what the other secret features are for the GAME & WATCH: The Legend Of Zelda you can discover them on the Nintendo UK website.