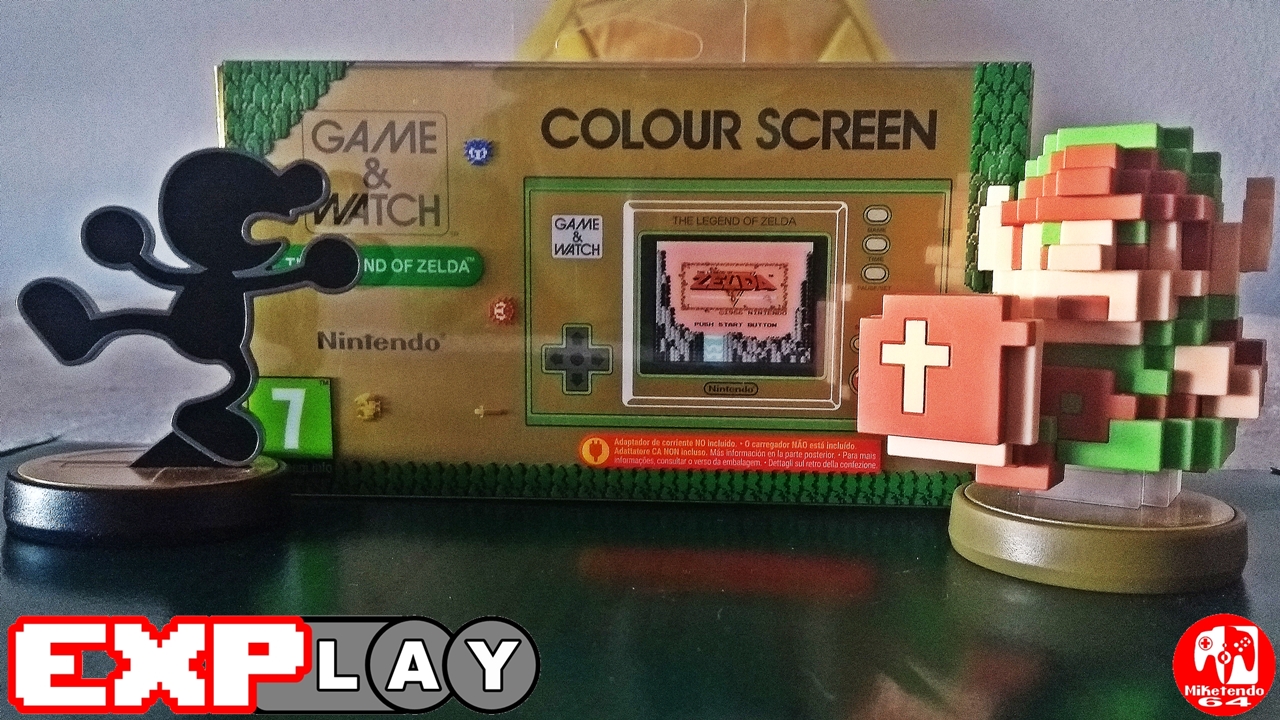 Hey folks, welcome to the feature series we call “EXPlay.” A series of feature articles where we share our experience on games (and consoles) we’ve recently played in the form of written views and captured gameplay footage. To kick off this installment, today we’re all about GAME & WATCH The Legend of Zelda by Nintendo.

The GAME & WATCH system is modelled after the original GAME & WATCH systems and is identical in form to the GAME & WATCH Super Mario Bros. system. There are a couple of key differences though. The Legend of Zelda system has a green backplate whereas the Super Mario Bros. system’s backplate is more of a Ramicom red. Everything else inside is pretty much the same with a full-color screen, a USB-C port for charging the device. It also comes with a USB-C to USB lead so you can plug it into any USB port or USB/AC adapter to charge the device.

The GAME & WATCH The Legend of Zelda system has not one or two but FIVE games built into it. There are three official Zelda games including The Legend of Zelda, Zelda II: The Adventure of Link, and The Legend of Zelda: Link’s Awakening. Then there are two GAME & WATCH special games including VERMIN, which features Link as Mr. Game & Watch and the Timer function also doubles as a minigame where you can try and kill as many enemies in the time limit. All games can be suspended at anytime and you can return to where you left off later. You can even play all three games alternatively and swap between them all without issue, though that might be a little confusing.

As well as the five different games that the GAME & WATCH The Legend of Zelda has to offer, it does possess a number of hidden features as well. For starters, even the screen that displays the time is somewhat playable to a degree. Link moves around the screen automatically within the confines of the room on the screen. You can take control of him at any time to fight the monsters and collect the rupees that have been used to make a colon between the hours and the minutes displayed on screen.

More features include that on the back of the console, it has an engraving of the Triforce and it will illuminate in dark areas. This is such a cool little feature and I would never have guessed if it wasn’t for someone making a remark about it on Twitter. Another cool feature is that by holding down the A button down for five seconds on some of the games will allow you to start the game with full health and max Stats. This is a cool little trick and it also works to unlock a GAME C in VERMIN.

The GAME & WATCH The Legend of Zelda is a remarkable little system and while it is mostly a novelty item to display and show off (it even comes with a cardboard frame so you can display the device anywhere you like), it is also pretty fun to play those those iconic Zelda games on.

What is definitely a treat is that the original Gameboy version of The Legend of Zelda: Link’s Awakening is one of the games included on the system and i have never actually played it before so it is a real treat for me. I do have the remake version on Nintendo Switch but I never had the chance to play the original game, until now.

For fans of the Legend of Zelda series, the GAME & WATCH The Legend of Zelda system is very much a “Must-have” item, be it for the novelty of the device or the nostalgia it brings. Much like the Super Mario Bros. model that released the year before, it can seem a little costly for something that can only play the few games it has installed on it (legitimately). Still, it is a lovely little collector’s item and will compliment any Zelda collection.