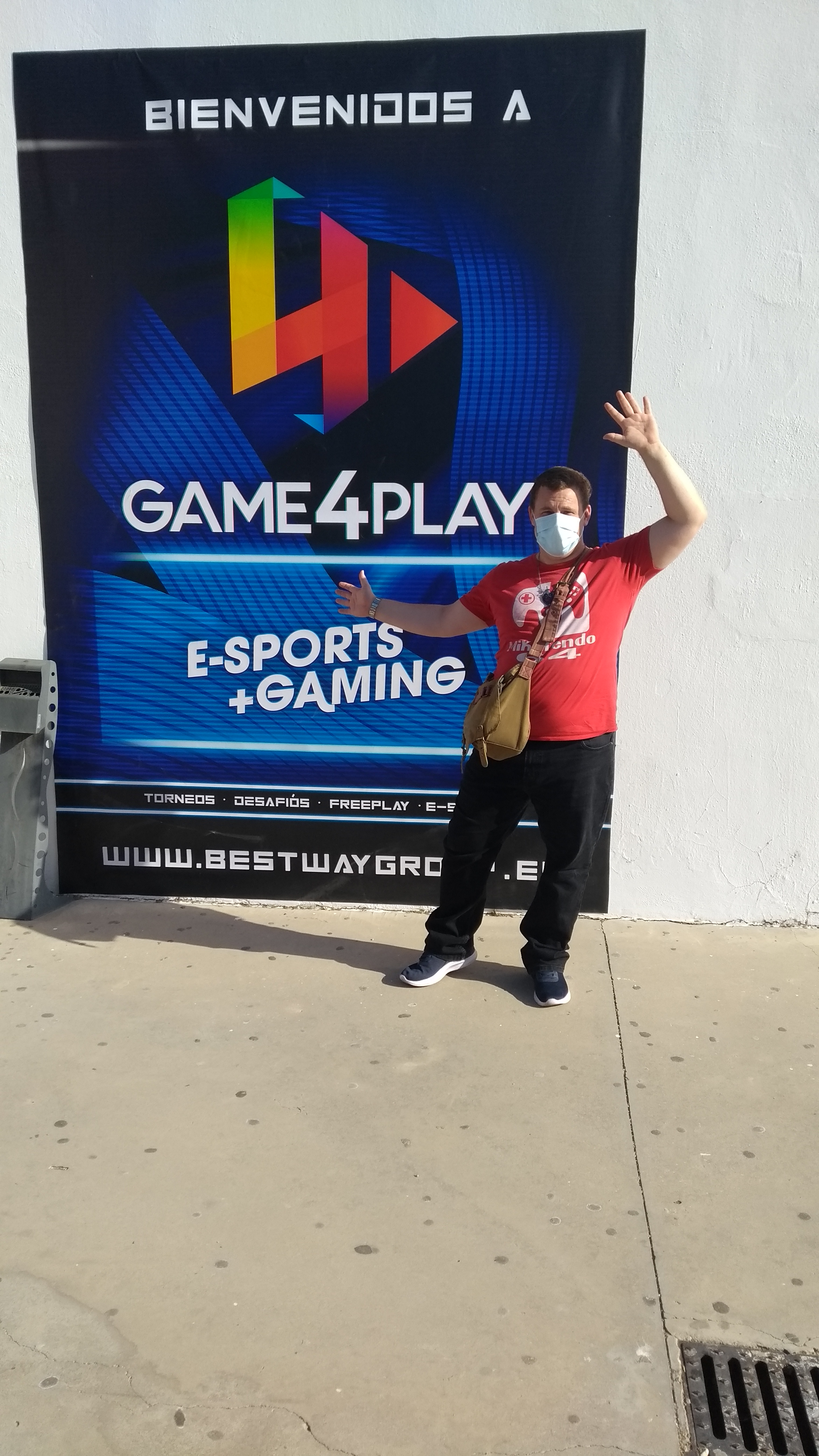 [Feature] GAME4PLAY Chiclana – A Quaint Event For A Fun Weekend

Earlier today I went to a local gaming event in Chiclana de la Frontera, Spain. The event was called GAME4PLAY and it was being hosted in the VOX Youth Center. It was quite a small scale event but seeing as it was literally minutes down the road from where I live and was free to enter, I thought it was at least worth checking out and went there with my partner Veronica.

GAME4PLAY focuses on Gaming and eSports. In the main hall it had three designated areas. At one end of the hall, there was the stage where activities like Wheel of Fortune were being hosted and guest speakers could talk to the audience. Alongside another wall were four monitors and game consoles set up for tournaments. In the center of the hall were multiple consoles hooked up to monitors that were available for free play. These included such games as Fortnite, Rocket League, Super Smash Bros. Ultimate, Mario Kart 8 Deluxe, Ratchet & Clank: Rift Apart, and Dragon Ball FighterZ.

Adjacent to the main hall were a few rooms also set up for gaming. There was a room dedicated to Virtual Reality with games like Beat Saber and Space Pirate Training. In another room were dozens of PCs set up for League of Legends and in the last room there were retro consoles set up like the Nintendo Wii, NES, PSX, and SEGA Mega Drive.

Veronica and I took the time to play a few games in the retro room. Together we played a couple of rounds of Tekken and a few races of Mario Kart: Double Dash. We could have played some games on the NES but because we have the NES mini and the NES – Nintendo Switch Online on my Switch at home, we thought it best to let others have the chance to play on the console.

While my time was reasonably short at GAME4PLAY, I had a pretty good time nonetheless. For the size of the event and what they were offering with the freeplay areas and tournaments that were open to anyone, I did have a pretty good time. It didn’t cost anything either but I will say that if there was a stall with merchandise for the event, I would have happily bought something. Especially, if it would help support the event and that it will hopefully make a return next year.

I do hope that more towns and cities will host their own video game events and conventions. These events are great for bringing people together and providing them with a means to try games that they may not get a chance to play otherwise. Hope to see you next year GAME4PLAY.