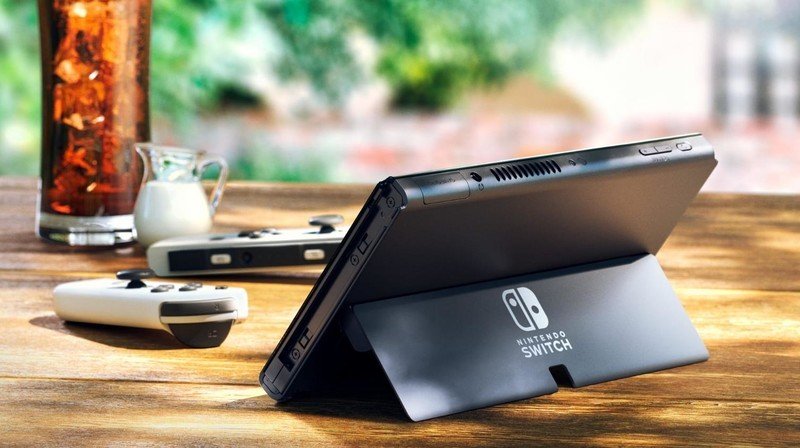 Halloween is just around the corner, so what better time than now to commence a series of lists dedicated to the many fantastic games worth discovering on the Nintendo Switch – OLED Model?

So, in this list of 8 games worth replaying for the Halloween season, we wanted to produce a list of games to cater to a larger audience, and instead of going the usual route of ghosts, ghouls and goblins, we wanted a selection of old, new, pixel and fear-based. Given the fact Metroid Dread is already a must-play title, especially on OLED, you will not find it on this list, but we hope you approve of the games we did select instead, which surprisingly enough, does not feature a single Resident Evil title, bizarre!:

There might not be any demons and general beasties in PlatinumGames’ ASTRAL CHAIN, but this action title was already a thing of beauty in its own right with stunning visuals, an insane soundtrack and fast-paced action that was very satisfactory indeed, but now it’s made even better when played in handheld on OLED.

The colours pop even more so than they did previously and it is so easy to get fully immersed, without even trying. This is one of the best Switch exclusives there is and OLED has provided the means to make it even better.

Just because we couldn’t have Dread on the list, there was no way we couldn’t include a metroidvania or two, so where better to start than with Axiom Verge? Developed by Thomas Happ Games, Axiom Verge hit the ground hard and won over most who played it. It became an instant classic and filled satisfy fan desires for a new Metroid game. The gameplay still feels fresh and invigorating to experience and the pixel artwork is sublime even to this day.

The best thing about Axiom Verge though is for those who revisit this beauty or discover it for the first time, just as soon as you hit the credits, you can always pick up its sequel, Axiom Verge 2.

During a time before Castlevania games became playable on the Nintendo Switch, Bloodstained was the closest thing we had to an official Castlevania series and as the wait for Bloodstained: Ritual of the Night continued, Inti Creates surprised us all by releasing the very impressive Bloodstained: Curse of the Moon and then they surprised us again a few years later, by developing a sequel.

What Inti Creates accomplish with pixelated 8-bit visuals, is a triumph and they took what was already a good game and found the means to create a great sequel and now we all get to enjoy the series once more, only this time, it becomes even easier to be overwhelmed by how stunning their pixel work really is.

It’s hell on earth, literally as developer id Software, issue DOOM Slayer with a brand new mission, now that the armies of hell have successfully invaded the planet. While the Switch version, gorgeous in its own right, can never truly compare to the versions available on other platforms, graphically speaking, it’s still one of the best first-person shooter games out there and what Panic Button did accomplish with the port, is a godsend.

So, with the OLED to hand, at least those loyal to DOOM on Switch can enhance their experience that little bit more and should they feel not quite ready to conduct a complete playthrough of the main game, don’t forget both parts of The Ancient Gods DLC is available now and it’s a whole lot of fun.

Little Nightmares is an absolute banger of a game and when Tarsier Studios added a sequel to the fold, it swiftly became a favourite here at Miketendo64. Heck, a video we shared to our YouTube channel, featuring a Six cosplay from Barcelona Games World, went on to become our most viewed video and Little Nightmares II is even more incredible than the game that came before it.

The story comes full circle and the contrast of shadows and night, are utter perfection, so while a third instalment doesn’t seem particularly likely at this point, both games are truly deserving of a replay or two and OLED adds to the terror and charm.

Hands down one of the most beautiful games available on the Nintendo Switch, what Next Level Games accomplished with Luigi’s Mansion 3, is utterly amazing. Like ASTRAL CHAIN, it is another of the best exclusives Switch has to offer that is utterly fun and now with OLED, its stunning visuals and fantastical soundtrack are made all the more noticeable and Luigi’s cries have never sounded better.

Shady Part of Me is a game I will never forget. What I felt and how the game got me to feel the way I did, is something that will stick with me over the next few years. Everything about this game was mesmerising and I have been looking for a reason to go back to it and there is no better reason than OLED. The 2D and 3D segments look amazing and the contrast of light and shadows become all the more alluring.

If you love a bit of Korean horror and need something to tide you over until the release of Fatal Frame: Maiden of Black Water, there is no better time to discover The Coma, a series of exploration-based horror games where nightmares become reality. The Coma 2: Vicious Sisters is a game filled with horrific visuals of monsters and beasties and the hand-drawn comic aesthetic absolutely shines under normal circumstances. Coupled with OLED, now it shines that little brighter.

We apologise for the lack of Darksiders, Outlast and Castlevania on this list, but similar to Metroid Dread, we felt they were too obvious as choices and opted for some lesser-known titles that we felt stood out all the more. We hope you look forward to our next list of games worth experiencing on OLED.