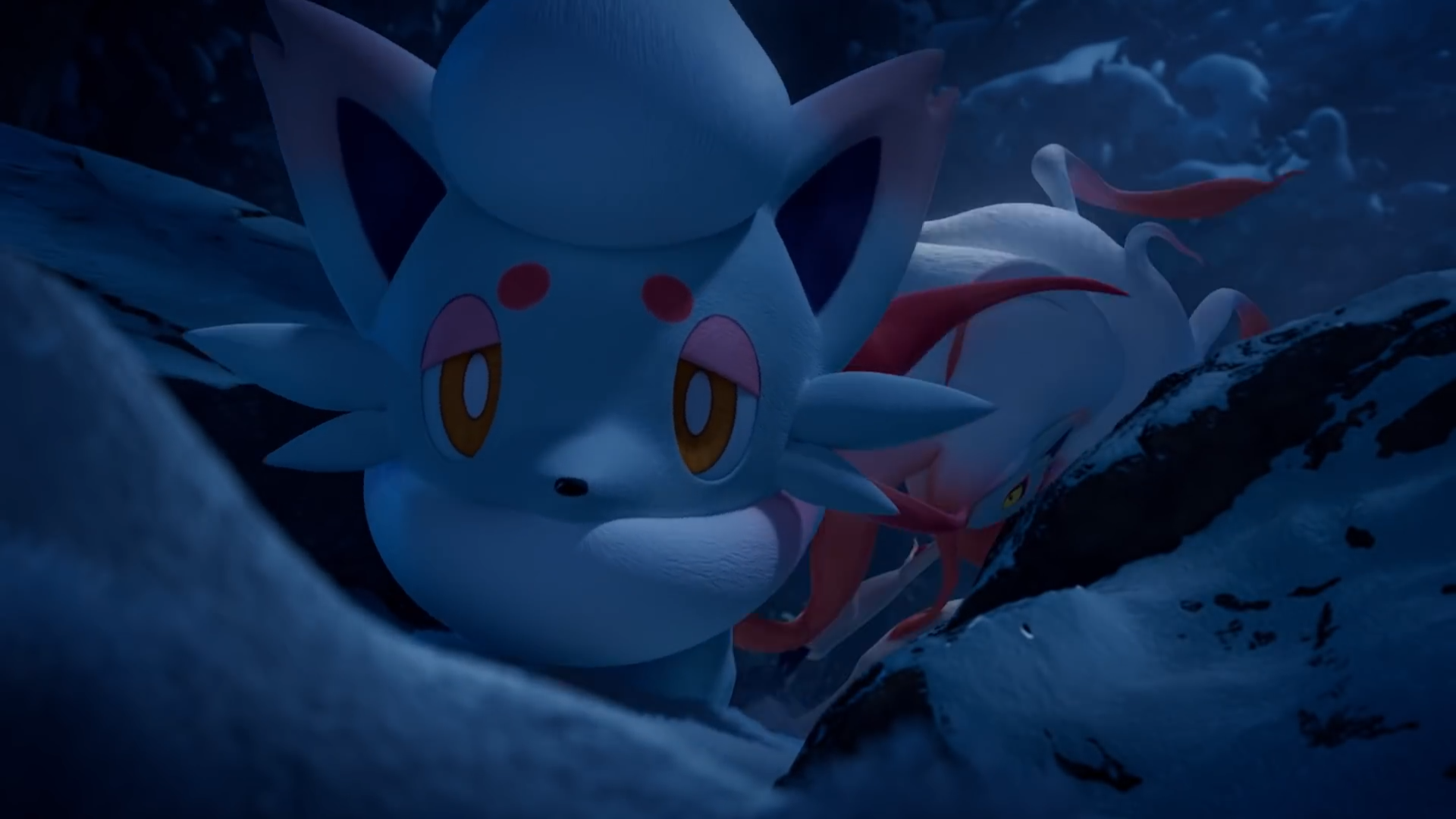 A few days ago, The Pokémon Company published a rather ominous teaser video of a researcher in the snowy tundra of the Hisui Region that will feature in Pokémon Legends: Arceus. The video itself was rather grainy (and intentionally poor quality) and only gave few clues in it’s attempt to reveal a new Pokémon. It left many viewers speculating on what the new Pokémon may be.

Now, The Pokémon Company has shared a new ‘cleaner’ video of the teaser and it does reveal two new Pokémon or rather Hisuian variants of Zorua and Zoroark. If you would like to see the new reveal video, you can view it below