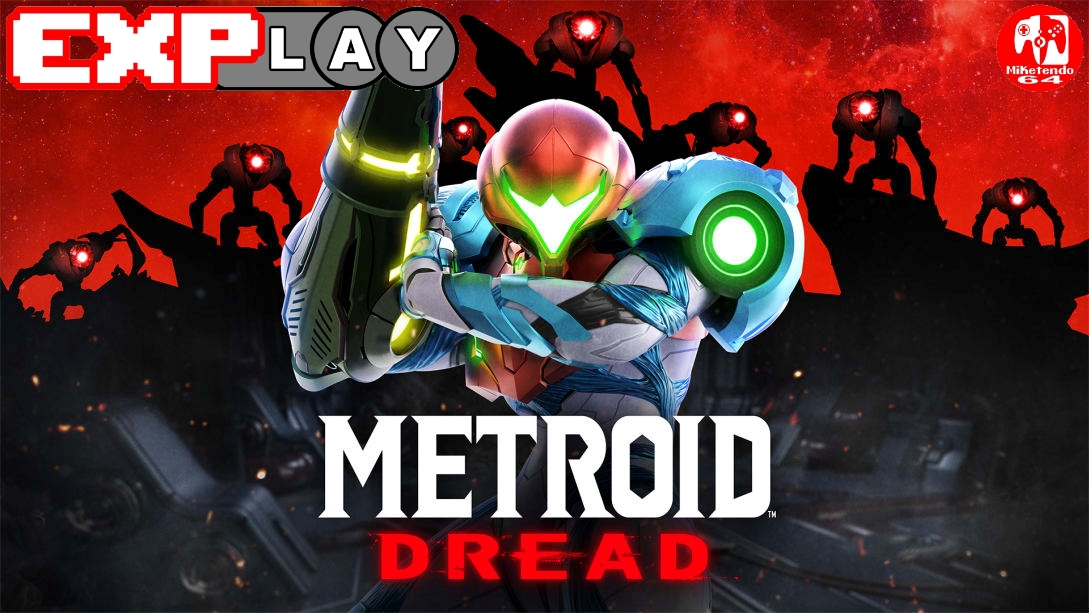 Welcome to EXPlay, (Explain & Play) the review series where we care not for scores but tell it how it is when it comes to every game we get our hands on, whilst also taking the time to include some lengthy gameplay, to give you the reader, the chance to shape your own impressions and views whilst watching and reading. In this instalment, we’re covering Metroid Dread by developer and publisher, MercurySteam.

For the bounty hunter who has seen it all and done it all, Samus Aran is back and she’s ready to undertake her most dangerous mission to date. Having already exterminated the Metroids and believed to have eradicated the X Parasites during the events of Metroid Fusion, the infamous bounty hunter finds herself on the hunt for them once more, only to discover other dangers await her on the dreaded Planet ZDR.

In an age where game delays and cancellations are expected, 2021 continues to be the year of great surprises. First, we had the likes of New Pokémon Snap release back in April after first being revealed in 2020 and then came E3 2021 with the revelation of a new 2D Metroid game, serving as the fifth instalment in the 2D saga, picking up where the story left off 19 years ago.

But, the story of Metroid Dread goes much beyond a 19-year wait. Long before it was a Nintendo Switch exclusive, it was a game that was first conceived with the first attempt taking place around 2005 and when it didn’t work out, a second attempt was made nearer to 2008. Both attempts for the sequel had the game planned for the Nintendo DS, but by the time a playable prototype was shown to Nintendo staff, the 2008 rendition, no longer titled Metroid Dread, sadly, it did not live up to Yoshio Sakamoto’s high expectations and development would become halted.

Fast forward to 2010, Sakamoto would confirm Dread was once a reality, but due to the hardware limitations of the Nintendo DS, the game he wished to release, was not able to come to pass. Then, still in 2010,  IGN’s Craig Harris would go on to say that the story for Metroid Dread had been “completed” and that the Big N would be free to “bring it back at any time”.

Skip ahead to the present, Metroid Dread is a reality with MercurySteam in the driving seat and what a reality it is. Platformers have come a long way in the last few decades, with game developers pushing pre-existing boundaries and pushing the genre to new heights and now Samus Aran gets to reclaim her throne and prove once and for all, thanks to unmissable gameplay and more.

Metroid: Samus Returns, was a formidable remake by MercurySteam. They were given the chance to work on a classic Metroid game and bring some new life into it and, to the displeasure of many, it was released solely on the Nintendo 3DS. Despite repeated cries for a Switch port, instead, we got something far better, MercurySteam’s efforts earned them the right to make something new, building upon the great ideas they were able to execute and together with Nintendo, they created the impossible.

So welcome to the Planet ZDR, home to a variety of regions filled with beauty. The level of artistic detail and flair stands out in every way, with an engaging contrast of colours utilised, but above all, scenery backgrounds are breathtaking, and just because the beasts in the background can’t hurt you, make no mistake, ZDR is no tourist destination. Enemies are everywhere, caution is advised, and when you do find yourself in an E.M.M.I. zone, encountering an E.M.M.I., run.

Run, jump and slide in any direction but the one that will see you head straight towards an E.M.M.I. Unless you are capable of countering their attack at the right time, Samus’ mission will come to an abrupt end. The E.M.M.I. are lethal and your only chance of destroying successfully comes via a very powerful source of energy that once used, disappears, forcing Samus to find another source where possible.

Samus is not the hunter, she is the hunted, but she refuses to give in to the fear that will follow players throughout the experience. A fact that is all too evident during the many 3D cut-scenes featuring her and her sassiness. Samus knows she is best bounty hunter in the galaxy and when you do encounter the game’s boss battles and do well to survive them, you will be greeted with fantastical clips that show off just how deadly and amazing Samus Aran, really is.

With regards to the actual gameplay itself, Metroid Dread utilises many of the key details that first put Metroid on the map. There is still a huge focus on explorations and uncovering upgrades in secret areas, your progress in certain areas will be halted, forcing you to proceed elsewhere until you are able to gain access to upgrades such as the Morph Ball, Screw Attack, obtaining the Varia Suit and so much more. Once acquired, players are free to revisit earlier areas, earning themselves upgrades such as Fuel Tanks and increasing Missile Capacity, very useful items should you wish to locate Kraid and watch Samus devastate him in style.

Should Metroid Dread prove a little too difficult at times, don’t forget amiibo functionality is supported in the form of Metroid amiibo going, from the Super Smash Bros. series, Metroid: Samus Returns amiibo, and the brand new Samus Aran and E.M.M.I. amiibo that released alongside Dread, but unfortunately, for those of you who wish to use the brand new amiibo for a new fuel tank and expanding your missiles, sadly for those in Europe, the new amiibo are not available until next month. It’s a shame, but it doesn’t mean you can’t beat the game without them. They are a nice add-on and a fine collectable, but they are not a necessity,

Nintendo did right to go all out with their promotion and publicity for Metroid Dread. It is a truly formidable title that, yes, can be called short when compared to many other first-party Nintendo games on the Nintendo Switch, but every hour spent playing it, is an hour you will remember and even when you beat it, you will be tempted to play it again. In conclusion, Metroid Dread is more than just a “Game of the Year” contender, it’s a “Game of the Century” contender and out of every game we’ve seen released this year, Nintendo was right to make this the game they released alongside the brand new Nintendo Switch – OLED Model.