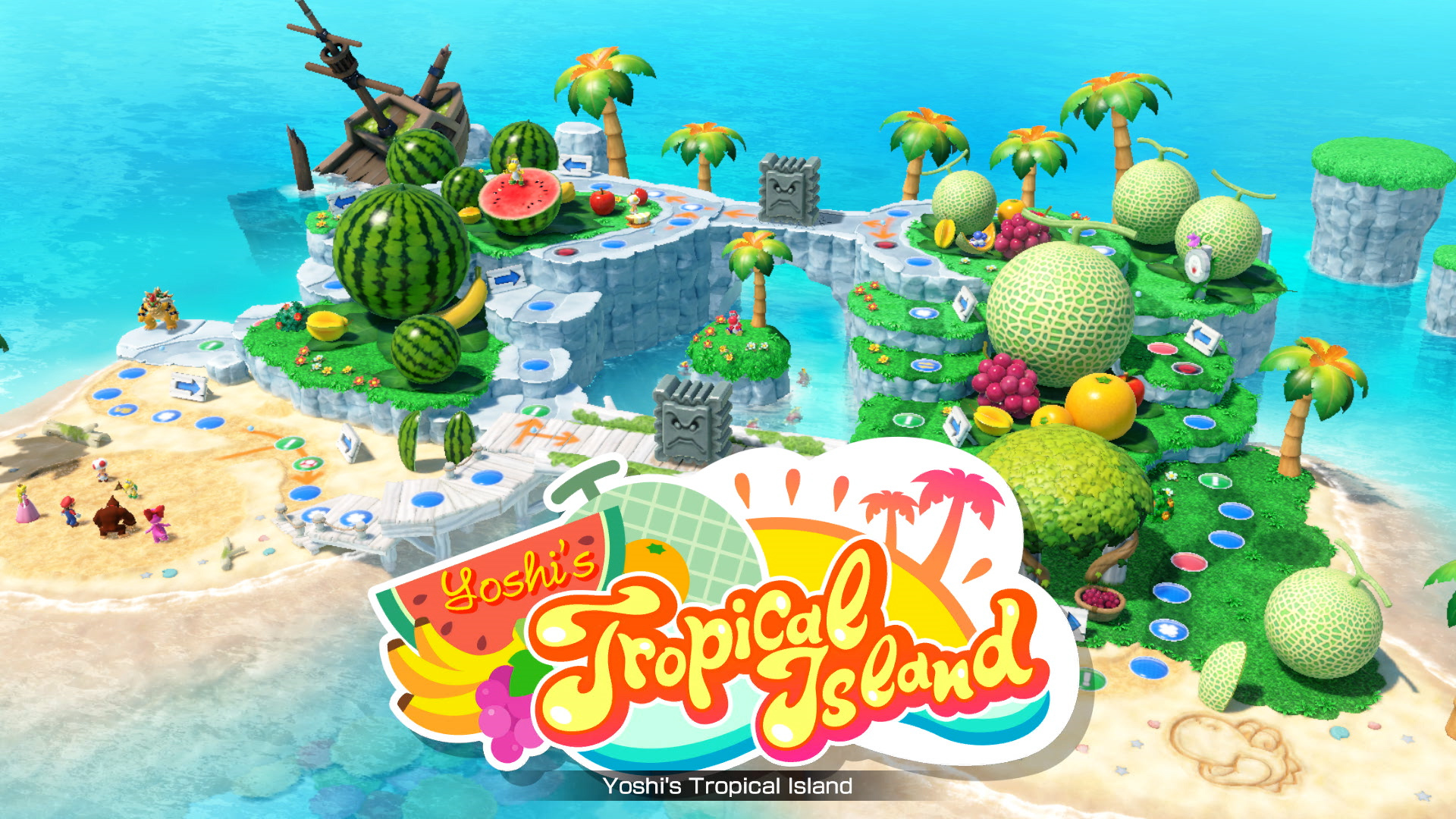 Nintendo UK has taken to Twitter to share screenshots of five boards that will be appearing in Mario Party: Superstars These boards hail from the Nintendo 64 era of Mario Party Games and have been given a modern makeover for the Nintendo Switch Game. Each board has its own types of events from NPC’s swapping places, disorientating paths, or NPC’s stealing your coins or stars!

Below we have the initial tweet from Nintendo UK followed by the images and short bios that were included in the consequent tweets.

Five boards from the Nintendo 64 era make their return in Mario Party: Superstars, each one jam-packed with zany events.

On Yoshi’s Tropical Island, Toadette’s got the star, but she might swap places with Bowser!

On Peach’s Birthday Cake, plant some Piranha Plants to gobble up your opponents’ coins!

On Space Land, beware of the Bowser Coin Beam. Avoid it or say goodbye to all your coins!

On Woody Woods, the direction keeps changing! Can you find the right path forward?

On Horror Land, King Boo appears at night. Better hope he steals your opponents’ stars and not yours!