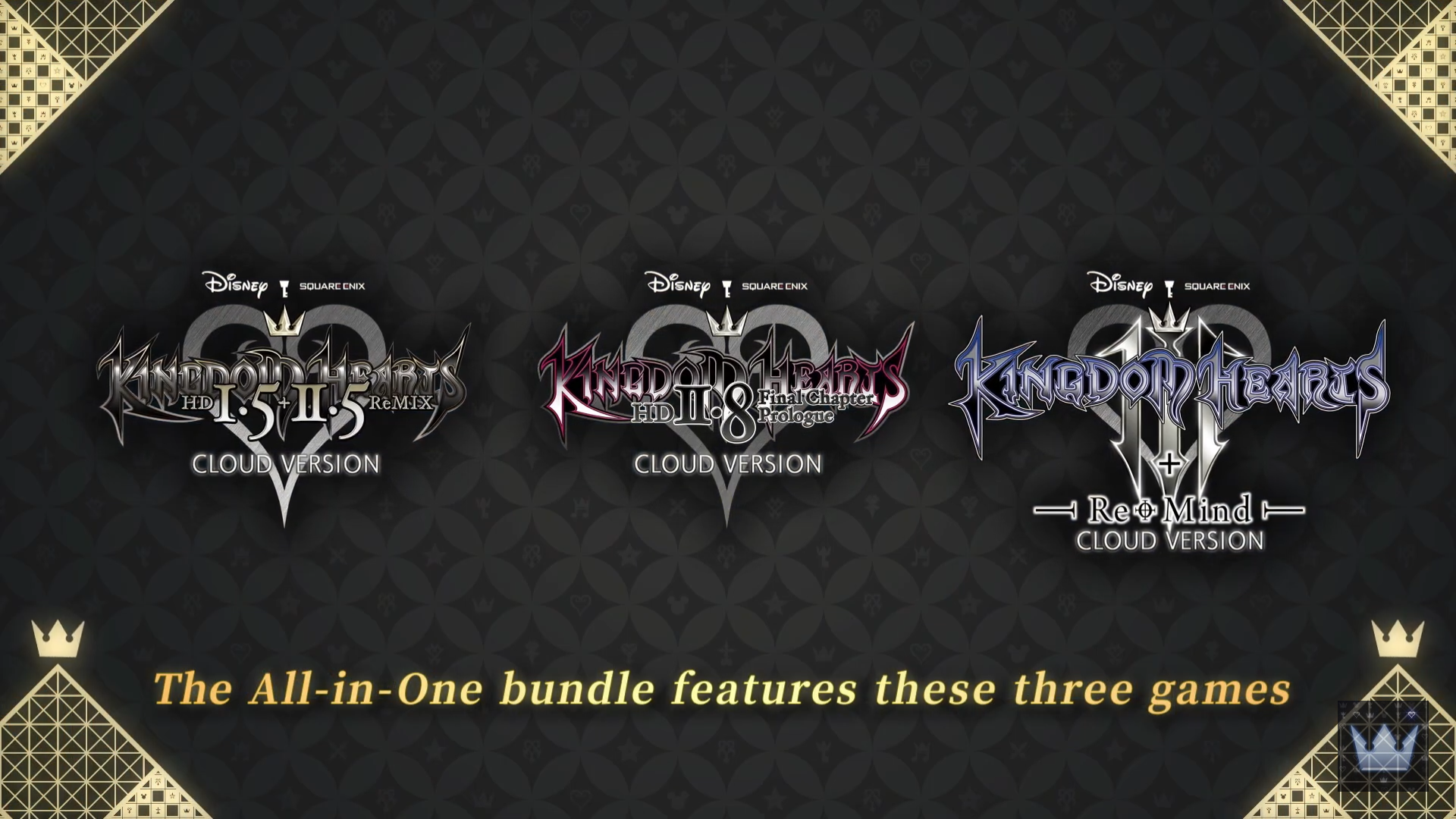 LOS ANGELES (Oct. 5, 2021) – In the lead up to the 20th anniversary of KINGDOM HEARTS in 2022, SQUARE ENIX® and Disney today announced that 10 magical KINGDOM HEARTS titles will make their long-awaited debut on Nintendo Switch as three standalone cloud releases. The streaming versions of KINGDOM HEARTS, the best-selling action RPG series, will be available to purchase individually and as the all-in-one KINGDOM HEARTS INTEGRUM MASTERPIECE for Cloud collection.

The notable KINGDOM HEARTS franchise was first released in 2002 by SQUARE ENIX, and led by legendary game director Tetsuya Nomura, thus launching the longstanding collaboration between SQUARE ENIX and Disney. Since then, over 35 million copies have shipped worldwide. Nintendo Switch players, who have eagerly awaited the arrival of the series’ back catalog on the platform will now be able to join Sora, Donald, Goofy, and many other Disney characters on adventures through the “Dark Seeker Saga,” spanning from the original KINGDOM HEARTS to the critically acclaimed KINGDOM HEARTS III + Re Mind (DLC).

A full list of cloud version KINGDOM HEARTS titles coming to the Nintendo Switch can be found here: https://square-enix-games.com/en_US/news/kingdom-hearts-switch

Additionally, the entire story of the popular mobile title, KINGDOM HEARTS Union χ [Cross], is available for players to relive or experience for the first time in theater mode through the offline version of the app. The final chapter of the spinoff story, KINGDOM HEARTS DARK ROAD, will also be released this winter. The KINGDOM HEARTS Uχ Dark Road app has surpassed 10 million downloads, and soon players around the world can look forward to experiencing the long-awaited conclusion to this prequel story.

It was also announced today that a KINGDOM HEARTS 20th Anniversary Event will be held, with further details to follow. Fans also got a first look at new 20th Anniversary merchandise items coming in 2022.

To view the KINGDOM HEARTS 20th Anniversary Trailer recapping of all the announcements made today, visit here: https://youtu.be/tivlrT6TSHA

The KINGDOM HEARTS series cloud version games will be available on the Nintendo Switch and are rated E10+ by the ESRB. The KINGDOM HEARTS Uχ Dark Road app is currently available for iOS and Android devices. For more information, visit: www.kingdomhearts.com