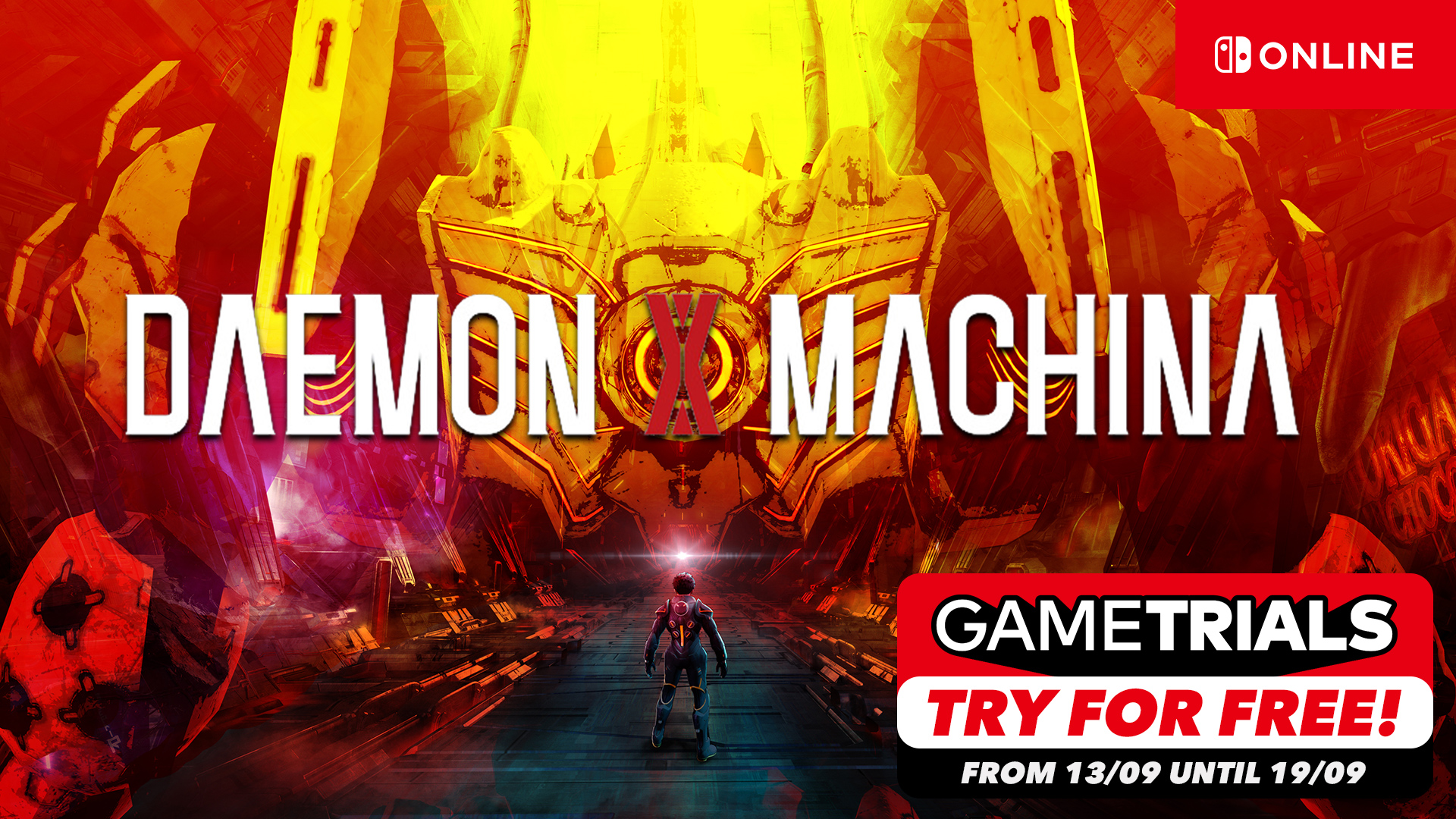 Currently confirmed for Europe and Japan.

Just in case the original prototype demo for Daemon X Machina wasn’t enough to win potential fans over, how about getting the chance to play the completed game for free? As long as you’re a Nintendo Switch Online subscriber, you will be able to play Daemon X Machina for free as the latest game trial between September 13, 2021 – September 19, 2021.

Suit up, #NintendoSwitchOnline members! You can try out #DaemonXMachina for free next week.
Download now so you're ready for action when the Game Trial starts 13/09: https://t.co/Vie8sVpewv pic.twitter.com/qBZbFMnL94

When the moon tore apart, the sky bled red with light, ushering in an apocalyptic new age…and to survive, you must fight. As a mercenary, defend Earth through high-speed combat against corrupted robots in a series of missions from the cockpit of your Arsenal, a fully customizable mech. Equip your Arsenal with a vast array of parts and weapons, obtain more from downed enemy Arsenals, and swap them on the fly to suit your strategy in the face of ever-rising threats.

In this brand-new action game from Kenichiro Tsukuda (Armored Core) and mech designer Shoji Kawamori (Super Dimensional Fortress Macross), your environment is your ally. Collect and use Femto Energy on the field to boost your stats and create powerful mirages; or wield objects like cars and street signs as melee weapons and projectiles. For even more power, upgrade your physical combat abilities and learn new skills through body modification. It’ll also come in handy when you eject from your Arsenal and fight on foot using special weapons and abilities.

While not a keen hit by everyone’s standards, Daemon X Machina is a challenging, but fun to play fast-paced, mech-based shooter from Marvelous that we thoroughly enjoyed when we played it in our review.