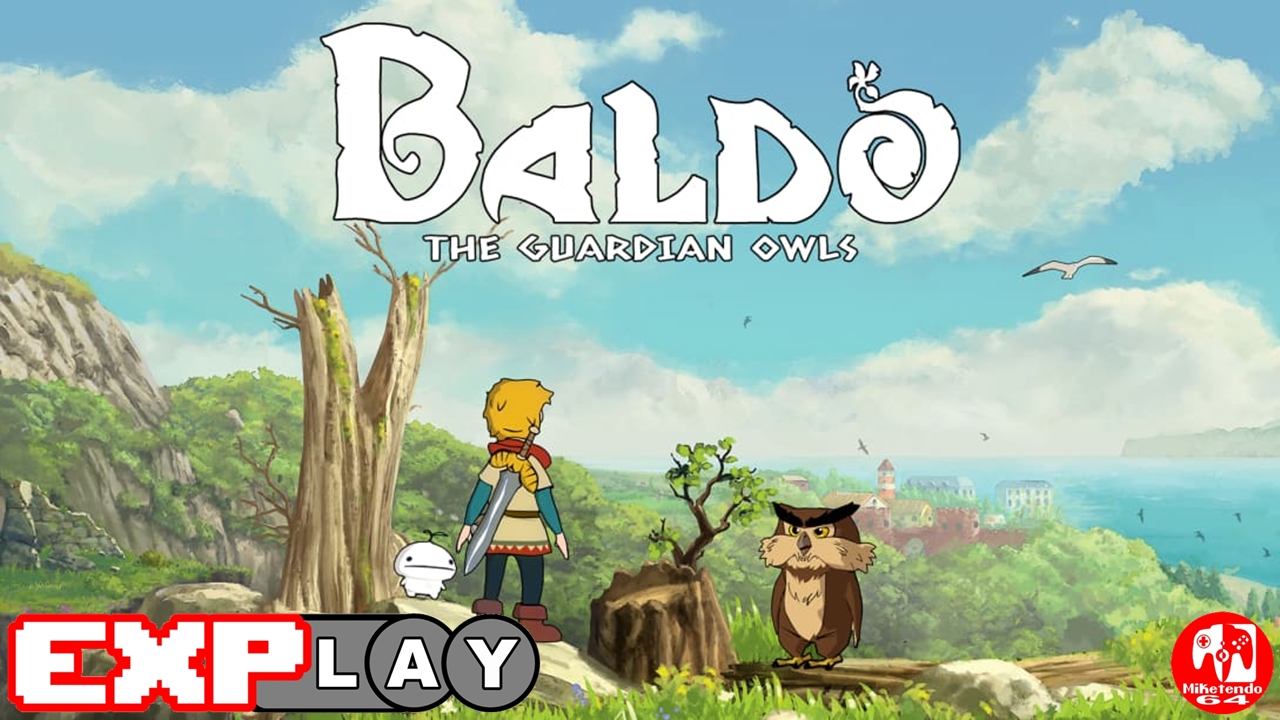 Welcome to EXPlay, (Explain & Play) the review series where we care not for scores but tell it how it is when it comes to every game we get our hands on, whilst also taking the time to include some lengthy gameplay, to give you the reader, the chance to shape your own impressions and views whilst watching and reading. In this installment, we’re covering Baldo: The Guardian Owls by developer Naps Team.

Baldo: The Guardian Owls: (The Explanation)

Baldo: The Guardian Owls was one of my most anticipated indie titles. I had immersed myself into following the game trailer and developer blogs covering the game over the last few years. Baldo has a unique art style reminiscent of a Studio Ghibli film and looks spectacular in motion. There are cutscenes and well-animated bits throughout the game that feel like they could be a short film. Most gamers know, however, that graphics don’t necessarily make for a great game.

Baldo does a lot of things well. It has a world that is creative and vibrant and feels lived in and traversed by its numerous NPCs. You start off the game with your friend, Luna, within your village tasked with helping your grandfather uncover the truth about the Guardian Owls. Like any good action-adventure game though, your neighbors will interrupt your journey and request your help on side missions. Early in the game, you will be asked to gather some chickens that have gotten loose, help restore some cabbages, sneak into an old tower, and search an abandoned cavern.

You move Baldo with the left stick through the isometric, fixed-camera world. He can dodge and roll and run, using a bit of stamina by selecting B or LB respectively. Once Baldo acquires some items you can select them and use them with A, or hold A to choose another item. Press X will allow you to use items like eating food to replenish health or use the owl horn to play a song when on special ground tiles to activate puzzles. Baldo has a menu system using the minus (-) button which can be a bit tedious to navigate through with shoulder buttons and the D-Pad to see the map, quests, and inventory.

The world of Baldo is huge. You can purchase maps from a vendor but they come at a huge cost. It’s important to dig holes in the soft ground you come across, cut down bushes that shimmer, break pots, and open chests to find coins that can be used at shops you come across. Baldo contains all the tropes of games in the genre, but its unique world begs to be discovered.

Where Baldo struggles a bit, at least for me, is in its spiked difficulty and clumsy controls and direction. The early game is difficult. I entered the first dungeon and found that death was around nearly every turn. As you move through the opening dungeon there are enemy tentacles that whip out at you with great length that can deplete your health quickly. There were also times where Baldo would get stuck on items within the room or fall through a crack in the floor to his death. Some of these I could avoid, but there were times where the foreground hid those traps from me due to the fixed camera. The puzzles were not particularly difficult it could help though if the game had a bit of focus and direction helping you understand where you were to go next.

After getting defeated a few too many times by the first boss, I had decided to retrace my steps out of the dungeon to do some sidequest which I recommend. This way at least you can gather some hearts and food for when you are working through the first dungeon. If you do die in the game, and you will die a lot, you will quickly be back in the game at the last doorway you entered through. I can forgive the game for being difficult, except for that the Studio Ghibli art style and ‘cuteness’ of the cinematics lean more towards a younger audience and generally easier game style. That isn’t to say that games can’t look child-like and playful and be difficult, it’s just there’s an expectation there that seemed to be different than the final product.

There are also some janky issues with the game, like infinite loading screens and puzzles that get stuck for some people on various platforms. While I only ran into one issue where a chicken could not be found without restarting the game; I didn’t find anything game-breaking. The developers have been responsive in their plans to release patches and updates in the future. One thing to remember when playing Baldo: The Guardian Owls is that this game was made by two people.

I have a hard time recommending 100% whether you should jump into Baldo: The Guardian Owls in its current state. There’s a good game here, though currently the various little nitpicks I have with it make it hard to say it’s a game that is for everyone. If you don’t mind some obtuse game decisions and some genre staples within your games, Baldo may not be for you. If you like the challenge and don’t mind dying and retrying a lot you may find yourself enamored with the world that has been created.

Baldo: The Guardian Owls: (The Gameplay)