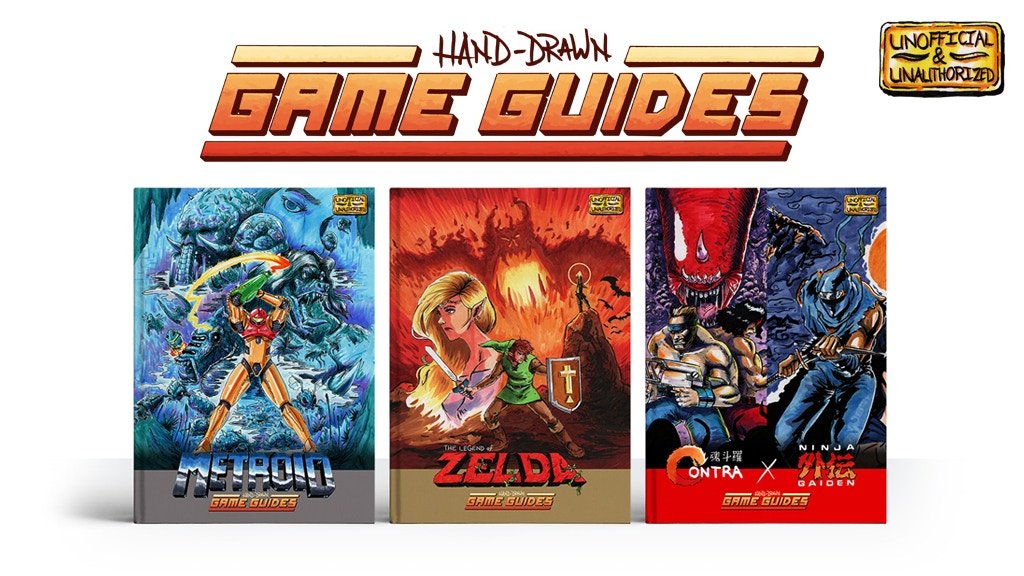 After the Hand-Drawn Game Guides Kickstarter project was unfortunately canceled, it wasn’t too soon before both fans and media began reporting on the why. As with most fan projects and such, it is usually because a cease and desist was issued but this was apparently not the case for this project. the guy behind the project, Philip Summers, has published a new statement regarding why the project had to be canceled.

As you all hopefully know, we cancelled the project this past weekend. After doing so, we faced a pretty intense response. People added their own assumptions that were, in many cases, not true. So we wanted to take a moment today to set the record straight on a few things! Here we go…

1) We did not receive a cease and desist.

A number of gaming blogs/sites have reported the cancellation as being forced on us due to a threat, cease and desist, angry CEO banging on our door, etc. It’s nothing so exciting. We were contacted by a lawyer suggesting there may be concerns held by a game company. That’s it. So…

2) We, alone, made the decision to cancel.

Yes, we know that Kickstarter has tools in place to put projects on “hold” so that any sort of copyright dispute can be resolved and a project may be allowed to proceed or not. We decided against doing this for two reasons: 1) an abundance of caution, and 2) this all happened too close to the goal for Kickstarter to respond.

See… it’s possible that Kickstarter may decide to allow funding to proceed. That means all of you wonderful Backers would be charged and we’d be required to deliver rewards. But what happens if, after that, a game company does force us to cancel production? We’d be in a very bad place where we can’t get you your books, but also couldn’t afford to refund everyone 100% because Kickstarter/payment processor fees do not refund to us in the event we decide to refund Backers.

The only safe move was to pull the project for now.

3) No one was charged anything.

There is no worry about refunds because no one was charged one dime. By cancelling the campaign, all charges are cancelled as well.

4) Attacking game companies will only hurt us and the project further.

We have yet to have our meeting to discuss how we can remedy the issues expressed by the lawyer who reached out to us. We don’t want to create any additional concerns because things “blew up in the press.” Please understand that when you write anything that attacks game companies based on assumptions that are untrue, it can worsen the problem and hurt us in the process.

5) We remain hopeful we will be back soon!

Again, we don’t even know what these concerns are. There are similar situations that have happened before with people trying to make gaming-related books. We are hopeful we’ll have good news for you soon and will be allowed to relaunch the campaign… with the blessing of the game companies!