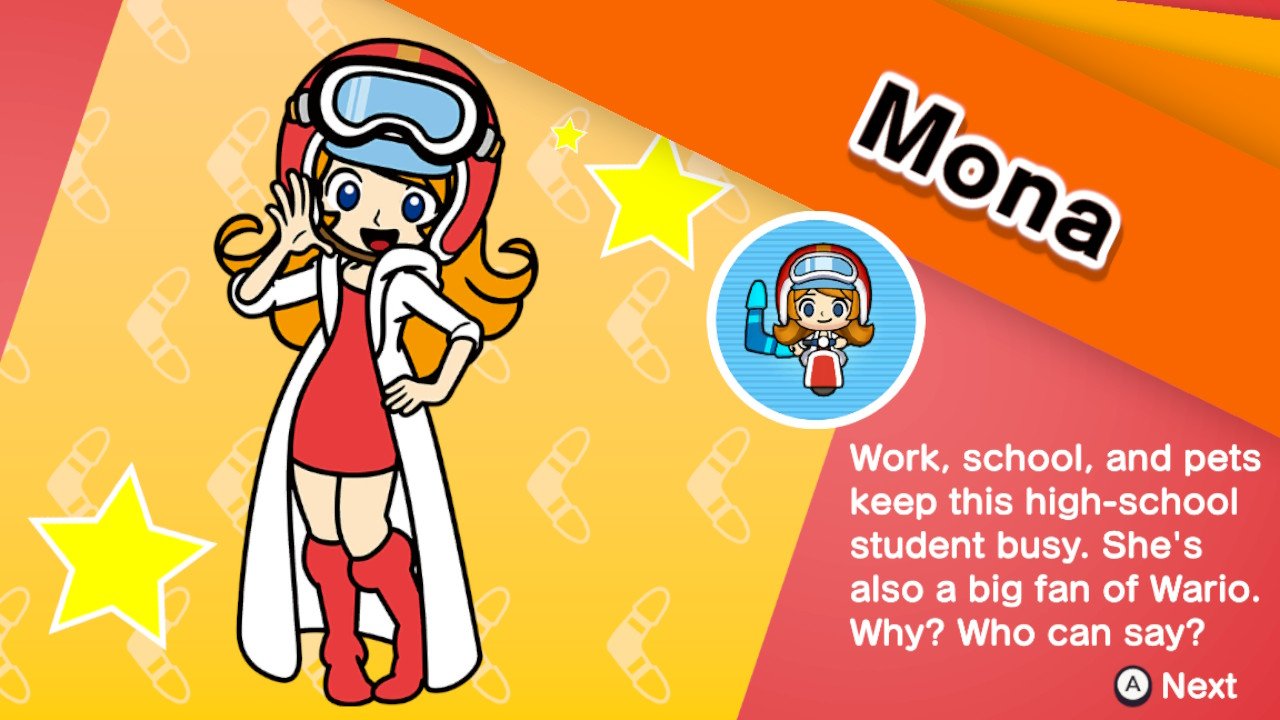 [Guide] An Introduction to the Characters & their Abilities of WarioWare: Get it Together!

With the WarioWare: Get it Together! demo out now, players can play it as much as they want and go hands-on with characters such as Wario, Mona, Kat, Ana, Young Cricket and Orbulon, but with so many others available in the main game, here’s a quick introduction on the game’s playable characters and how their playstyles/special abilities differ:

Special Ability: Runs and leaps high into the air. You know—like a cricket?

Special Ability: Jumps continuously and throws shuriken to the right.

(Only available in 2-player/Variety Pack mode)
Special Ability: Jumps continuously and throws shuriken to the left.

Special Ability: Blasts shots from the right side.

(Only available in 2-player/Variety Pack mode)
Special Ability: Blasts shots from the right side.

Special Ability: Zooms around on her scooter and throws a boomerang in any direction.

Special Ability: Glides through the air and blasts music notes straight up.

Special Ability: Glides left and right on a skateboard and throws a yo-yo above.