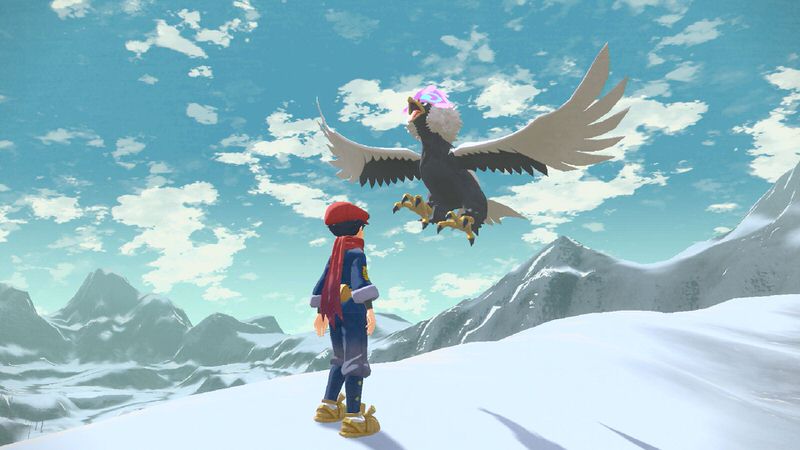 Before there was Sinnoh, there was Hisui and with the upcoming Pokémon Legends: Arceus, players will get the chance to go back in time and embark on a Pokémon adventure unlike any ever encountered and so it is time to bring back “Who’s That Pokémon?” and introduce some of the new Pokémon players can expect to encounter. In this instalment, we’re learning about Hisuian Braviary:

When Rufflet in the Hisui region evolve, they become Hisuian Braviary. In the winter, this Pokémon flies in from somewhere farther north. It’s larger than the previously discovered form of Braviary and tends to live alone rather than in flocks.

Hisuian Braviary can imbue its eerie screeches with psychic power to generate powerful shock waves. It then uses its sharp talons to tear at and seize prey weakened by these shock waves. Apparently, it can also use its psychic power to sharpen its sixth sense and enter a trance that boosts its physical abilities.