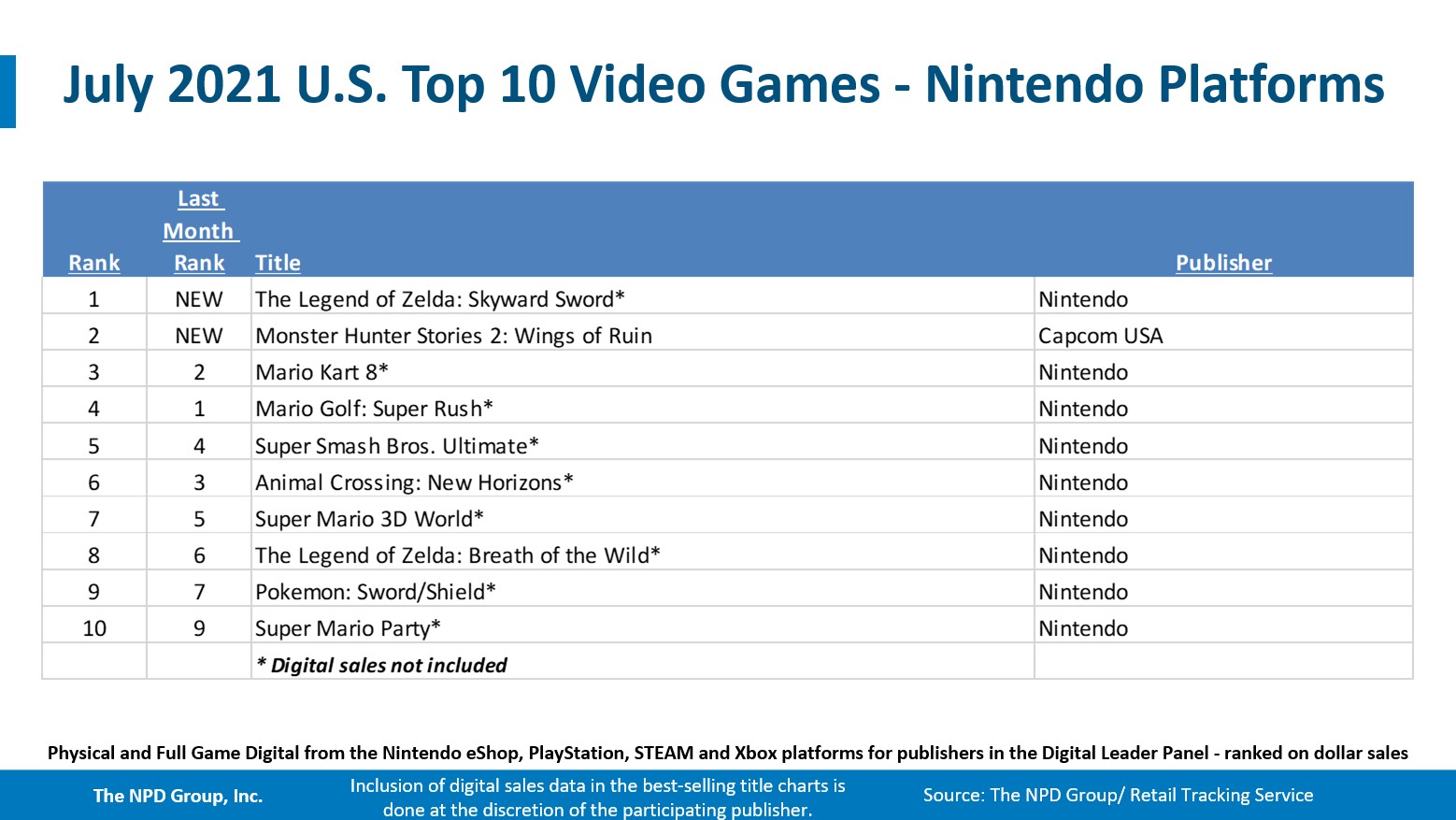 With only one week between Monster Hunter Stories 2: Wings of Ruin (July 9, 2021) and The Legend of Zelda: Skyward Sword HD (July 16, 2021), as far as July 2021’s NPD report is concerned, the two games have done very well for themselves. Among the Top 10 video games for Nintendo Platforms in the US, Skyward Sword HD and the Monster Hunter Stories 2, have both managed to claim first and second place.

It might not sound overly impressive straight away as both games are new releases for this month, but in Monster Hunter Stories 2’s case, a game that Capcom had announced surpassed 1 million sales in just 11 days, but we know now the game has also completely outsold its predecessor and has tripled the first game’s lifetime sales.

So the fact that Skyward Sword HD is sitting above it is even more curious when you consider the fact it did release later in the month and that it only sold 195,000 units during its initial release as Skyward Sword in Japan, back when it was a Wii game. Since the reveal of the HD version, there has been plenty of controversy surrounding it, so it will be interesting to find out just how successful this new version is when you consider it was once the fastest-selling entry in the Zelda series back in 2011.

Only despite the success, it did have, the last reported sales figures (December 2011) for the Wii version put it at 3.41 million units sold worldwide, with only 380,000 units being sold in Japan. Only time will tell just how well the new version has performed, but judging by the performance of both games in this chart, they are off to a strong start.