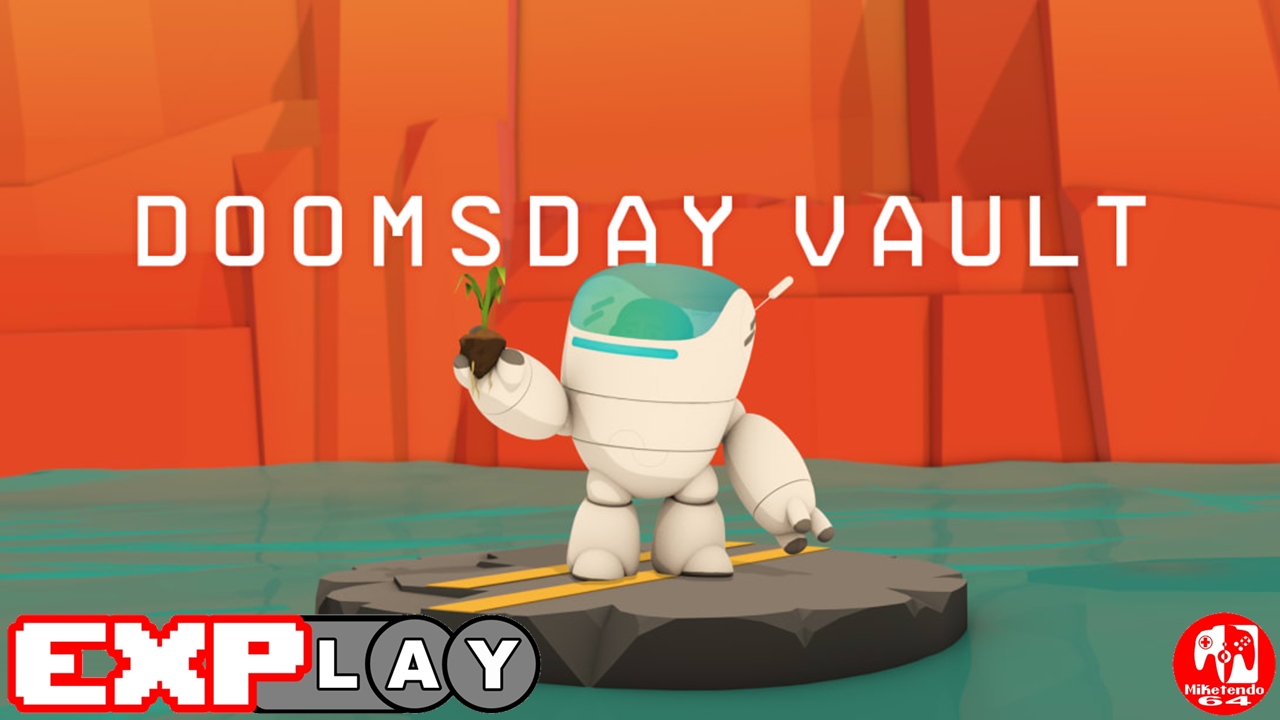 Welcome to EXPlay, (Explain & Play) the review series where we care not for scores but tell it how it is when it comes to every game we get our hands on, whilst also taking the time to include some lengthy gameplay, to give you the reader, the chance to shape your own impressions and views whilst watching and reading. In this installment, we’re covering Doomsday Vault by developer Flightless.

Doomsday Vault is an indie game developed by Flightless. It tells the story of a lone survivor who explores derelict ruins of civilizations past in the hopes of finding plant seeds. With these seeds, the survivor can take them to their Doomsday Vault where the seeds will be fertilized and grow crops.

Doomsday Vault has two main game modes. There is the Adventure mode that tasks the player with collecting seeds across 14 areas or stages, and then there is Challenge mode. The Challenge mode has ten challenges (with more challenges on the way) that will put your running, collecting and survival skills to the test. Completing the challenges will put your name on an online leaderboard that shows your position and the top five ranking players.

In Adventure mode, there are four distinct biomes: Flooded City, Spaceport, Complex, and Pyramids. Each of these biomes has three or four areas to explore with a seed at the end of it. The seed is the main objective of each level and collecting it will end the exploration. There are other collectibles in each area that consist of nutrient tanks that will help increase the yield of each seed found and Carbon filters. Finding these collectibles are not absolutely necessary but they will unlock different customization options for your suit.

Speaking of the suit, it is completely customizable, from the helmet down to the backpack. You can choose from a selection of colors and alter the way your suit looks like with the aforementioned customization options including different patterns to customize your suit with. Being that the game is an exploration game, we couldn’t help but customize our character to look like the legendary bounty hunter Samus Aran from the Metroid series. It’s not an exact likeness but the orange suit with the green visor and yellow accents are close enough to be somewhat recognizable.

As for controls, you can move your character with the left joystick and D-pad. You can only move in a Left, Right, Up, Down direction along a kind of “invisible” grid on the floor that has blue points on spaces that you can walk across or climb up on. Each area has its own obstacles and puzzles that require a little bit of thinking in order to solve them. In some cases, you may have to create a floating bridge for yourself by picking up crates and dropping them in the water. Other times, you may have to blow up rocks with bombs to find a secret tunnel or cave, or you have to lower and raise water levels in order to reach the next part of an area.

Doomsday Vault is one of those games that surprises you. At first look, it might not seem like much but as you play it you soon feel yourself getting pulled in. Soon enough, you will find yourself investigating every nook and cranny trying to find the last Nutrient tank and making sure every seed you find yields a complete crop. The Adventure mode may seem a little on the short side with only 14 seeds to find but the challenge mode with its online leaderboards may have you coming back again and again as you try to take the top ranking spot in each challenge.