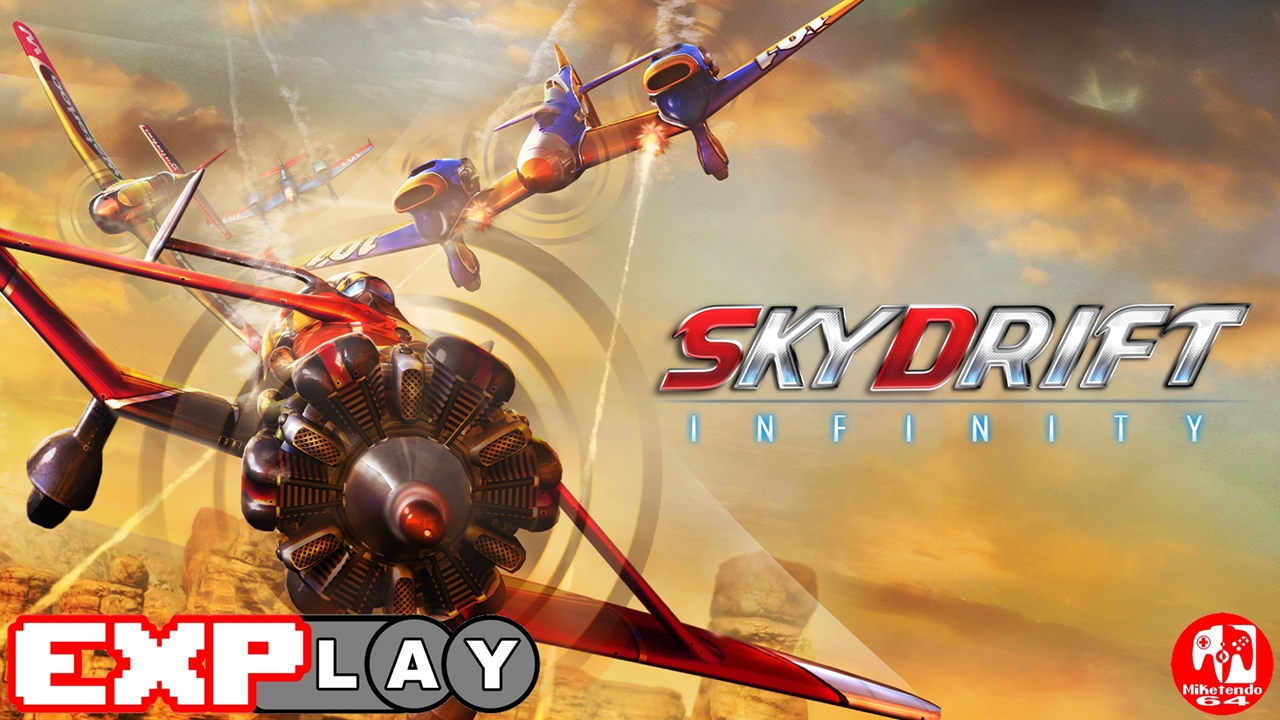 Welcome to EXPlay, (Explain & Play) the review series where we care not for scores but tell it how it is when it comes to every game we get our hands on, whilst also taking the time to include some lengthy gameplay, to give you the reader, the chance to shape your own impressions and views whilst watching and reading. In this installment, we’re covering Skydrift Infinity by developer THQ Nordic.

Skydrift Infinity is an arcade racing game that puts you in the cockpit of an airplane and has you race against others for aerial supremacy. Perform stunts and fly dangerously close to the ground to gain boost and leave your competitors choking on your fumes as you pass by and claim victory. If you can’t fly past your opponents naturally, then just shoot them down instead!

In Skydrift Infinity, the rules are relatively straightforward: Be the first to reach the finish line. How you get there isn’t important and literally anything goes. Fly as fast as you can whilst manouvering your aircraft through tight corners and threading it through needle eye-tight spaces. Even if you crash, or are shot down, you will respawn almost instantly so you can carry on with the race.

Depending on the nature of the race, you can find Power-ups that can give you an advantage in the race. Power-ups like the Missiles or Rapid Fire can be used to blast the other racers out of the sky. The Spanner Power-up can repair your craft, and the shield power-up can grant you temporary invulnerability from incoming fire. You can have up to two different Power-ups at any one time and you can upgrade them by collecting the same type again and again. You can also convert Power-ups into boost energy and zip past the other competitors at lightning speeds. So much can be done with Power-ups!

The game’s single-player campaign is made up of seven stages that each have a set number of race circuits to compete on. The Races are made up of several categories including Power Race, Speed Race, and Survival. Power Race allows you to use Power-ups to take out your opponents and possibly gain the advantage of taking first place. Speed Race requires you to fly as fast as you can and through as many speed rings to increase your speed as possible. Survival has pilots avoid to be in last place as a timer ticks down. When it reaches zero, whoever is in last place is eliminated and the timer starts again and again until only one plane is left airborne.

If you ever tire of playing bots and want to play against some real flyboys, you can opt for Local Multiplayer with friends or Online Multiplayer. Up to four players can race against each other on a single system with splitscreen multiplayer. As for online multiplayer, up to 8 players can get together and duke it out. I must point out though that finding an online game to participate in with randoms is tough going as I never found a match to play in. You may find it better to invite and play with friends and do your own online matchmaking than hoping to join a random race online.

For a racing game, Skydrift Infinity really has a quite a lot to offer players. There are multiple airplanes to unlock and use, including two planes with designs inspired by that of Darksiders characters. Each plane has its own set of parameters, that show its strengths and weaknesses in each particular area. Some planes can be fast but lack boost power or maneuverability, others can have high armor and boost but lack speed, and so on. There are also Badges, Medals, and Achievements to collect that will certainly keep collectionists entertained for a good while.

Skydrift Infinity is not particularly a game that will ping on most people’s radar but it is actually a very engaging racing game that takes very little time to get into. The challenge of getting first place and keeping it is much like in Mario Kart where you can get taken out at any second but at least there are no blue shells in this game that will take you out no matter what. If you enjoy racing games with a touch of aerial combat, then Skydrift Infinity may be a game you might enjoy.