Shh! Among Us Toys & Plushes Are Making Their Way Into Stores

Jul 22, 2021 Among Us, Among Us Toys, Imposter, Innersloth, merchandise, Nintendo 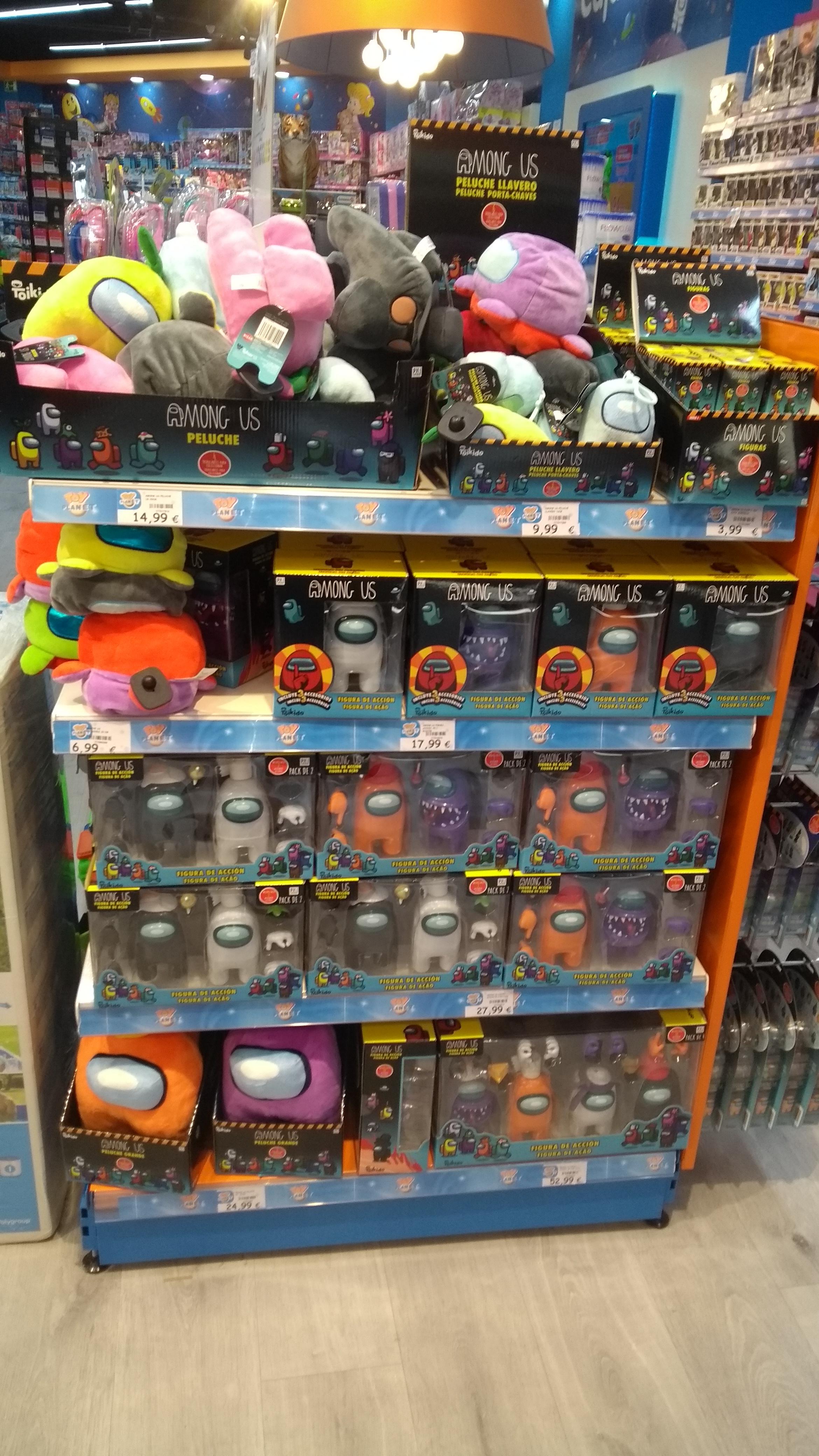 The suspiciously popular game that has the ability to turn honest friends into pathological liars has begun to bring its own line of merchandise to stores. Among Us by Innersloth had a slow start at launch but has become immensely popular over the last year and with the game continuing to receive free updates, it looks like it isn’t going anywhere soon. It’s growing popularity is most likely why the franchise has branched into merchandise that is making its way into stores.

Now, this might not be news to some of you but as we haven’t seen it being reported anywhere else, we thought there may be a possibility that it hasn’t been publicly announced through major channels yet. Imagine my surprise to see a whole display full of Among Us Toys and Plushes at the entrance of my local Toy store in Spain.

It’s seems that Innersloth and Toy Company Bizak have held an emergency meeting that allowed the toy company to acquire the license to manufacture Among Us Toys and Plushes. I will say, the Among Us merch actually looks pretty good. The action figures even come with accessories like hats for them to wear (just like the game!).

Speaking of games, my local GAME store also has Among Us figures and stamps in stock. I don’t know about you but this stealthy invasion of Among Us toys is looking pretty Sus.

Who knows where this invasion is going? I have already started suspecting that my collection of plushes may have an imposter among them. Could I be next?