Age of Calamity: Completion Reward for all Research Quests Revealed 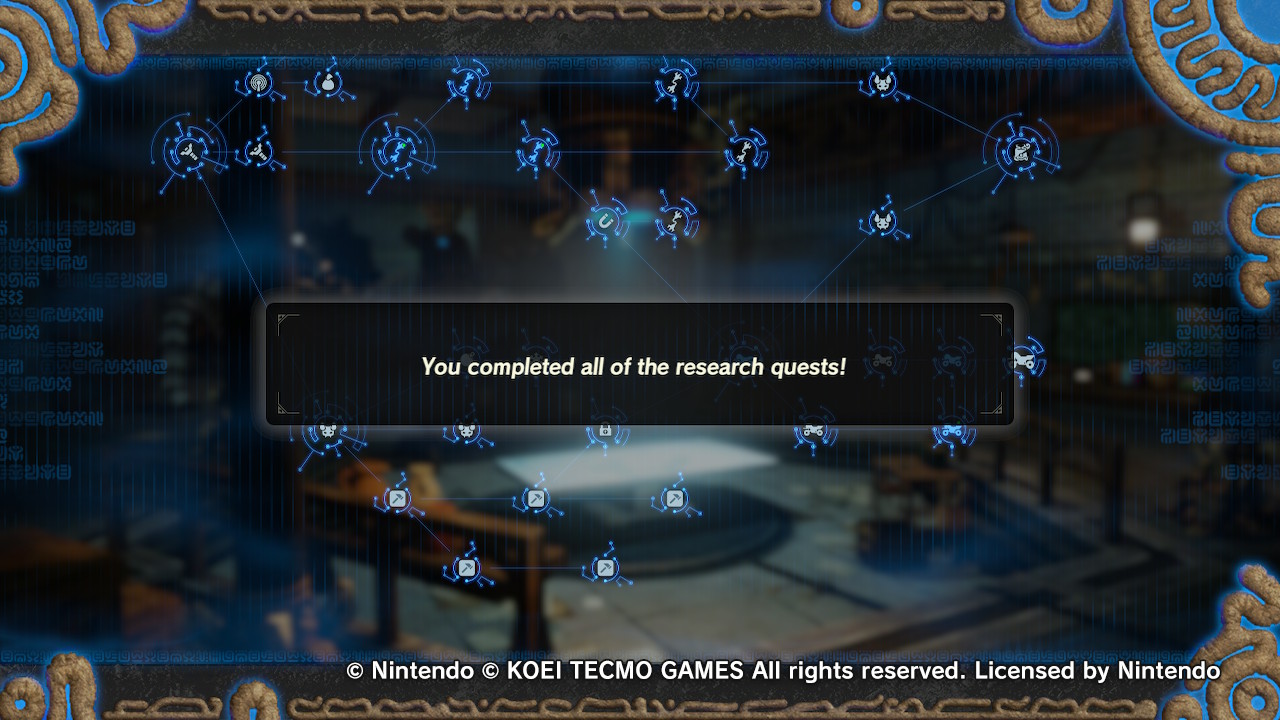 No longer a secret to everyone!

Given the nature of this article and its given title, it should go without saying, spoilers can be expected, especially when they cover what kind of reward players can expect should they complete every single research quest available as part of  Hyrule Warriors: Age of Calamity’s Wave 1 DLC, Pulse of the Ancients.

Only, it is advisable to have your expectations in check as the reward itself is a bit of a disappointment, especially when you remember the completion reward for the main game, is a new outfit set for Link, based upon his original costume seen in the first Hyrule Warriors game.

Instead of being a new costume, as the DLC in its current state offers no new outfits whatsoever, instead the reward for completing all research quests is a handful of items and a new EX challenge being added to the map of Hyrule. The reward can be seen listed below, followed by their in-game image and a video of the EX The Final Battle challenge:

Other than a lacklustre reward, what are your thoughts on the DLC? Are you enjoying it? Wish there was more to it? Hoped it would add either, Sooga, Astor, Robbie or Purah instead of a Battle-Tested Guardian? Be sure to let us know!

3 thoughts on “Age of Calamity: Completion Reward for all Research Quests Revealed”