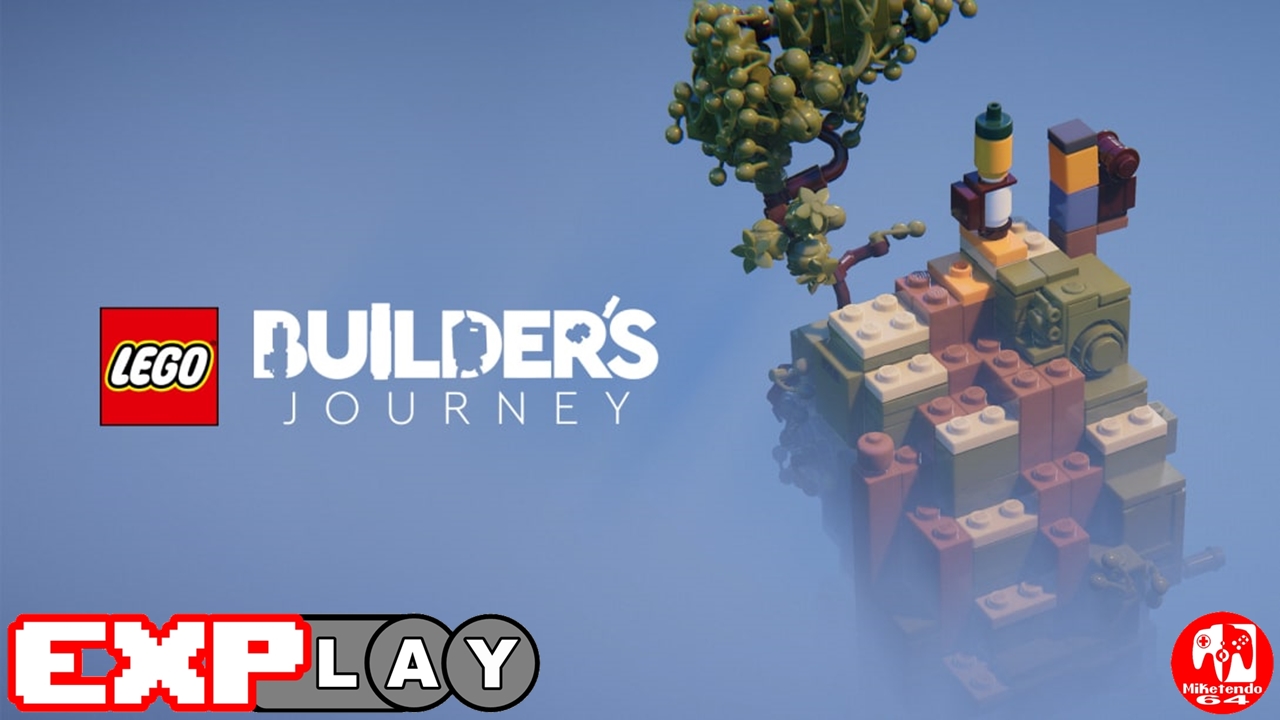 Welcome to EXPlay, (Explain & Play) the review series where we care not for scores but tell it how it is when it comes to every game we get our hands on, whilst also taking the time to include some lengthy gameplay, to give you the reader, the chance to shape your own impressions and views whilst watching and reading. In this installment, we’re covering LEGO Builder’s Journey by developer Light Brick Studio.

LEGO Builder’s Journey is a LEGO game like no other. We have become all too familiar with the highly recognizable minifigs that have been the stars of many a LEGO film, TV series, or video game. This time around, there is a new star… the bricks themselves.

The game is a story told without narration and follows a father and son as they journey through the wilderness on a camping trip. The world and the character’s in it are made of Lego bricks that all exist in some form in real life and have been recolored and repurposed to give the game its unique look and feel.

As you look closely at the trees, you may notice small green cherries that have been recolored and repurposed to give texture to the leaves. The wet mud that you will encounter on stages gloops and bubbles and the bubbles themselves are actually minifig heads that have been animated to look like the mud bubbles and pops.

Each stage in the game is one big puzzle with a simple goal, get from one side of the map to the other. For the most part, you will play as the child but on other stages, you will also play as the father character. To move your character, you will need to move and place what is called jumper bricks. These are yellow and have a single peg for your character to connect to. You can only move them and place them anywhere there is a peg to connect to. Bear in mind that the character can only jump the distance of two pegs (landing on the second peg).

Moving your character is one thing, but you have to actually have a path for them to move on if you want them to go anywhere. Every stage has a number of pieces that you can use and reuse to construct a path or bridge. Sometimes you have to create staircases with what you have but you can only jump up a single brick height. Anything higher than a single brick and your character can’t jump up it. In short, the player character is rather limited to how far and how high it can jump.

In the beginning, the puzzles for each stage are relatively simple but they do get more and more complex as you progress. In some later stages, you will find yourself completely stumped at what it is you have to do as there is almost no indication on what you have to do or how to do it. If you really look though, you will find some rather subtle visual clues that will help you piece together the solution to the puzzle.

I love how the game seems to tell a rather deep and emotional story without the use of words but perhaps that is my interpretation of it. LEGO Builder’s Journey is rather like abstract painting. It casts a picture in your mind and develops into what you interpret it to be. It starts off like a simple camping trip with a father and son but then it ends. The father has to return to work at the factory and the son is left at home and goes on his own little adventure through some dark caves. He then gets lost but eventually finds his way out and is reunited with his father. This is all from a story that is told using only bricks, just bricks.

LEGO Builder’s Journey is a charming tale and a refreshing take at a highly recognizable IP. Making the bricks themselves the star of the game is a genius move and gives you an newfound appreciation for them. The puzzles are intuitive and the different mechanics that are implemented throughout the game keep it entertaining from start to finish.