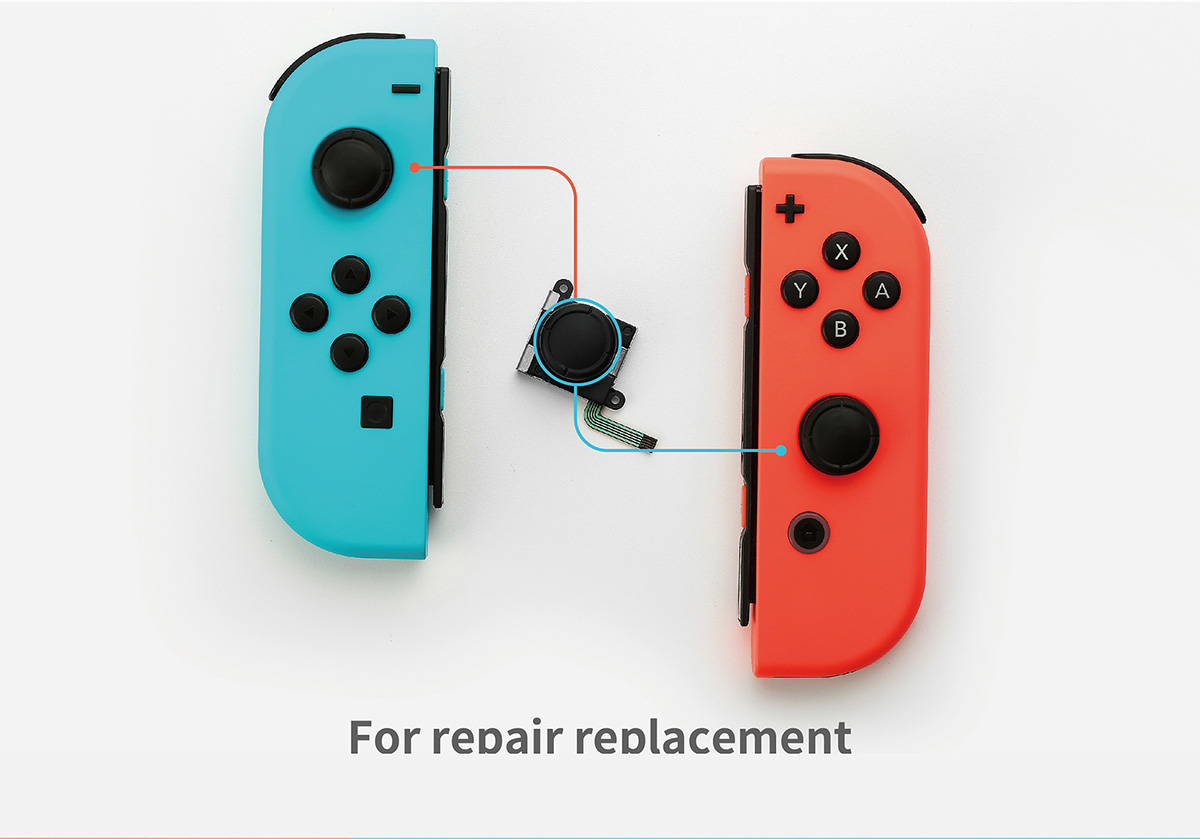 With the booming development of the game and entertainment industry for many years, the controller has become the most frequently-used peripheral for gameplay. Controllers with high quality and excellent performances matter much more when we talk about great game experiences. Manufacturers have been striving to build better controllers, but until now, annoying issues such as drifting, stuck buttons, and disconnection are always bothering players with bad experiences and cause constant complaints and even class-action lawsuits.

Specifically speaking about the Joystick, when analyzing the causes of the drifting problem on the joystick, it is not so difficult to find that in general, many are caused by reasons like the wearing of the metal contact and carbon film inside of the stick, damp and mildewing inside, dust blocking and other problems. But only fixing these issues by repair can not be completed to avoid and such issues may easily occur again because the fundamental reason that brings about these problems is the carbon film potentiometer.

Carbon film potentiometer is the commonly used part on the joystick for many controllers. It has many advantages, but its structure determines its natural defects. After some time use, it can be worn out and cause unknown liquids, dust, or residues inside which result in connection failure, performance degradation, and drifting is the common phenomenon.

To solve the drifting on controllers, Guli Tech has designed a new stick by Electromagnetic technology. Instead of carbon film material, the new Electromagnetic stick uses permanent magnet materials and electromagnetic linear Hall technology to achieve precise positioning for operation. Its sensor is suspended and has no contact with the magnetic rotating shaft, which completely eliminates the problem of carbon film wearing on the current joysticks.

GuliKit Electromagnetic stick solves the drifting ultimately, while it still features high precision, long life, and a smooth experience. Guli Tech will release new controllers with the new electromagnetic sticks, and there won’t be much difference in price. Players can enjoy a much better gaming experience without the hassle of Joy-Con drift anymore (or any joystick for that matter).

With all original designs and creative technologies, in 2021 GuliKit has built more new products such as universal controller charging dock, Switch stand, Joy-Con charging dock, and others. This time GuliKit unveils a series of exciting revolutionary technologies at E3 2021. These new technologies will lead GuliKit to stand out in the industry and provide a better gaming experience for players. Please join us to learn more about our new technologies now and in the future.