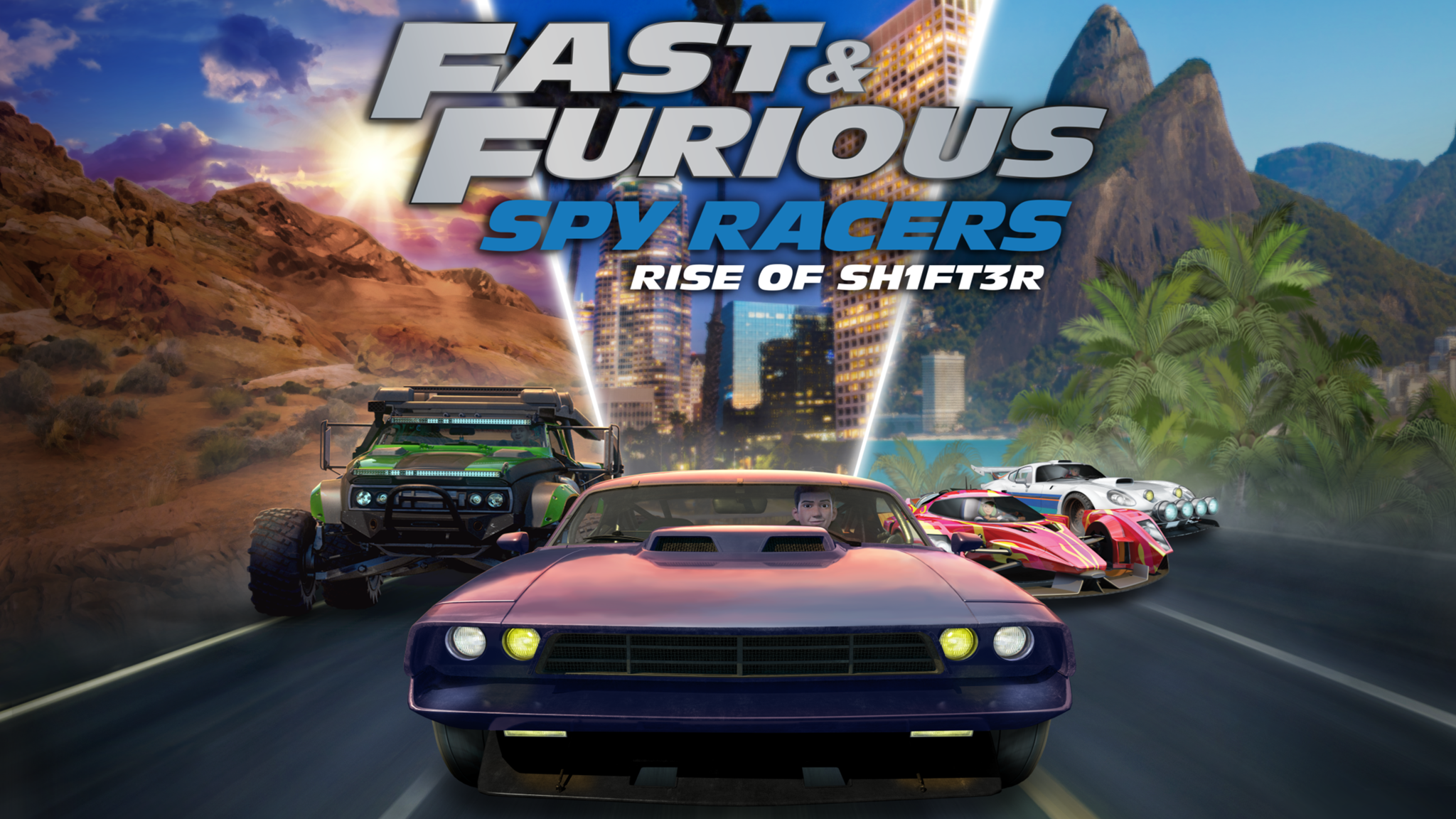 Inspired by the Universal Pictures and DreamWorks Animation series Fast & Furious: Spy Racers, Fast & Furious: Spy Racers Rise of SH1FT3R brings the intense action from the show to consoles and PC for a thrilling, globe-trotting, racing tournament. Featuring show-stopping tracks set in five incredible locations including Los Angeles, Rio de Janeiro and the Sahara Desert, the game allows players to use high-tech spy gear to gain the upper hand in the game’s story mode and features online and split-screen multiplayer races for up to six players,

The elite criminal racing gang, SH1FT3R, returns in the game and it’s up to the Spy Racers team to stop them from winning the ultimate cutting-edge vehicle that will cause chaos in the wrong hands. Players will go undercover and race as their favorite characters, including Tony Toretto, Echo, Cisco, Layla Gray, or even race as the notorious SH1FT3R gang including Shashi Dar, Moray, Rafaela Moreno, and more. Fans can use spy weapons to speed through secret shortcuts and personalize customizable cars with a range of skins.

“We’re thrilled to be continuing our partnership with Universal Games and Digital Platforms to bring Fast & Furious: Spy Racers Rise of SH1FT3R to consoles and PC this year,” said Terry Malham, CEO of Outright Games. “We’re huge fans of the series and how it builds on the incredible legacy of the film saga and brings amazing characters and incredible action to a whole new audience. We hope the game can bring the same level of fun and excitement to players, whether they’re playing solo or taking on family and friends in multiplayer.”

“Fast & Furious continues to be a global powerhouse franchise, expanding to include toys and the animated series,” said Jim Molinets, SVP of Production, Universal Games and Digital Platforms. “With Fast & Furious: Spy Racers Rise of SH1FT3R, we will offer an authentic experience that combines intense racing and slick gadgets with high-speed action.”

Fast & Furious: Spy Racers began airing on Netflix in 2019 is executive produced by Vin Diesel, Chris Morgan, Neal H. Moritz, Tim Hedrick and Bret Haaland. The series follows Tony Toretto and a team of teenage street racers who are hired to infiltrate an elite racing league, which is serving as a cover for a criminal organization that is intent on world domination. Season four of Fast & Furious: Spy Racers Mexico is streaming now on Netflix. The latest chapter in the Fast & Furious saga – F9 – is slated for release this summer.