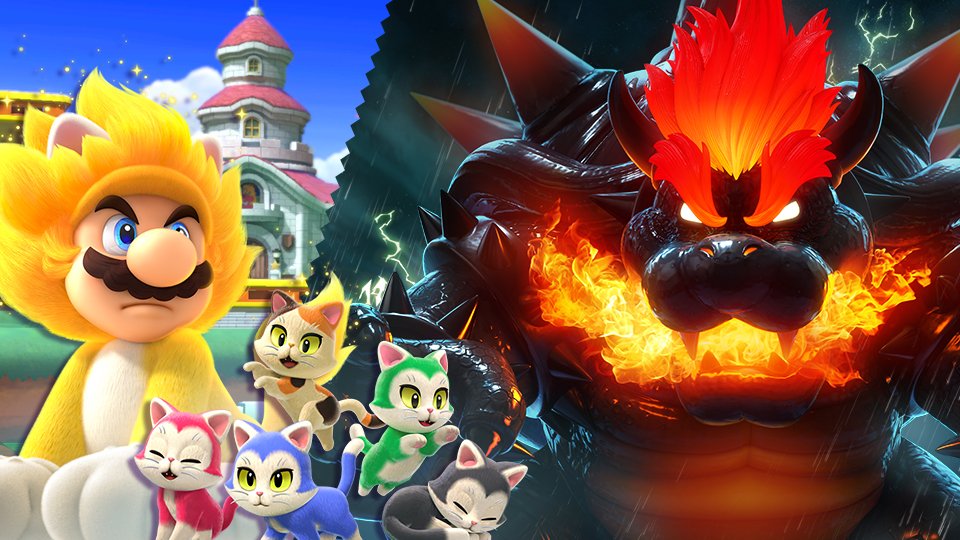 No longer content with just being a villain that appears in an additional campaign for the Switch release of Super Mario 3D World, Bowser has decided to take his fury elsewhere and cause a little havoc in Super Smash Bros. Ultimate a little later this week, with three new Spirits to be obtained in-game. What’s more, in keeping with the theme that Mario is dead and his body has probably been digested by PAC-MAN, who is ready for his PAC-MAN 99 debut (also out this week), there’s a new Mario spirit to obtain as well.

Obviously not a spirit of the Mario from Super Mario Bros. 35, as Nintendo aren’t that morbid (unlike Game Freak and some of their dark Pokédex entries), but a spirit of Giga Cat Mario, along with the other spirits being a gathering of cats and last, but not least, Fury Bower.

The addition of these spirits follows in the footsteps of having three new Monster Hunter Rise themed spirits added last week.