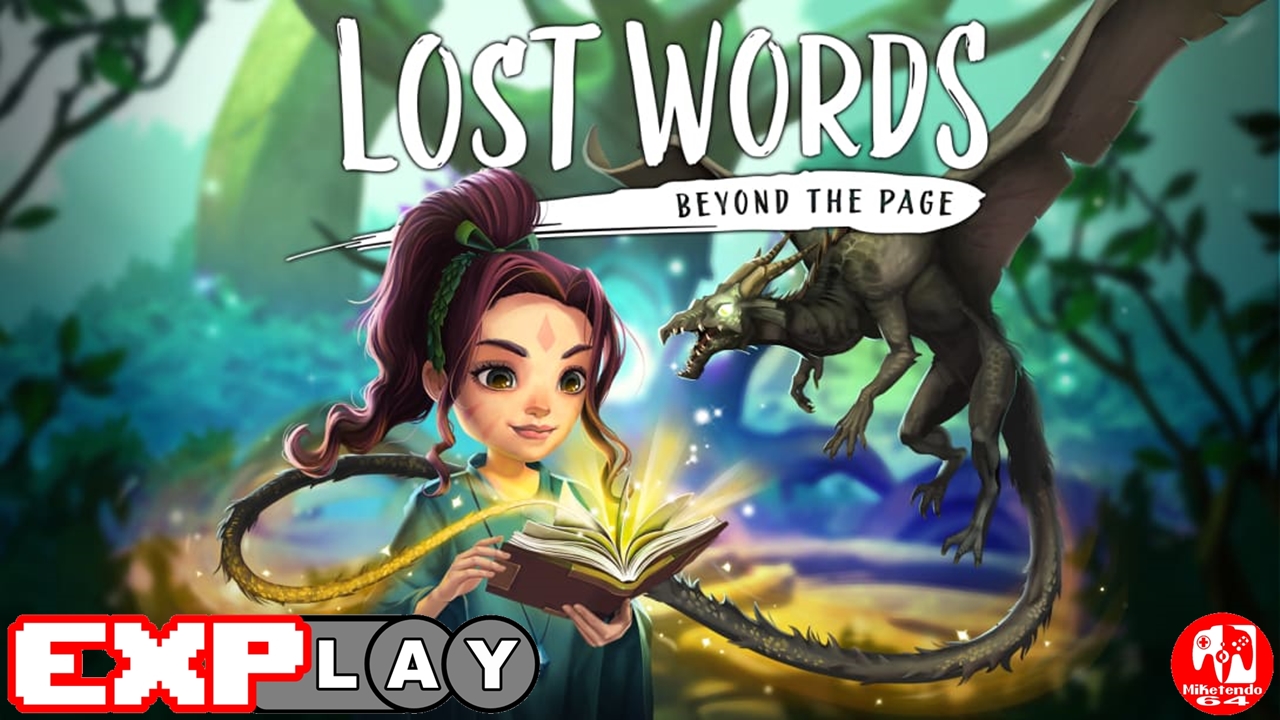 Welcome to EXPlay, (Explain & Play) the review series where we care not for scores but tell it how it is when it comes to every game we get our hands on, whilst also taking the time to include some lengthy gameplay, to give you the reader, the chance to shape your own impressions and views whilst watching and reading. In this installment, we’re covering Lost Words: Beyond The Page by developer Sketchbook Games.

Lost Words: Beyond The Page: (The Explanation)

Lost Words: Beyond The Page is a game that is written by Rhianna Pratchett (Mirror’s Edge, Tomb Raider, Rise of the Tomb Raider). The game is of two stories intricately woven into each other. It follows a young girl called Izzy who takes to her journal and write about the events that are transpiring in her life. Her grandmother, who she shares a very special bond with and has always done things together has suffered a stroke. She is taken to hospital and Izzy’s world is shook as she and her family try to come to terms with what has happened.

Izzy’s grandmother encourages her to write a story. Izzy takes to her journal to write a fantasy story full of magic and wonder about a young girl who becomes a guardian to fireflies who proctect her peaceful village in the trees. One day, a wild fire rages through the village and the fireflies have disappeared. The young guardian must seek out the cause for the fire and return the fireflies to the village.

Both stories have their own styles of gameplay. It is generally a platforming game first and foremost depicted through two distinct styles. The Journal entries are stylized with a little girl that runs along the top of words as they are written on the pages. Some of these words as she comes into contact with them will react and spawn an illustration. Other words can be picked up and used to interact with the illustration. One such example is Izzy talking about making her mum a cup of tea. The illustration will appear of a kettle, cup, tea bag and milk and you would have to make a cup of tea.

In the fantasy story, it plays as a sidescrolling adventure. As you move across the colourful landscapes, words appear on the screen as Izzy gives the narrative of the story. Some of these words have special functions that can be used to interact with objects in the world. For example, one of the first words you will learn is RISE. Using this on certain objects will cause them to rise. Other words you will learn are BREAK, HOPE, and Silence. All have their special means of interaction.

Lost Words: Beyond the Page has a truly deep narrative and is both heartwarming and saddening. The journal entries start off as recollections of warm and loving times but as the realization of the grandmother’s stroke sets in amongst the familiy, it turns to a more somber story. The contrast in the Fantasy story helps lift from the solemn reality and also serves as a means for Izzy to come to terms with what is happening and helps her to process it.

I was surprised with how much the game actually impacted me the way that it did. I have always been a soft soul, but very rarely have I played a game that truly makes you feel for the protagonist. Only a couple of games have ever made me feel that way and Spiritfarer is one of them. I am proud to say that Lost Words: Beyond the Page is another game that has made it onto this coveted list and the gameplay is pleasant and intuitive as well.

Lost Words: Beyond The Page: (The Gameplay)