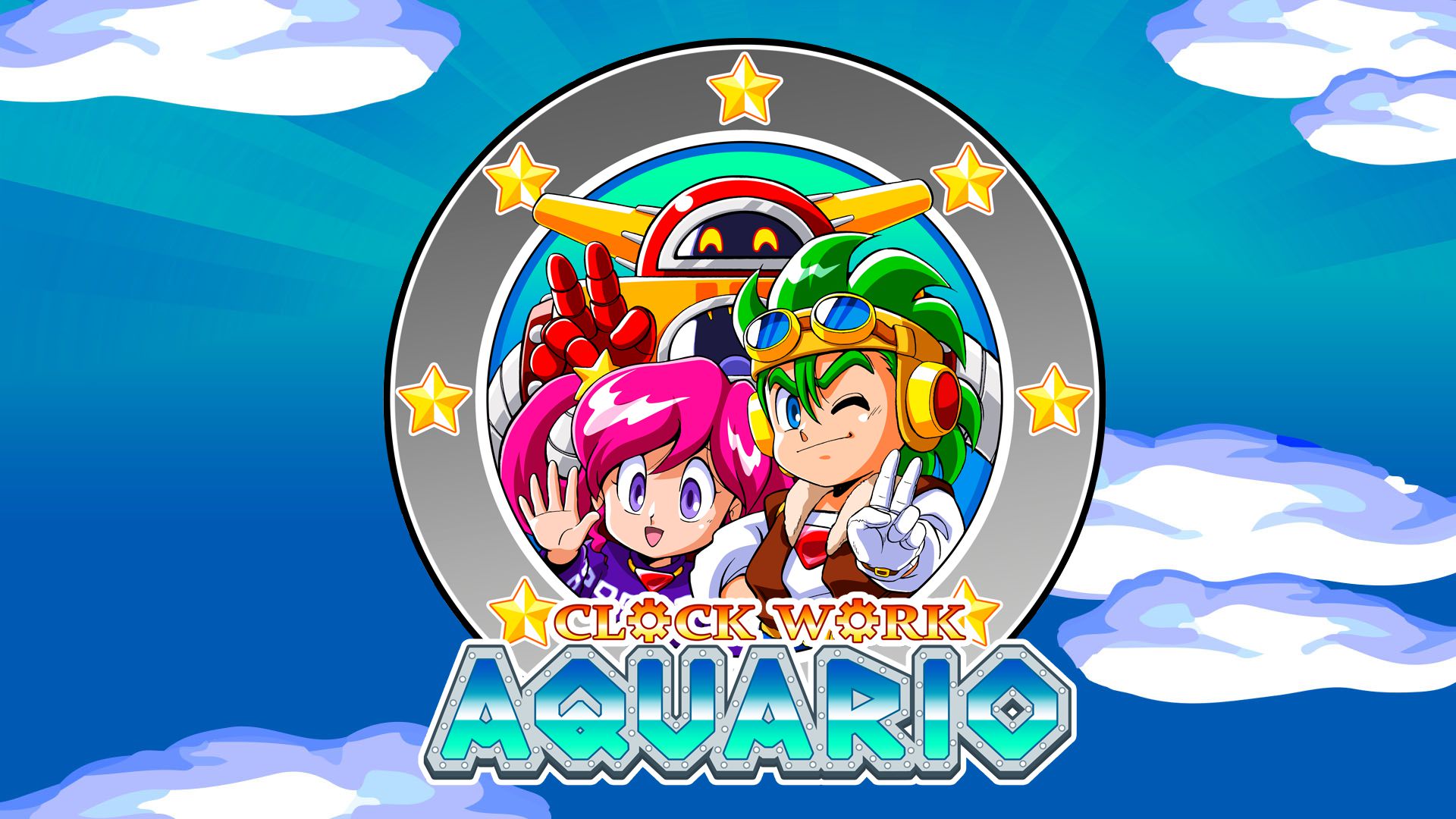 Stuttgart, Germany –  March 25th 2021 – Strictly Limited Games and ININ Games are delighted to present the first teaser trailer of Clockwork Aquario after the game has been dormant for almost 30 years. Clockwork Aquario will finally see the light of day, releasing Q2/2021 for Nintendo Switch and Sony PlayStation 4 both digitally, from ININ Games, and physically as limited editions from Strictly Limited Games. Other platforms to be announced at a later date.

Clockwork Aquario was the last arcade game ever developed by the legendary Westone Bit Entertainment in 1993, but was never finished. The game was thought to be lost in time, but Strictly Limited Games set out on the mission to dig deep into video game archeology and save Clockwork Aquario from being lost forever.

The first teaser trailer shows not only some incredibly beautiful hand-drawn images of the three main characters but also the first gameplay footage of this arcade treasure. Clockwork Aquario wins the viewer over with its beautiful pixel art, vibrant colors, and three unique characters: Huck Londo, the daring hero, Elle Moon, the brave adventuress, and Gush, the warmhearted giant robot.

Ryuichi Nishizawa, game creator and founder of Wonder Boy, has led the development of the game that encapsulates the spirit of and story about a boy, a girl, and a robot in the near future, crushing the ambitions of enemies who plan to take over the world. Clockwork Aquario, a two-player couch co-op, focuses on colorful, eye candy presentation, fun, and fighting off enemies. Non-stop action, cavorting from one platform to another, fending off endless attacks, be they from the sky or along the ground…. No stopping to admire the beautiful settings. Bash, stun, jump on the enemy and throw them away, and collect bonuses as the battles continue.

Three limited editions for Switch and PS4 can exclusively be pre-ordered at Strictly Limited Games.

“Clockwork Aquario is a great piece of 2D art, into which the pixel artists put their hearts and souls. I would like to express my heartfelt respect and gratitude to those who have worked so hard to restore it.” (Ryuichi Nishizawa)