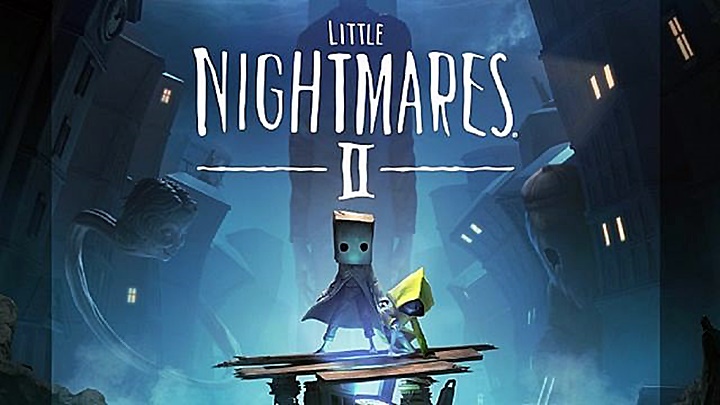 Little Nightmares is a horror, puzzle-platformer game developed by Tarsier Studios and published by Bandai Namco. Its protagonist was a yellow raincoat-wearing girl known only as Six. Trapped inside a large vessel called the Maw, Six must escape confinement without being eaten alive by the grotesque monsters that reside on the ship. The game first released on consoles and Steam back in 2017 and later on Nintendo Switch in 2018 as Little Nightmares: Complete Edition.

The game saw critical success among critics and the public alike. It spawned a mobile game titled Very Little Nightmares and eventually spawned the well-awaited sequel Little Nightmares II. The sequel was revealed back in 2019 and was slated for a 2020 release across multiple platforms including Nintendo Switch. Unfortunately, 2020 “happened” and the game was pushed back to February 2021. Alas, the game is finally here and we can continue our journey through the Little Nightmares universe.

Little Nightmares II follows a little boy called Mono who finds himself in the middle of a dark forest. As he wanders through the forest, he comes across a cabin and goes inside.  In the cabin, Mono finds and rescues a girl from a locked room in the basement. The girl doesn’t trust Mono to begin with but soon realizes that if she is to escape, she will need his help.

The two work together to get out of the forest but they are soon chased by a malevolent hunter who shoots at them. Mono and the girl manage to turn the tables on the Hunter and blast at him with a shotgun that they find in a shed. They then flee to the beach and escape on a floating door that they use as a raft.

Mono and the girl eventually find themselves washing up on the shore of a large metropolis known as The Pale City. The buildings in the city have all twisted and buckled from the signal emanating from the tall tower in the city’s center. Though the children have escaped the dark forest, they are not out of the woods yet. Many horrors await them and though they try to escape, they cannot help but feel themselves being drawn towards the tower.

As the pair scurry through The Pale City, the girl finds a yellow raincoat and puts it on. We are left thinking, “Is the girl that we saved, Six?” If so, why didn’t she have the raincoat to begin with? Is Little Nightmares II a sequel or a prequel? We find ourselves with more questions than answers in this Nightmarish world. Will we find our answers in the end? Only time will tell.

One thing that Tarsier Studios seems to do well is tell a story without the use of narration. They paint the picture and then leave it up to the player to interpret its meaning. Is Mono a portrayal of ourselves? Is that why he hides behind the paper bag? Are the nightmares that he faces a representation of our own nightmares and the issues of society that we choose to ignore? It may seem pretty simple to begin with but there is so much more to discover when you look closer.

Little Nightmares II is a puzzle platforming game that takes place in the dark and twisted Pale City. As Mono, you must make your way through dangerous environments that are riddled with horrific sights and terrifying monsters. You will be chased by monstrous foes like the Hunter, the Teacher, and even the Thin Man. They might not sound that scary but just you wait until you encounter them.

There are five chapters to the game that are made up of three specific elements. There are the simple side-scrolling and platforming areas. Then there are the puzzle and exploration areas that have you look around for some kind of key to open a locked door. Lastly, there are the boss encounters that have you evade the boss until you can reach the point where you can escape their clutches, or turn the tide against them and defeat them

Unlike the first game Little Nightmares, this time around you have a companion to help you. Six will follow you for the most part and can indicate where you may need to go next. If you need to pull on a cord or jump up onto something, Six will stand next to where you need to go so she can hoist you up. You will be separated at times but you will eventually meet up again to continue your escape.

For the most part, Mono is usually accompanied by Six but Little Nightmares II is not a Co-op multiplayer experience. In fact, there is no multiplayer at all and it is a bit of a shame it wasn’t implemented. I mean, we can understand there are some parts in the game that would be awkward to have multiplayer especially in the parts of the game where Mono is on his own.

Though to be fair, that hasn’t stopped games like Super Mario Odyssey, or even Bowser’s Fury that support Co-op multiplayer. These games have optional co-op multiplayer pretty much all throughout the game but they do have are some portions that can only be played in single player.

Little Nightmares II on the other hand is 50/50 in this regard so co-op multiplayer isn’t really a viable option for the main game. Should the game receive DLC later down the line, a Multiplayer side story would be a very welcoming addition.

Little Nightmares II is a nice little package that has some features but not a lot. Aside from escaping the many horrors in the game and the terrifying monsters that want to eat you, you can acquire different hats to customize your character. There are 12 hats in all, including the default paper bag that you start with. You can find most of the other hats lying around in the game but there are two that can only be acquired by pre-ordering the game, or as an additional download.

Another series of collectibles in the game are Glitching Remains. These appear as silhouette children that can be hidden in plain sight or at the end of a secret tunnel or room. If you find all of the Glitching Remains, you will be treated to a secret ending when you finish the game.

Both the hats and the Glitching remains may be tough to collect on a single playthrough unless you are following a guide. Fortunately, As you complete each chapter, you can replay them from the main menu. You can then go back and collect anything that you missed before. The game saves automatically as well so once you have found all the collectibles in one chapter you can simply leave without needing to beat the whole chapter again.

The audio for Little Nightmares II really sets the tone for the game. The background music shifts from ambient tones to the kind of music found in music boxes. It is both somewhat eerily calming and yet unsettling at the same time. It is as if it sinks into your subconscious and nestles in there. It keeps you on edge at all times while slowly nursing you into a dreamlike state, concentrating on solely what you see on screen. It is strangely powerful stuff.

The sound effects are what really make the game. The sounds of the flies buzzing around corpses or the static coming from TV sets as you get closer to them for example just accentuates what you see on screen. Every sound in the game seems to have an unnerving sense to it. Something as simple as moving a winch or opening a drawer leaves you feeling uneasy. It also fills you with a sense of dread of what might suddenly come next, even if nothing comes of it at all.

The visuals in Little Nightmares II are very dark, creepy, and contorted to represent a virtual, living nightmare. The visual effects like the lighting and fog effects make the game feel more surreal by only showing you what you need to see, whilst also giving the effect that something could easily burst out of the gloom around you.

The game design is so well detailed, from the towering environments to the tall and grotesque figures that inhabit them. Each character is so terribly disfigured that you can’t help but burn their image into your long-term memory. They will continue to haunt and chase you, long after you have put down the game.

Performance-wise, Little Nightmares II is pretty solid but there are moments where the game stutters for a frame rate drop. Most of the platforming and puzzle elements are sound but it is mostly with Boss encounters, does the performance begin to struggle somewhat. It isn’t a terrible flaw but it does snap you back to reality a little bit when it runs fluidly one moment and then jars for a split-second the next.

Little Nightmares II is a game that has been on my radar since it was first announced. I thoroughly enjoyed the first game and got so wrapped up in its lore that I wanted to see where it would go next. After playing the newest entry in this series, I was not disappointed.

The gameplay was fluid and engaging and the puzzles took some time to work out but they weren’t impossible. Some parts of the game were challenging like a particular section in the school with the bullies or in the Hospital with the patients. It took me some time but I ultimately triumphed and continued my progress through the game.

I will admit that I did find Little Nightmares II a little on the short side. In about four hours or so after booting up the game, I was watching the credits roll. The time just flew by as well as I was so engrossed in the game. I can’t remember if the first game was this short but I am hoping some DLC will come along to add some more depth to the game.

As much as I enjoyed Little Nightmares II, it is difficult to justify the game on its duration alone with a price tag of $30. However, if you enjoyed the first game you surely like this one, though I would recommend waiting until it is on sale, or purchase the TV Edition that comes with some pretty cool goodies like an Artbook, Steelbook case and OST, a sticker sheet, and a Diorama with Mono and Six.

Little Nightmares II will have your gut twisted in knots throughout and yet compel you to keep going. It is creepy, unnerving, and downright disturbing at times and will have you glued to it from beginning to end. After all, the only way to truly beat a nightmare is to confront it.