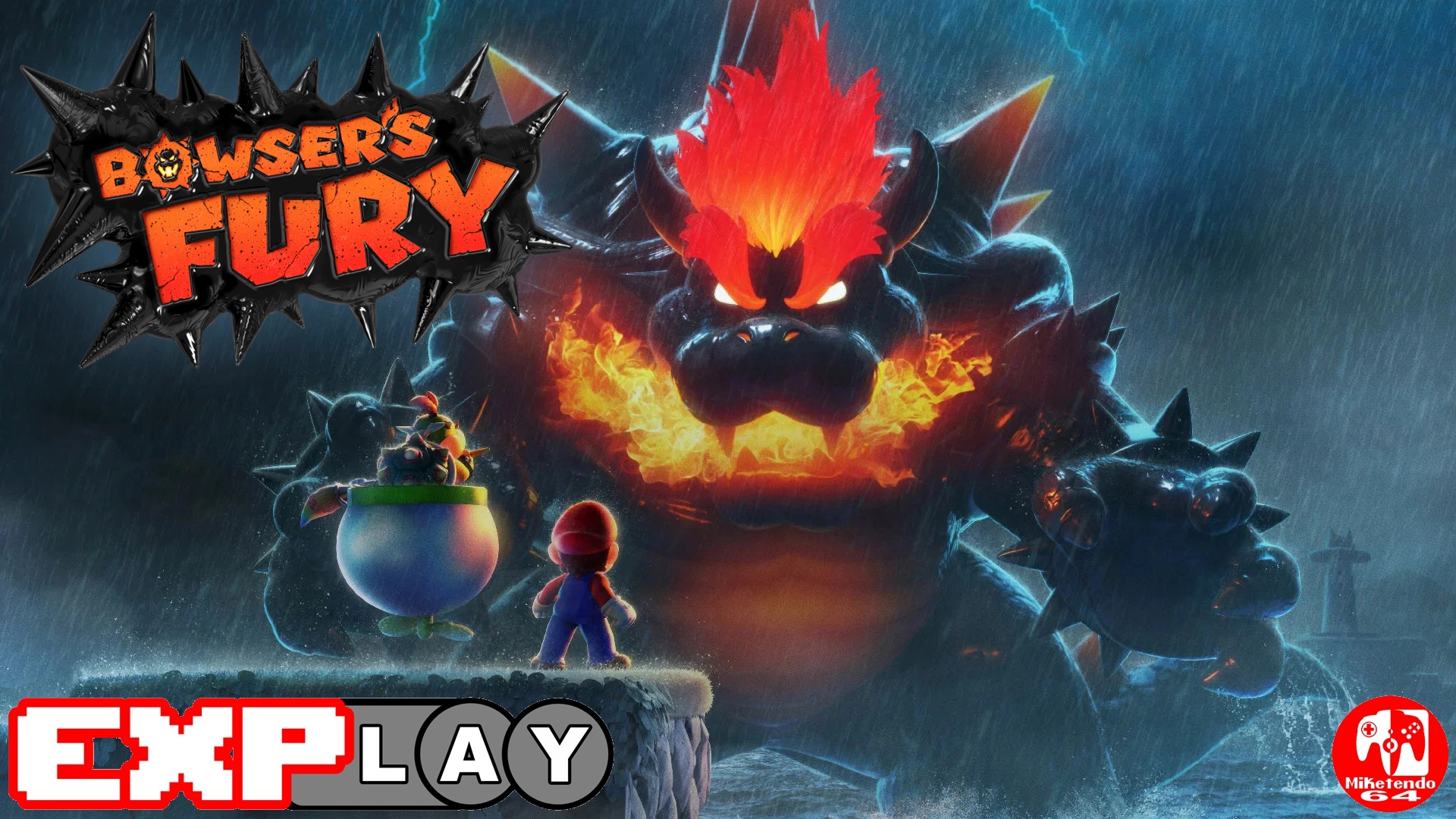 Welcome to EXPlay, (Explain & Play) the review series where we care not for scores but tell it how it is when it comes to every game we get our hands on, whilst also taking the time to include some lengthy gameplay, to give you the reader, the chance to shape your own impressions and views whilst watching and reading. In this installment, we’re focusing on all things Bowser’s Fury from Super Mario 3D World + Bowser’s Fury.

He’s big. He’s bad and he’s absolutely furious! He’s Fury Bowser and Mario most definitely going to need some help to do battle against this Koopa King! With dreams coming true thanks to a Switch port of Super Mario 3D World, the Switch release sees the 3D adventure come packaged with a brand new Mario adventure in the form of Bowser’s Fury.

Available as a standalone mode, the events of Bowser’s Fury takes place in Lake Lapcat, a surreal location where familiar Mario enemies find themselves being a lot more cat-like. From Goomba Cats to Cat Bullies and needing to collect Cat Shines, Mario’s certainly got his hands full, but luckily he doesn’t have to strike out on his own.

Due to a horrific transformation that has turned regular King Bowser into Fury Bowser, Bowser Jr. finds himself joining Mario, as a playable character for those who wish to indulge in local co-op. Without someone to control him, however, Bowser Jr. is a handy assistant whose usefulness can be adjusted by the player. So, if you don’t want his assistance, players are free to reduce it.

In terms of gameplay, Lake Lapcat is essentially an archipelago, a formation of islands, with its larger islands being their own “stages” if you will.  Each stage has five Cat Shines to collect, which are no different from the typical collectables utilised in 3D Mario games. (Stars, Sprites and Moons).

The collection method for each Cat Shine can vary but by collecting all five in a given stage, the island’s lighthouse will then shine and help reply Fury Bowser. Cat Shrines are also vital for gaining access to a very special Giga Bell that will see Mario transform into Giga Cat Mario. (These showdowns just get bigger and bigger).

What’s more, because Fury Bowser can turn up when he wants to, it’s not always a bad thing. Sure, he can get in the way of some Cat Shine missions, but other times, his fireballs are the very thing that will break fury blocks hiding certain Cat Shines. In case you prefer not to wait, however, players can use the Bowser amiibo to get Fury Bowser to show up sooner.

For the most part, Bowser’s Fury is a lot of fun and a joy to play, but there are some issues at play. Firstly, in terms of content, the whole campaign can be 100% completed between 5-6 hours. Secondly, there is quite a bit of repetition when it comes to the means of getting each Cat Shine.

Lastly, performance issues can be expected. While it is true the events of Super Mario 3D World are playable at 60 FPS, Bowser’s Fury, while it offers the same whilst docked, handheld mode offers a different story. Stutters can be expected and dips are a regular occurrence as part of this open world, free roam adventure.

While Bowser’s Fury can be found lacking in the content department as it’s not the full 3D Mario game some fans were hoping for, it’s certainly a step in the right direction. With improved visuals and clear inspiration from Super Mario Odyssey and Super Mario Sunshine, Bowser’s Fury is a wonderful display of continued 3D Mario evolution. It’s a large enough expansion to warrant picking up the latest Switch port and it makes us all the more excited to the next Mario outing.