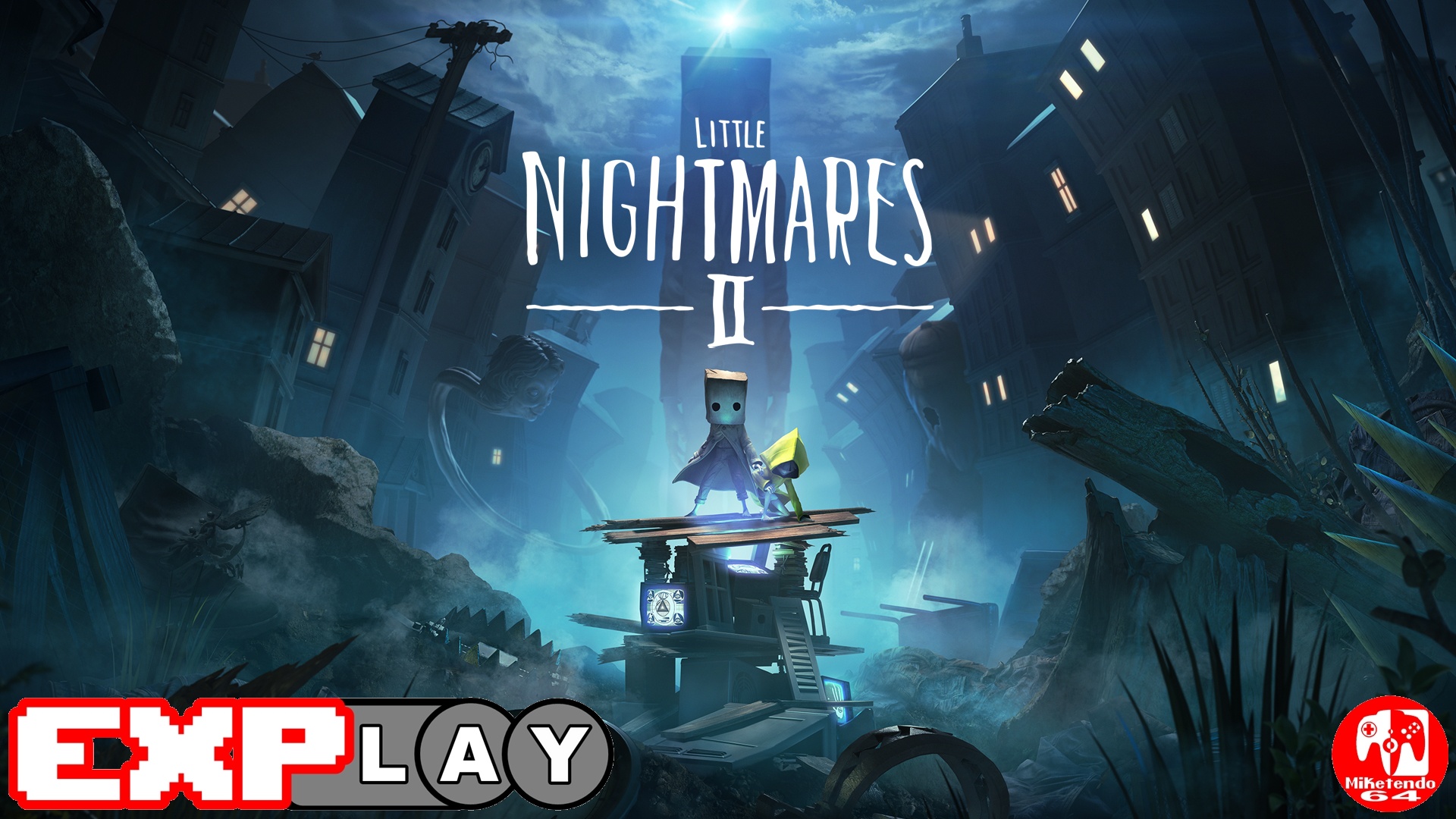 Welcome to EXPlay, (Explain & Play) the review series where we care not for scores, but tell it how it is when it comes to every game we get our hands on, whilst also taking the time to include some lengthy gameplay, to give you the reader, the chance to shape your own impressions and views whilst watching and reading. In this instalment, we’re covering Little Nightmares II by developer Tarsier Studios.

Having survived a nightmare of epic proportions, Six’s adventures are not over yet as a new set of nightmares are ready to unfold in the form of a sequel by the name of Little Nightmares II. Only this time around, while Six is keen to get stuck in and help out with the action, she’ll be taking a back seat as this sequel serves up a new protagonist in the form of a boy named Mono.

Equipped with a cardboard box on his head, just one of a few obtainable and wearable hats, Mono is going to need something of a miracle should he wish to survive a gorgeous, but horrific and nightmarish landscape and overthrow the Thin Man and discover the secrets of the signal tower. Still, with Six by his side and sadly as an NPC this time around, his chances are as good as any.

Like it’s prequel Little Nightmares II is a surreal and atmospheric platformer that comes packed with a soundtrack and array of sound effects that perfectly sums out the emotional aspects of the actions taking place on-screen. The eerie thrills and menacing tracks will easily cause some players to freeze in their tracks and feel a sense of dread wash over them.

As for the actual gameplay, with Mono being the only playable character, it all begins when he wakes up in a dark and shadowy forest and ends in a tower where true nightmares are a reality and the truth shall be revealed, but depending on how diligent one is during their playthrough, there is a post-credit scene to be unlocked. Only, for those wishing to see it, you will need to collect all of the Glitching Remains (shadowy ghost children) across each of the game’s chapters.

In platformer fashion, Mono, with the assistance of Six when possible, must overcome all manner of obstacles and obstructions, with some being as simple as pushing a door open or pulling out a draw, whereas others require a little thinking and can see Mono getting Six to cross a bridge and then calling her into position and hoping she’ll catch him.

Players will also be required to pick up objects such as shoes and throw them at beat traps to eliminate the possibility of Mono walking into them and succumbing to a quick death, respawning at the previous checkpoint. Yet, true to Little Nightmares fashion, while the game will explain some gameplay elements to the player, there is also plenty it will leave up to you to work out for yourself or die trying.

When it comes to the original Little Nightmares, developer Tarsier Studios did a fantastic job. The hide-and-seek and ever suspenseful gameplay easily outweighed the fact it was an okay platformer and its sequel has easily taken it to the next level.

It continues to show just how small and insignificant we all are when we’re alone in the dark and that everything we were once afraid of when we were little, there was every right to be. With its terrifying and imaginative world, comes the possibility that players may struggle to sleep afterwards. It’s a great shame a co-op mode isn’t available, but at least the platforming elements are stronger this time around.