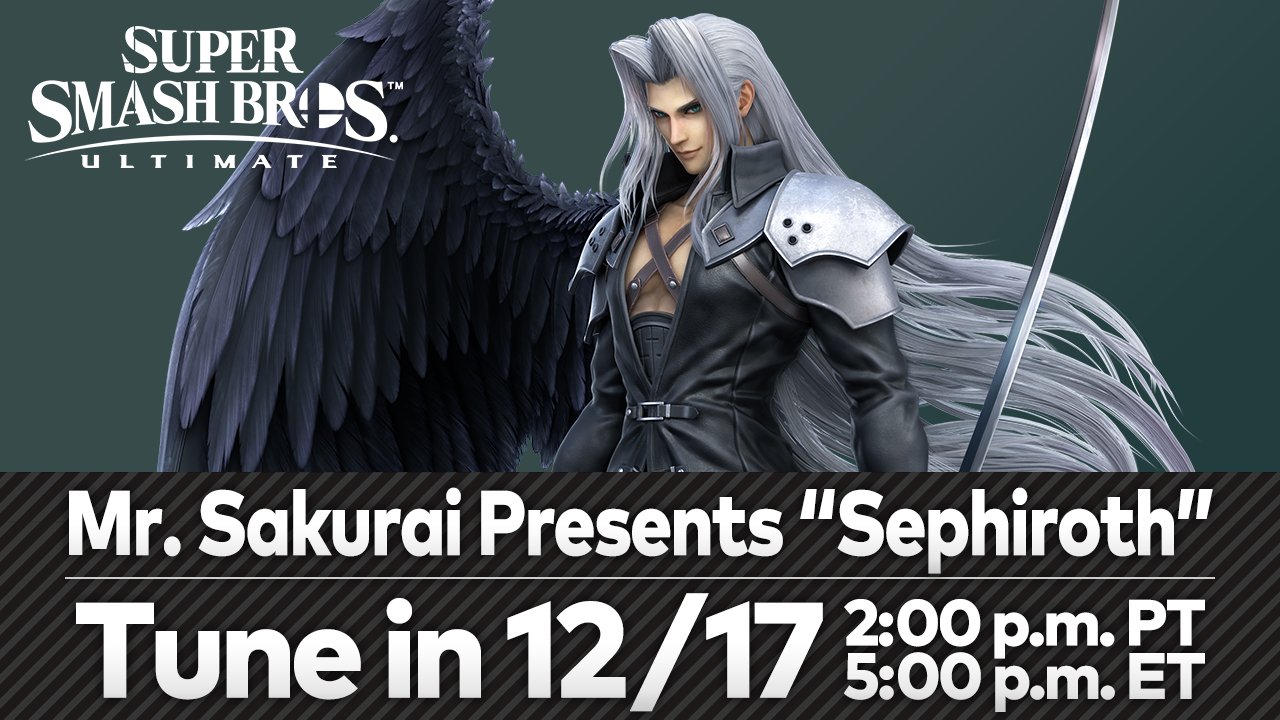 Sakurai will be Showing off Sephiroth in a Smash Presentation next week!

Now with the Sephiroth shaped-cat out of the bag, the Japanese Twitter account for Super Smash Bros. has announced a special presentation showcasing Sephiroth will be broadcast next week, taking place on December 17 for those in the west and December 18 at 07:00 JST for those in Japan.

The one-winged angel, Sephiroth from the @FINALFANTASY series, joins #SmashBrosUltimate as a DLC fighter later this month! Tune in at 2pm PT on 12/17 for a presentation from director Masahiro Sakurai all about the DLC fighter, including the release date! pic.twitter.com/zRaZCSZkrn

During the showcase, a release date for Sephiroth will be shared. Nintendo has also updated the banner depicting every fighter.