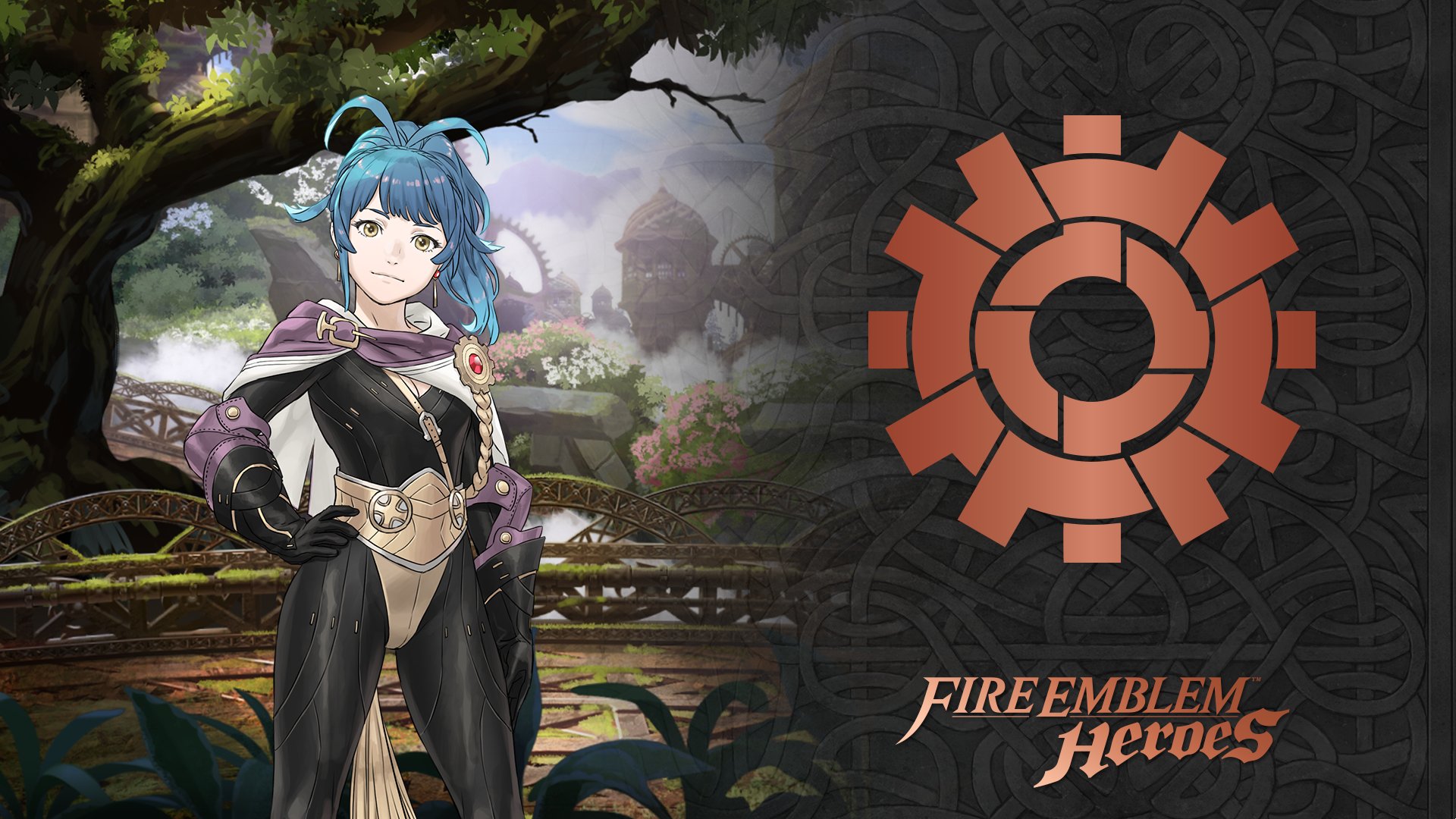 With Book V available now in Fire Emblem Heroes, the days leading up to the release saw Nintendo and Intelligent Systems using the game’s associated Twitter accounts talk about the insignias appearing in the game, related to original characters and what side they are on during their story and we wanted to take the time to round them all up, and share them all here with you, along with the associated text:

We’re reflecting on insignias from the Fire Emblem Heroes game! First up, the Order of Heroes’s insignia depicts a shield to protect the people of Askr.

This insignia is from Nifl, the Kingdom of Ice, home to Fjorm and her family! The motif is an ice crystal, symbolizing Nifl carpeted in snow.

This insignia is that of Hel, the realm of dead, ruled by Hel and her kin! Fitting for a world where the dead gather, it’s reminiscent of a skull.

This insignia is from Ljósálfheimr, the realm of dreams, where Peony and Mirabilis hail from! It’s an ornate design depicting fairy wings and flowers.

This insignia is that of Niðavellir, the setting of Book V and home to Reginn! It features a cog, emphasizing the dignified nature of Seiðjárn technology.

Any insignia, in particular, that’s your favourite? Let us know!