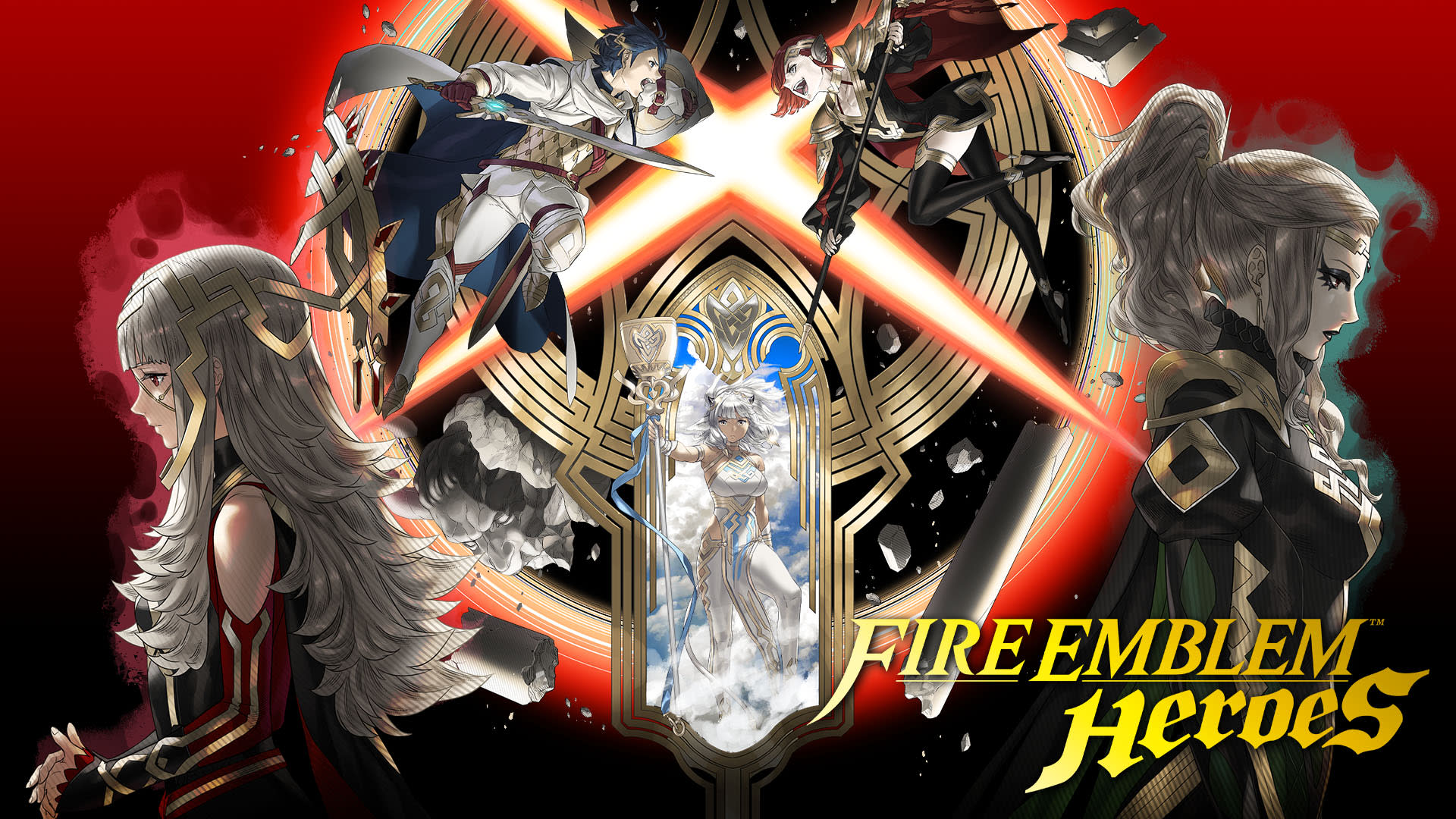 As the final page is turned over on one book, it is time to start another.

First announced in 2016, but revealed as part of a Fire Emblem Nintendo Direct that aired during January 2017 and released on February 2, 2020, Fire Emblem Heroes has gone to be an ever-evolving game that gets better as more time goes on.

On top of more fan favourite Heroes being added and new features that offer more interesting methods of playing and interacting with your units, one of the game’s main driving force, is its story-telling narrative.

First starting off as a game with a single story, depicting the war between the Askran Kingdom and the Emblian Empire, as the events of the war came to an end, a new story unfolded in the form of a second book and when that one also met its end, along came Book III, then Book IV and now we welcome in yet another new story as Book V gets underway.

I’m currently on the fence at the moment with regards to this new direction, but I have enjoyed the journey but my favourite thing about each book, it’s not the twists, it’s not the story-telling and character interactions, but the animations that come with them.

Looking back at the original trailer for Book I, it is rather dull-looking and bland when compared to those that have followed suit. Book II’s opening movie easily beats Book I’s movie to the curb and they’ve continued to get better ever since then, in every regard. From villains on display to the level of CGI animation and the choice of sound, Fire Emblem Heroes is doing a fantastic job of showing series fans at just good an actual Fire Emblem anime series could actually look like and it’s not the only game that’s impressed lately either.

Fire Emblem: Three Houses also has some fantastic sequences. We already know there is a Mario movie in the works, but honestly, with Fire Emblem going from strength to strength in popularity and its animated movies getting better each time, why haven’t we had a new anime or a film yet? Yes, the anime that debut in 1996 did flop the first time around, with only two episodes ever airing, but the series is in a completely different place now, with a global audience that appreciates it.

Just because the time wasn’t right before, it doesn’t mean it isn’t now as even a Netflix series could go on to perform admirably and every time we’ve interviewed a voice actor that’s been involved with the series, they always respond positively to the idea of an anime and wanting to be involved with it.

The quality of work is there. The audience is there. The voice actors are ready and willing. Now we just need Nintendo and Intelligent Systems to get on board and in case you’ve missed any of Fire Emblem Heroes’ book-related movies and additional clips, we have them all right here:

Kingdom of Ice, Nifl, and Kingdom of Flame, Múspell. These kingdoms fought against each other, but Múspell’s forces, led by the Ruler of Flame, Surtr, overwhelmed Nifl and brought the fighting to a bitter end.

Escaping her destroyed homeland, Fjorm, a Princess of Nifl, met the Order of Heroes in Askr.

With help from the Order of Heroes, Fjorm clings to the hope that she can restore her homeland, but the invading forces of Múspell have arrived in Askr…

The fierce battle with Múspell has ended and the Order of Heroes has returned to Askr. Not long after the party’s return, however, they were attacked by soldiers from Hel, the realm of the dead.

As Alfonse and the others struggle to repel the forces of Hel, they encounter generals of the dead plucked from history—warriors who proclaim themselves the legendary rulers Líf and Thrasir.

Meanwhile, Hel, the sovereign who rules the realm of the dead, delivers a chilling order to her daughter, the princess Eir, regarding the Order of Heroes: “Join their army. Obey them, body and soul. Give yourself to them completely. Once you earn their trust…you can slaughter them at my command.”

After narrowly escaping an unending nightmare brought on by the dökkálfar, the Kingdom of Askr comes under attack once more. This time, the Order of Heroes and the accompanying summoner are under siege by Reginn, princess of Niðavellir, the realm of the dvergar.

As Prince Alfonse struggles to overcome the attacking dvergr in her strong yet nimble seiðjárn armor, he senses a moment of hesitation in her assault. In that moment she pleads, “My brother, King Fáfnir, he’s—Y-you have to stop him!”

And with that, the Order of Heroes joins forces with this otherworldly Princess Reginn in an attempt to end the war in Niðavellir.

Their conflict with Niðavellir behind them, the Order of Heroes sets out to investigate a mysterious darkness plaguing a village in their homeland of Askr. During their search, the Order comes across Princess Veronica, who reports a similar phenomenon happening in Embla.

With the assistance of a new ally in the form of Ash, retainer to the Divine Dragon Askr, Prince Alfonse and the others work to track down their suspected source of the encroaching dark: the dragon Embla.

Despite her good intentions and willingness to assist the Order, Veronica is compelled by Embla to bring about an end to all who stand with Askr. Now the Order must fight for a future in which the people of Askr and Embla can stand side by side.

What do you guys reckon? Is it time for Fire Emblem to get an anime revival? Let us know!