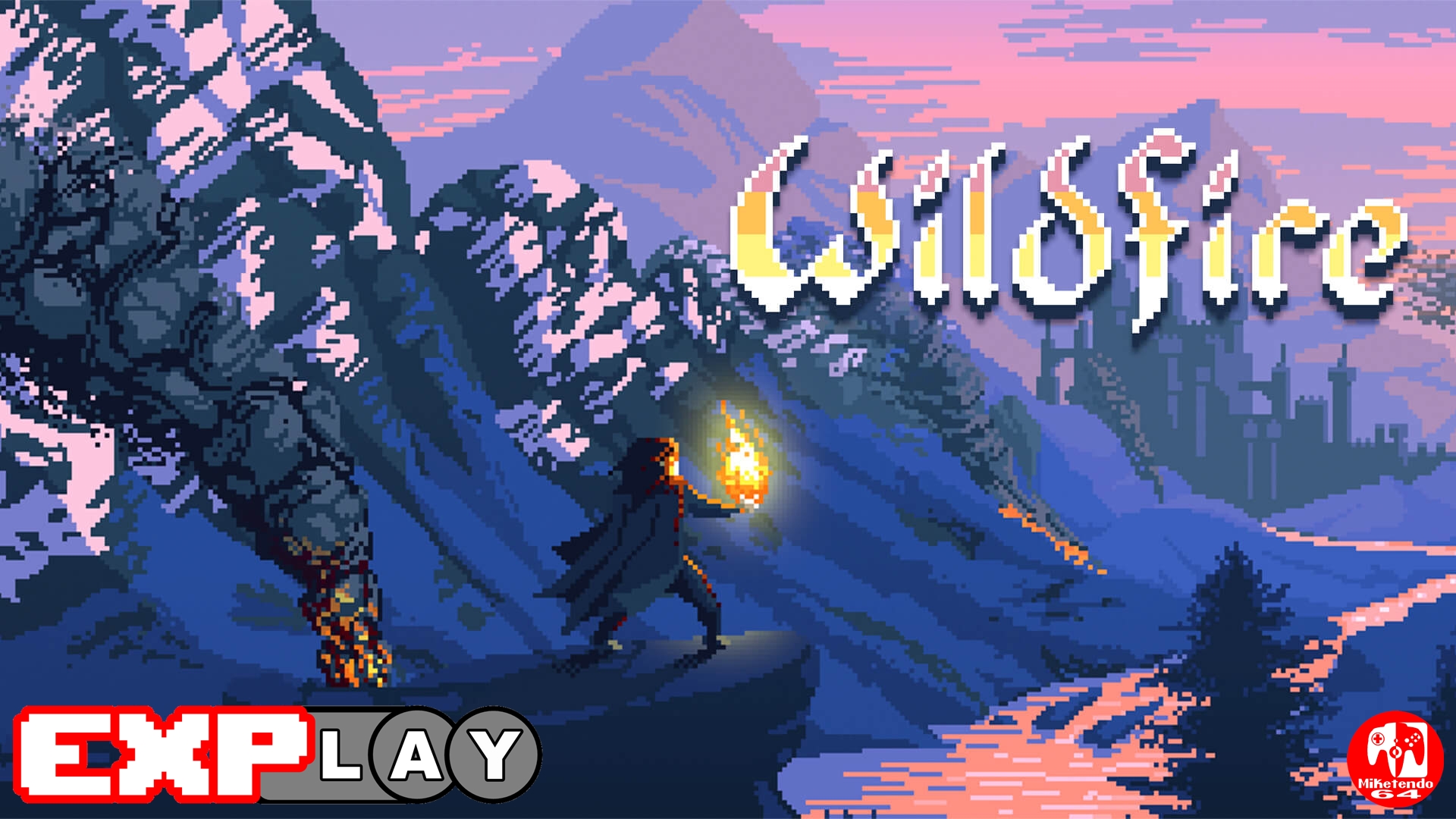 Hey folks, welcome to the feature series we call “EXPlay.” A series of feature articles where we share our experience on games we’ve recently played in the form of written views and captured gameplay footage. In this installment, we are all about Wildfire by developer Sneaky Bastards.

Wildfire is a 2D, retro-inspired, RPG stealth game set in a colorful pixelated world. The game’s protagonist has been branded a witch and must escape the clutches of the superstitious soldiers of the Arch Duchess’ army. His village has been burned down and his fellow villagers have been kidnapped. The unnamed hero sets off to rescue his kin from the hands of the villainous army that has sequestered them whilst avoiding capture himself.

Upon reuniting with another villager who was hiding from the soldiers, the protagonist learns that they can wield elemental magic by manipulating the elements of the environment. He can freeze water, use fire to throw enemies into panic, and grow grass to hide in and vines to climb to reach new areas. His magical abilities can be upgraded after gaining enough skill points associated with that particular magic set, by making offerings to the many statues in the game.

The hero has no physical means in order to attack enemies so don’t expect to find any weapons to arm yourself with. Instead, by wielding his magics, he can scare the enemies into a panic by setting fire to the grass or freezing the water that they have jumped into. Their salvation quickly becoming their cause of death.

Each level is made up of a series of platforms that you must traverse in order to reach the end. Some stages have several routes that will offer multiple ways of sneaking pass enemies. You will also find some areas that could hold a secret but is currently unreachable until you have unlocked a specific magic skill that is required to reach that area.

Wildfire is a fun game with its own kind of puzzles and challenge. A welcome feature is perhaps that the game can be played as a single player experience and as a co-op adventure. So if you are looking for an RPG that you can play couch co-op, this game might be one that interests you.

Thank you for reading our EXPlay on Wildfire. We hope that you find it useful in your decision in picking up the game for yourself. While there are a lot of hidden gems on the Nintendo Switch and a fair number of duds, we’ll leave it to you to decide whether a game is for you or not.