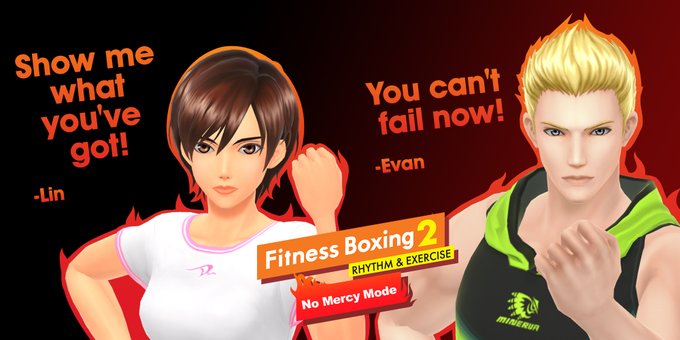 For those of you who picked up Fitness Boxing 2: Rhythm & Exercise, just in case the game doesn’t offer enough of an intense workout session for you as the High intensity isn’t high enough, there is now free DLC to download for Instructors Lin and Evan that adds a new No Mercy intensity to really help you push yourself and feel the burn.

Make no mistake, these instructors will go from supportive to snappy and serious in no time at all as they start shouting at you, in an effort to push you even harder and having already downloaded the DLC and giving it a go, the burn is real and the gameplay becomes a lot more fun. Expect some judgemental looks and plenty of them.