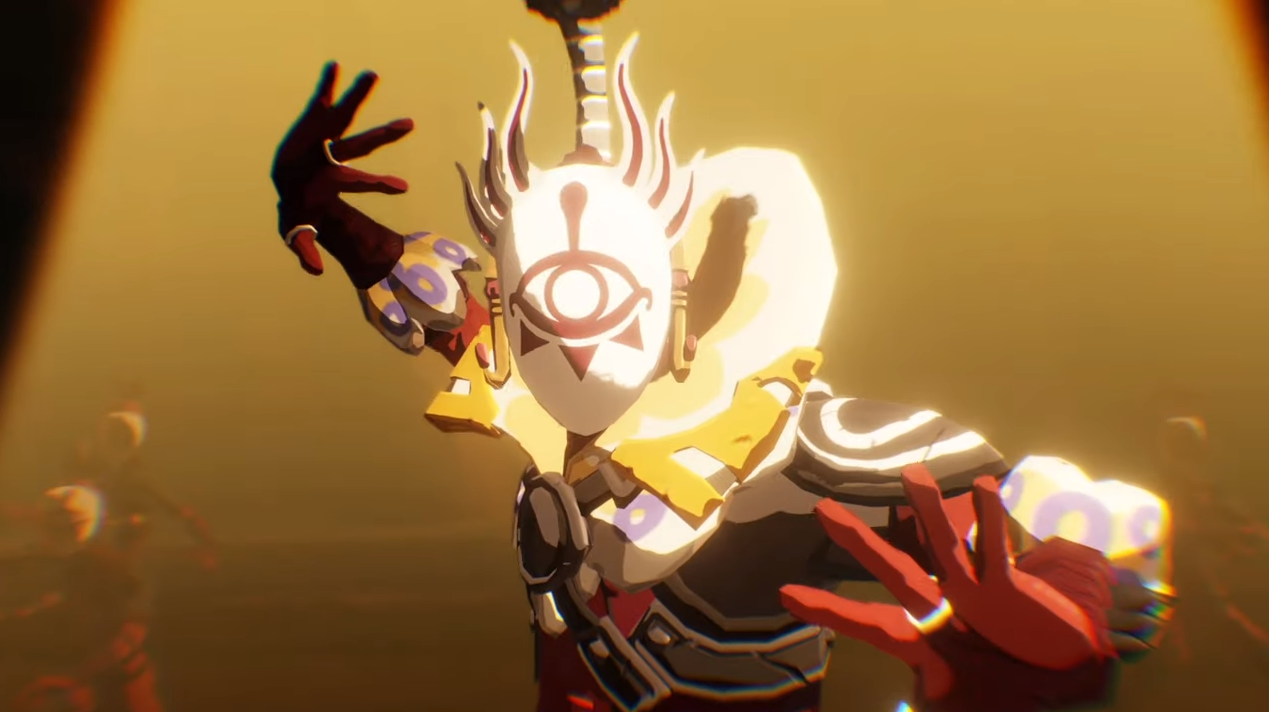 *WARNING! Due to the nature of this written content, many Hyrule Warriors: Age of Calamity spoilers are to be expected. Please cease and desist reading if you wish to have a spoiler-free experience.

Still here? Good! Long before a sequel to The Legend of Zelda: Breath of the Wild was ever announced, I expressed my desires for it to get a prequel. One where the Champions could be playable and lovers of darker Zelda games, could experience a morbid story like no other as it would end with our beloved heroes meeting their end and with Hyrule Warriors: Age of Calamity, the Champions are playable, as are so many others, but we do not get the morbid ending.

Like many have assumed from the demo, due to the egg guardian travelling back in time, the events of Age of Calamity take place in a Hyrule separate from the one seen in Breath of the Wild (aka Hyrule 1), and this Hyrule (Hyrule 2), is created the moment Terrako (aka the real name to the egg guardian,) arrives in the past. This doesn’t mean the future (Hyrule 1) doesn’t happen, it does, but like how time travel is explained in The Avengers: End Game, everything in the original future’s past has to happen exactly as it did, so that a new future can occur for the new past (Hyrule 2) that has just been created.

Because of this time travelling aspect, Age of Calamity has a brand new ending. One that sees each of the Champions saved by their successors and then everyone, including Yiga Clan, band together to reclaim Hyrule Castle and take the fight to Calamity Ganon. After a small song and dance scene that feels a little like something out of a High School Musical film, our heroes succeed, with only Terrako being the only notable casualty.

Yet, with a saved Hyrule, the Champions must bid farewell to their successors, as they must return back to their present, but at least this time, Sidon actually gets to say a heartfelt goodbye to his older sister, knowing full well he is going back to a time where she is no more. It’s all very touching stuff and don’t cry too much over Terrako. Once the final story mission is complete, players can then embark on a series of quests and challenges to acquire enough components so that Terrako can be rebuilt and unlocked as an additional fighter.

This is all some very fantastic stuff, which opens the way to a new, possibly interesting future that may or may not lead into the sequel to Breath of the Wild (highly doubt it,) but being as though Age of Calamity is a musou game, should history repeat and this Hyrule Warriors gets a villain campaign of its own, with an alternate story, Nintendo and Koei Tecmo could see themselves making Age of Calamity even better, satisfying more of their fans and still make Age of Calamity be the prequel it is advertised as being.

All that they would need to do, is tell the villains campaign from Astor’s perspective, much like what Cia’s Tale did. For one, it could cover the how and why Calamity Ganon chose him and why he has an evil egg guardian of his own. His story could show how his partnership with the Yiga Clan comes to fruition, feature a couple of missions where original Yiga character Sooga is playable and have most of the campaign’s content revolve around the established story in Age of Calamity.

Where differences can occur, however, is by staying true to the events of Breath of the Wild. Instead of Divine Beast levels, this campaign can see players taking control of the Blight Ganons and having to defeat the Champions, so not only would players have to see characters they love to meet their end, but now they’re the ones who have to make those unfortunate ends come to pass. It would be a very dark move, but it would enable players to closely see more of the events that led to the destruction of Breath of the Wild’s Hyrule.

It means the villain mode could get the “happy” and completely canon ending but more importantly, it would allow the likes of Sooga and Astor to be added to the game as full-time playable characters, whilst adding a few more quests and challenges to Hyrule’s map screen, since there are still plenty of spaces on it that could be utilised, plus two more characters would help bring the game’s overall roster to 20 on the selection screen, which currently consists of 18 in a 4×5 block with space for two more. (More Sooga is always a good thing.)

So yes, an extra campaign simply makes too much sense for it not to happen, especially since it would help to literally make Age of Calamity to become the best possible game it can be and just in case a recap is required, here are the highlights:

5 Reasons why a Villains Mode makes too much Sense for Age of Calamity:

Do you agree with our seasoning? Let us know!