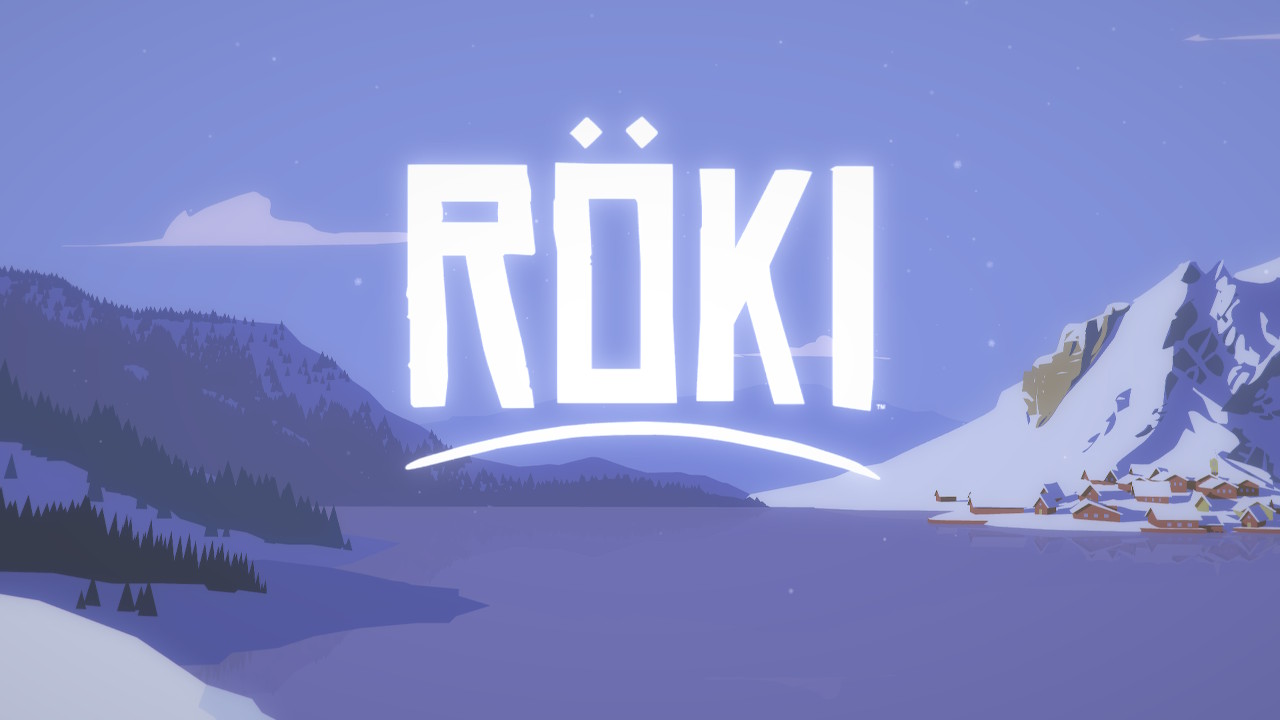 Röki, a heart-warming tale of family told on the backdrop of Scandanavian mythology developed by Polygon Treehouse and released on PC and Mac, has now come to the Nintendo Switch. The game had been in development for a long time and during the process, the team at polygon had released artwork and animations throughout the process on their website and Twitter. I had followed their page since the onset of the project and now that it’s finally here, let’s dive into the game and discuss the story, gameplay, and more.

There are two main storylines in Röki, the main story revolves around Tove and her brother Lars as they try to escape from the monstrous creature called Röki, and then later as Tove and her father try to find their now missing brother and son as Tove and Lars are separated. The second story thread involves the mysterious tale of Röki and his mother Rörka and her quest to humanize him by using Lars and her magical powers to switch Röki’s form with Lars’.

The game starts off with Röki destroying the home of Tove and Lars while their father sleeps downstairs. The family is quickly separated as Tove and Lars head down the hill for help on a sled and get lost in the woods. Soon after Tov and Lars are split up and Tove’s quest to find Lars is turned on its head as she is quested by the mystical Mother Tree, various trolls, and the spirits of the forest to come together to stop Rörka from unleashing her magic.

Röki, is at its core a point-and-click style adventure game where interlinking puzzles and items are used together to move on to new areas and open up doorways, help assist other creatures you come across, and reach the castle to save Lars. Tove has a backpack where she can keep the items she finds. By selecting items you can drop them onto selectable areas to interact with or onto other items to combine them. For instance, you may need to add items you find into a pot to create a potion, find frogs and regroup them with their mother, or play the flute to empty out a cavern full of water.

You primarily control Tove throughout the main story campaign, though you will have the opportunity to control Lars as well as their father. You move using the left control stick and interact with items with A. Tove can run, helping to speed up your movement around the interlinking sections of the map as you move from screen to screen. The x button will open up your inventory where items you find and can use will be laid out. Selecting them allows you to drag them into the world to interact, as well as on top of each other to combine them. Tove also has a journal where she jots down interactions with NPCs, pictures she draws of places she visits, and secret items she finds around the map that she tapes to the journal.

Along the way you will meet characters you can interact with either by hearing a bit of their story and how you can help them so that they in turn help you. The character interactions are where the heart and soul of Tove’s adventure and the overlying reliance and love of family really come through. By the end of the adventure, you will meet giant Jötuns in the form of a Wolf, Deer, and Bear who represent the spirits of the seasons and protectors between the worlds. There’s also several trolls, tiny imps, a menacing spider, a sea creature who forgot their name, and many more.

Röki consists of roughly three main areas, Tove’s home, the woods, and the castle. Throughout those areas, there are multiple branching paths that will require you to collect items that can be used to open up new areas, like the dagger which will be used to cut through overgrown malice. Other items will reveal small story beats that will deepen the lore and weave the story of Röki and Rörka and their ties to our world.

As you progress through the various areas you will awaken the Mother Tree and her forest children which become a fast travel portal of sorts allowing you to move quickly through the map. Lastly, once Tove is sucked through a portal you will need to solve puzzles while swapping between Tove and her father. The ‘past/present’ style puzzle jumping between the two realms reminded me of The Legend of Zelda’s dark world/light world or season/ages puzzle-solving mechanics.

As you go through the various locations, Tove will come across items she can collect to fill out her journal. These items have a bit of story context in addressing some of the mythology behind the Scandinavian folktales and stories and building out the overall world of Röki.

Röki uses very subtle character sounds as you interact with NPCs and objects within the game. From time to time Tove will ‘cry’ out for Lars and her sense of anguish over her missing brother is heartfelt. As you discover new characters their quips and short sound bytes, along with their animations build a unique bond between you and the world.

One of the strongest aspects of Röki is in its soundtrack. The game uses native instruments to Scandinavia which help to set the mood, as well as tug at your heartstrings during those moments of angst and despair as Tove searches for her brother. There is an eerie reverence and dissonance in the music that can make you feel alone as well as loved all in a moment as the piano and strings entangle you in the story of Lars, Tove, and their family.

Röki has a somewhat cell-shaded and simplistic art style which bodes well for it in the way that it simplifies things to draw you into the story and quest. The game uses a unique level of light and shadows to set the tone and mood throughout. From the crunching snow that is whites and shades of blues and grays to the forest greenery and browns used in the underworld.

The world seems desolate in some areas, like the abandoned castle, yet rich and full of life as you wander around the trolls homestead. The character design is something out of a fairy tale children’s book, as characters are expressive in their designs and animation as well as playful. The small elf-like creatures are comical with the long pointy hats and tiny frame as they run around the world.

There are some frame rate stutters throughout Röki which oftentimes happened when entering a new area, or as the game saved. I hope those things are fixed in a patch, as they were the most jarring and noticeable hiccups in the game. Due to the game’s simple color scheme and graphics, there were times that it was hard to decipher what I had to do next in the game. There were also moments where I was unsure of what I needed to do because a few of the puzzles were slightly obtuse in which items I need to combine and where to use them.

The team at Polygon Treehouse has gone above and beyond as an indie developer in building a world that I loved and felt truly immersed in. I have reviewed a lot of games, and very few of them keep me intrigued all the way to the closing crawl of the credits. Röki is one of those indie darlings that does amazing things in terms of world-building, character design, sound, and so much more. I can not recommend this game enough.

If you are looking for a point and click style adventure puzzle game that tells a heart warming story of love and loss, of family and sacrifice, then look not further than Röki. It’s not without its bumps in terms of stuttering when saving and entering new areas, but if you can get past that and some awkward puzzles you will find a hidden gem on the Nintendo Switch.

*This game was purchased personally for purposes of this review, no review code was provided.