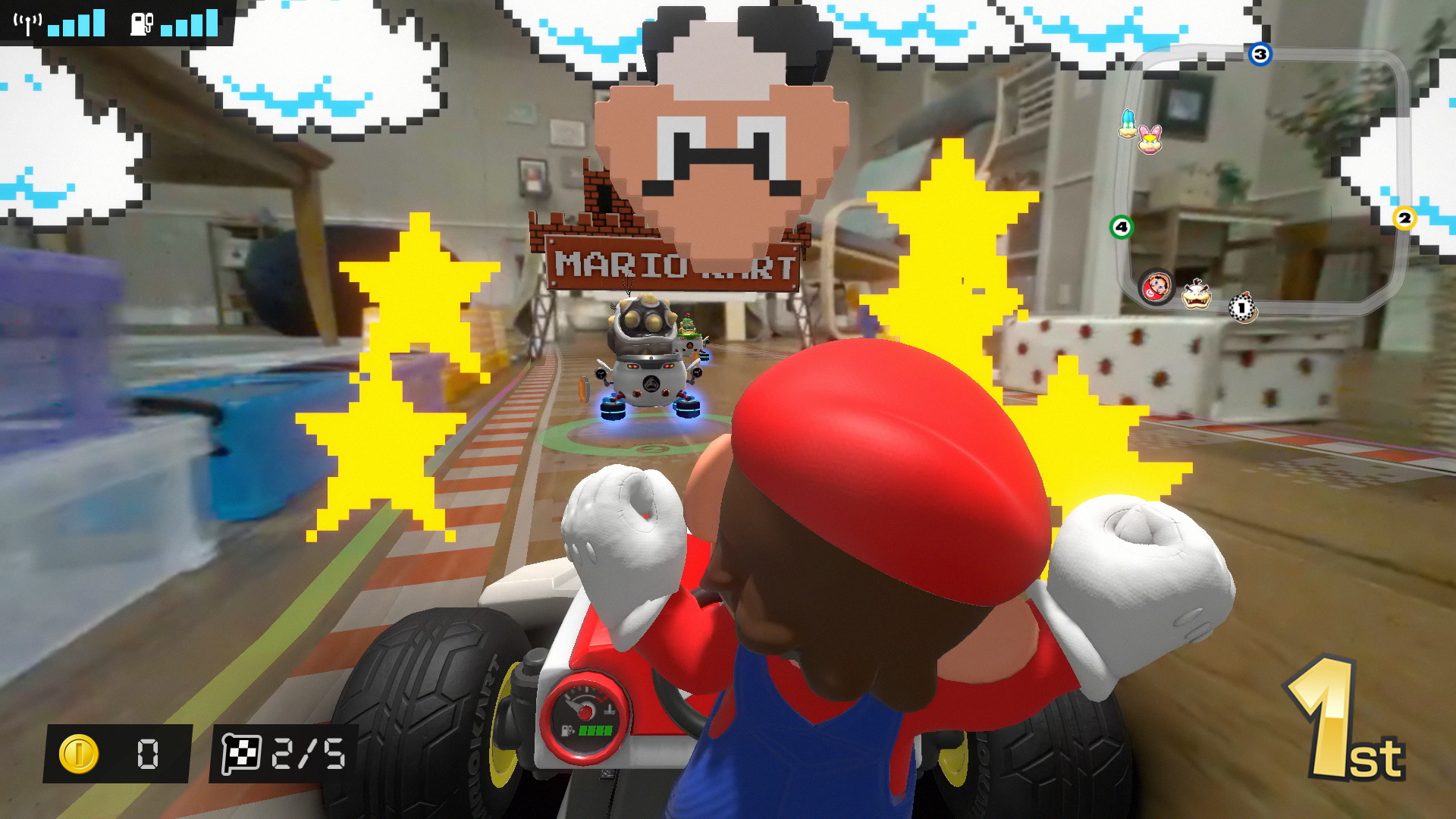 As October 16, 2020 draws closer, so does the release of Mario Kart Live: Home Circuit, and today Nintendo has revealed players will be able to customise courses via varying themes, such as Jungle, Ghost House, Rainbow Road and Snowscapes. This is most likely due to the fact that the actual racetrack will be the player’s house, so it’s a creative way of remembering iconic tracks from the Mario Kart franchise and representing them in this new way.

The themes have previously been seen before in previously released images, but now we have official confirmation that these are themes and players can choose them.

A video of the themes can be seen here: