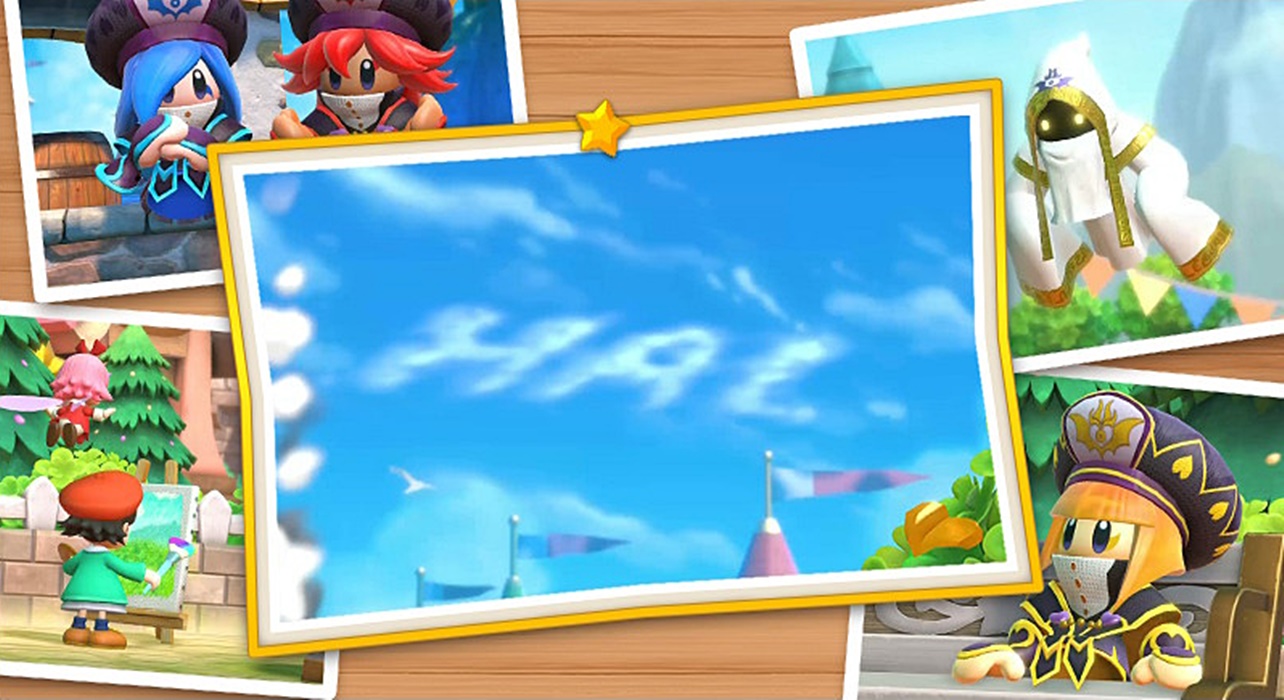 Recently, the director of Super Kirby Clash, Tadashi Kawai, contributed a news post on in-built News feature on Nintendo Switch Consoles. The post was written to introduce players of the game to the Super Kirby Clash HAL secret they may or may not have been aware of yet. In all previous Kirby games, there has always been a secret room or an area where the letters “HAL” are spelled out, usually in block form.

Well, while there is no secret room to find in Super Kirby Clash, the letters will actually appear in the clouds above Port Village. However, they don’t just appear from the start. You actually have to purchase all the weapons and armor in the game. Sounds like a simple enough task but for those of you who haven’t managed to yet, Tadashi Kawai shared the following excerpt along with a photo of the clouds.

Hello, this is Tadashi Kawai from HAL Laboratories, director of the Super Kirby Clash game. For this article, we’d like to introduce you to a few of the various features that decorate the Port Village.

Let’s start by talking about some of the characters that visit the village. As you progress through the game, the village gradually becomes a bustling hub with characters representing various Kirby games. Some visiting characters include Adeline and Ribbon from the Kirby 645: The Crystal Shards game and The Three Mage-Sister and Hyness from the Kirby Star Allies game.

Did you notice the hidden “HAL” letters? In Kirby games, the letters “HAL” are hidden somewhere in the game, such as in the form of blocks. In this game, the HAL letters are hidden… in the clouds! If you’re already found them, you must’ve gotten pretty far!

For those that haven’t seen the “HAL” clouds yet, here’s how:

As you can see in the picture, the letters are camouflaged as clouds. so they can be easy to miss.

In addition to what we’ve discussed here, there are other hidden features you can unlock-like changing the Shoppe and Quest Board’s appearance by completing certain tasks!

We hoped to add a bit of charm to the game by adding these encounters and discoveries. We hope you’ll take some time to look around the village to see what you can uncover.

Here’s another in-game gift for you from Magolor, the Shoppe keeper. By starting up Super Kirby Clash by clicking the link below. you can receive 10 Gem Apples. Just make sure that you have previously downloaded the game onto your system, finished the first quest, and visited the Shoppe. We hope you give this a try.