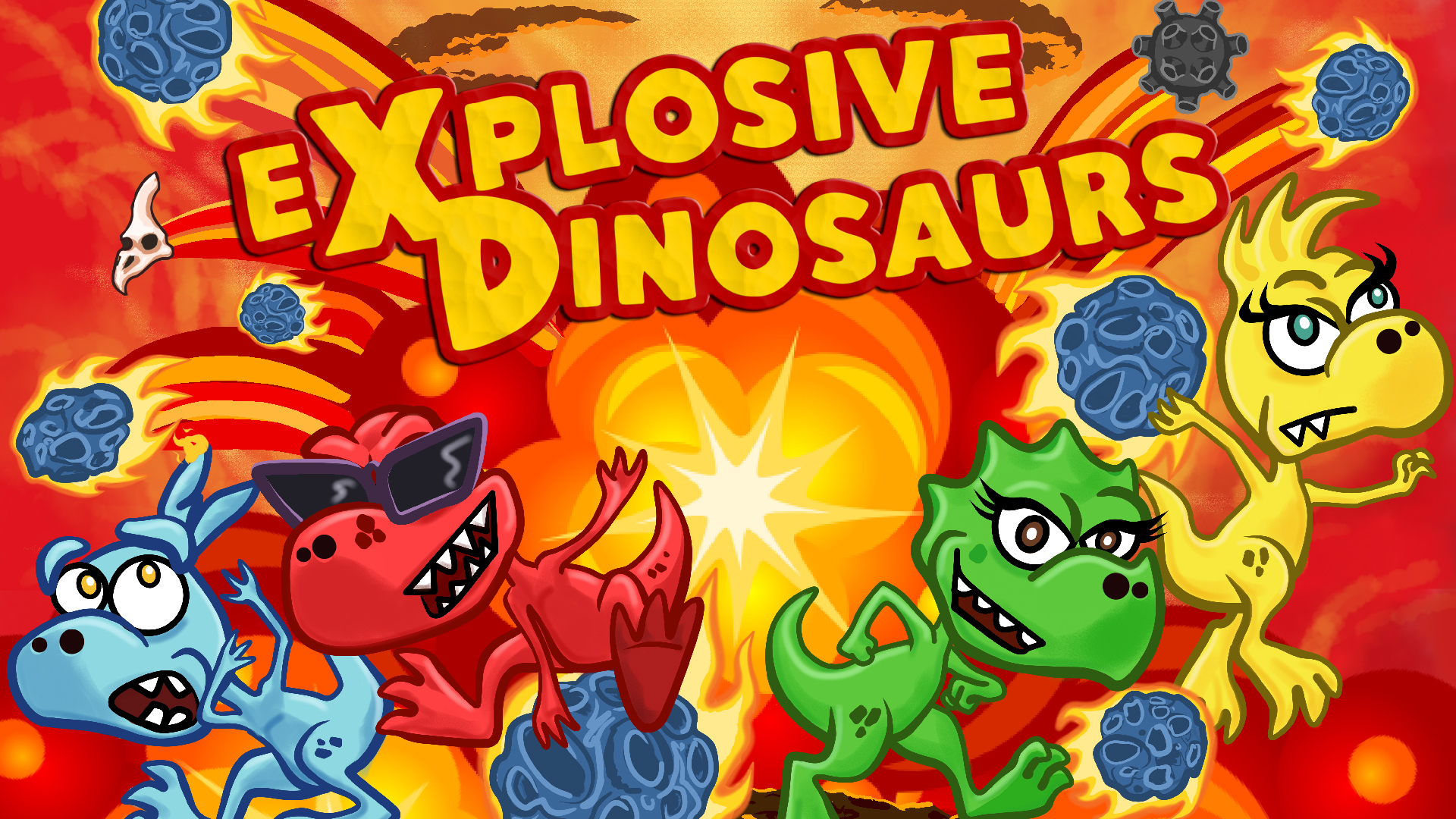 The “Friendship Destroyer” Minigame Madness that is eXplosive Dinosaurs is out now on Nintendo Switch. Developed by RAWL Lab and published by Flynn’s Arcade, this party game supports up to 4 players with over 40 competitive minigames to battle and lord it over your friends. The Minigames all have their own themes and can be anything from Action, Puzzle, to even mini-RPG.

Some minigame names and descriptions include:

eXplosive Dinosaurs is a party game, but not a casual or easy one: It is meant to be played by midcore/hardcore competitive players!
Starring 4 colorful dinosaurs that are always exploding while trying to prove that they’re the best winning all kind of minigames.

You can find out more about eXplosive Dinosaurs on the Nintendo.com listing.