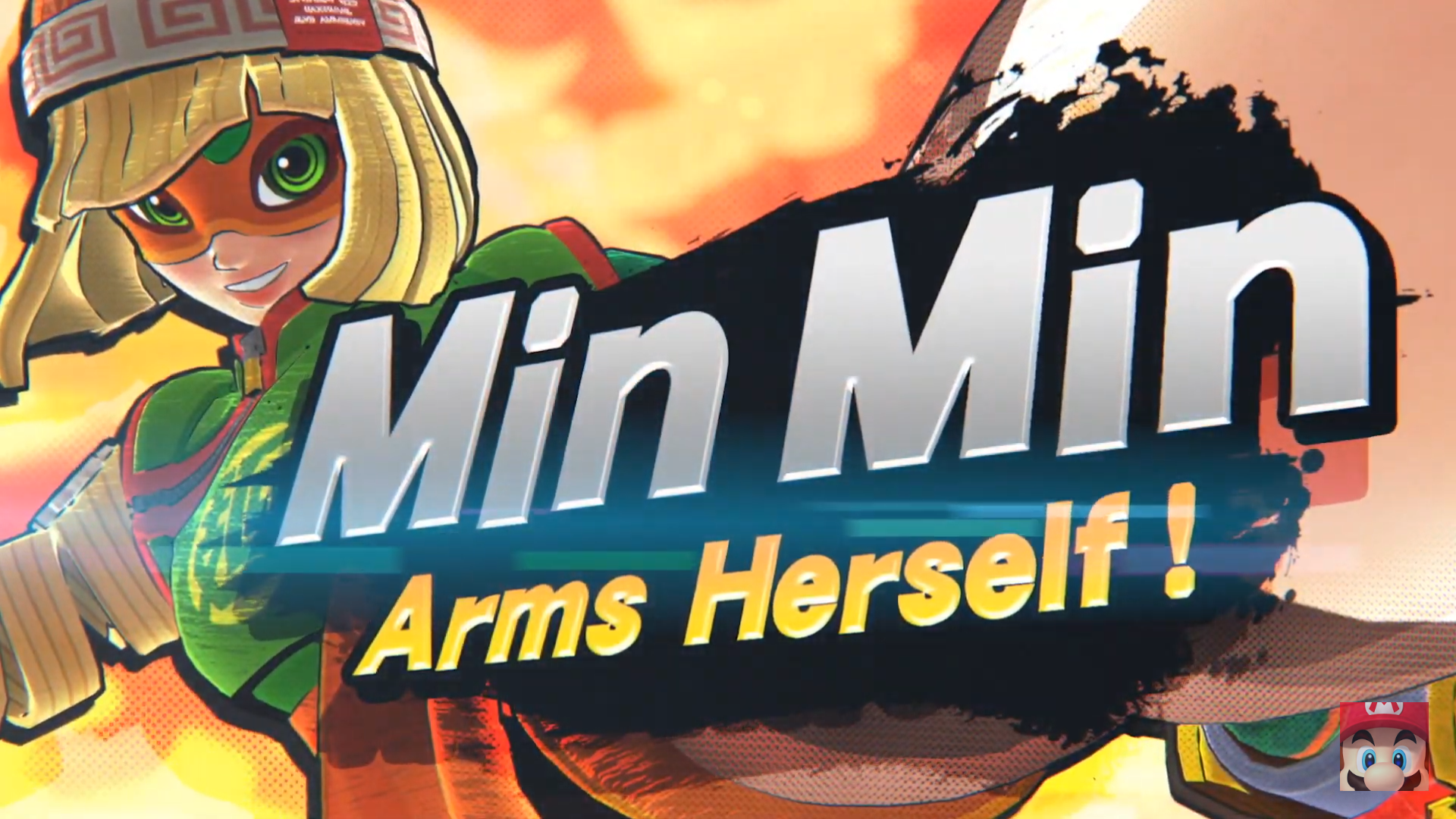 ARMS at the ready. Min Min springs into battle!

No more waiting! The time to finally find out just exactly which ARMS Fighter makes it into Super Smash Bros. Ultimate, has finally arrived, and we can’t wait for the reveal, which happens to be coming to us all, directly from Sukurai’s home. (Video was recorded on May 2, 2020.)

We will be highlighting the various details shared, including the revealed fighter during the broadcast, but for those of you who wish to watch it for yourselves, you can do so right here:

The legend that is Sakurai is happy to show off his home and has 2 TVs as he likes to watch his TV whilst playing video games.

It’s go time folks and joining the Smash roster is none other than Min Min and the character reveal trailer was lit as various ARMS fighters battled one another in the hopes of snatching the invitation for themselves.

Sakurai was considering Ninjara and Min Min, and Min Min was also recommended by the Producer of ARMS,

With Min Min, players can extend her arms, bend them, and use the likes of the A button to control her left arm and the B button for her right arm. Both arms can be used together or seperately. Each ARMS has a different mid-air attack and pressing A quickly can be used for kicks.

Down Smash Attack is a two-way kick, whereas the Final Smash is ARMS Rush.

18 songs are also to be added.