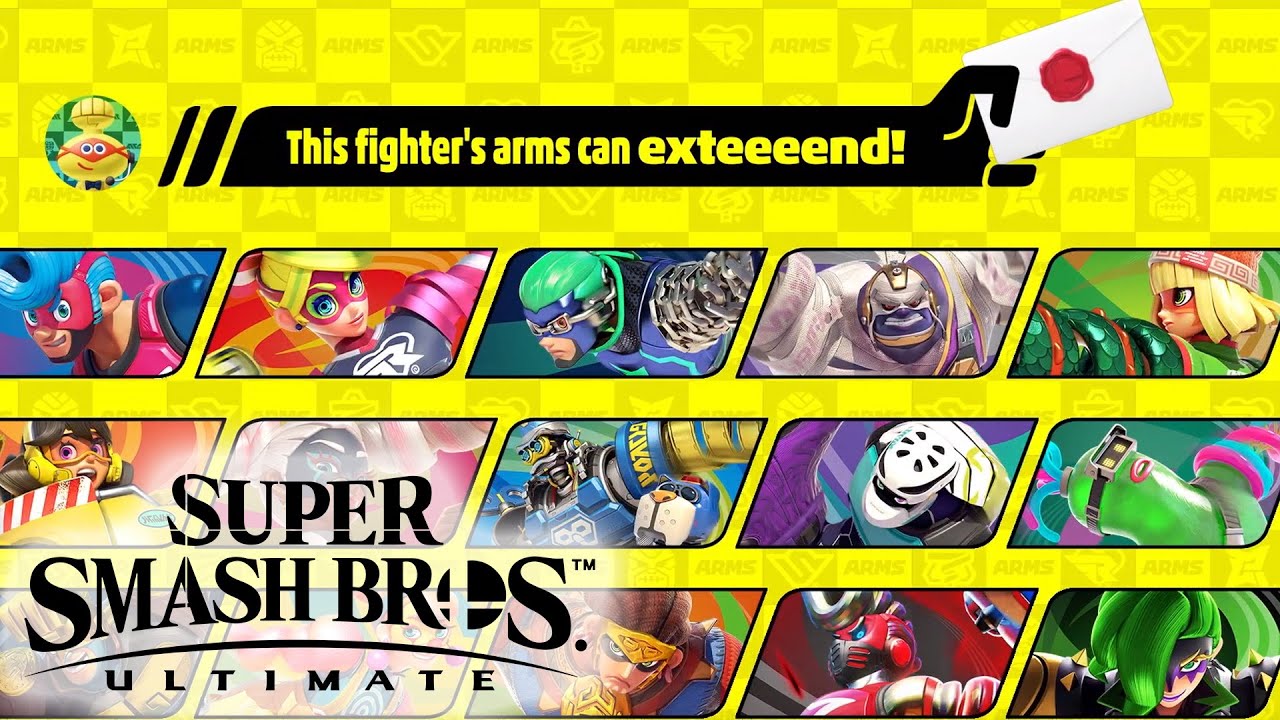 ARMS Fighter for Super Smash Bros. Ultimate is to be Revealed on June 22

Not much longer before we can all spring into action.

For those of us who have spent the last couple of weeks crying out for Smash news, we can finally dry our eyes, for the news we have waited so long for, will finally be divulged to us all next week.

Nintendo has announced a live presentation will take place next week to reveal who will be representing ARMS in Super Smash Bros. Ultimate as the first DLC Fighter for the Fighters Pass Vol.2.

The announcement can be seen here, along with times the presentation will air:

WHICH ARMS FIGHTER WILL JOIN THE BATTLE IN SUPER SMASH BROS. ULTIMATE?

19th June 2020 – Tune in next Monday, 22nd June at 16:00 CEST / 15:00 BST to find out which ARMS fighter is joining Super Smash Bros. Ultimate in a roughly 35 minute-long livestream from series director Masahiro Sakurai.

To tune in, check out the Nintendo UK YouTube channel, where the broadcast will be live-streamed.

There will be no further new fighter reveals other than a fighter from ARMS in this livestream.