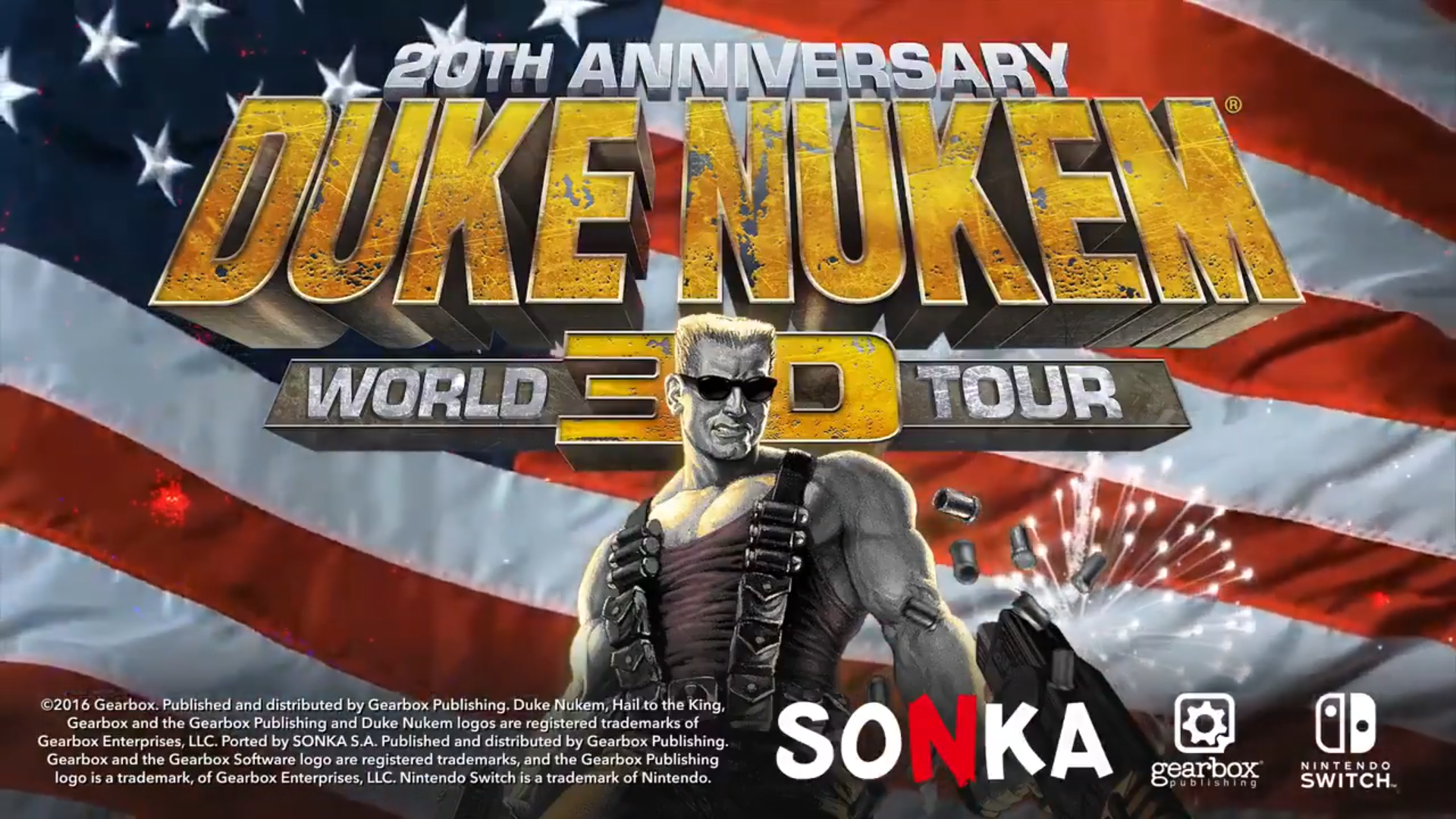 I hope you are all out of bubblegum because Gearbox has announced that the Duke is making his way to Nintendo Switch next week! Duke Nukem 3D: 20th Anniversary World Tour will release on June 23rd thanks to SONKA who handled the port. The game will be available to purchase on the Nintendo eShop for $9.99. There is also a 50% discount for anyone who purchases the game during the launch window.

The game will have the following features:

You can check out the kickass new trailer for Duke Nukem 3D: World Tour below: