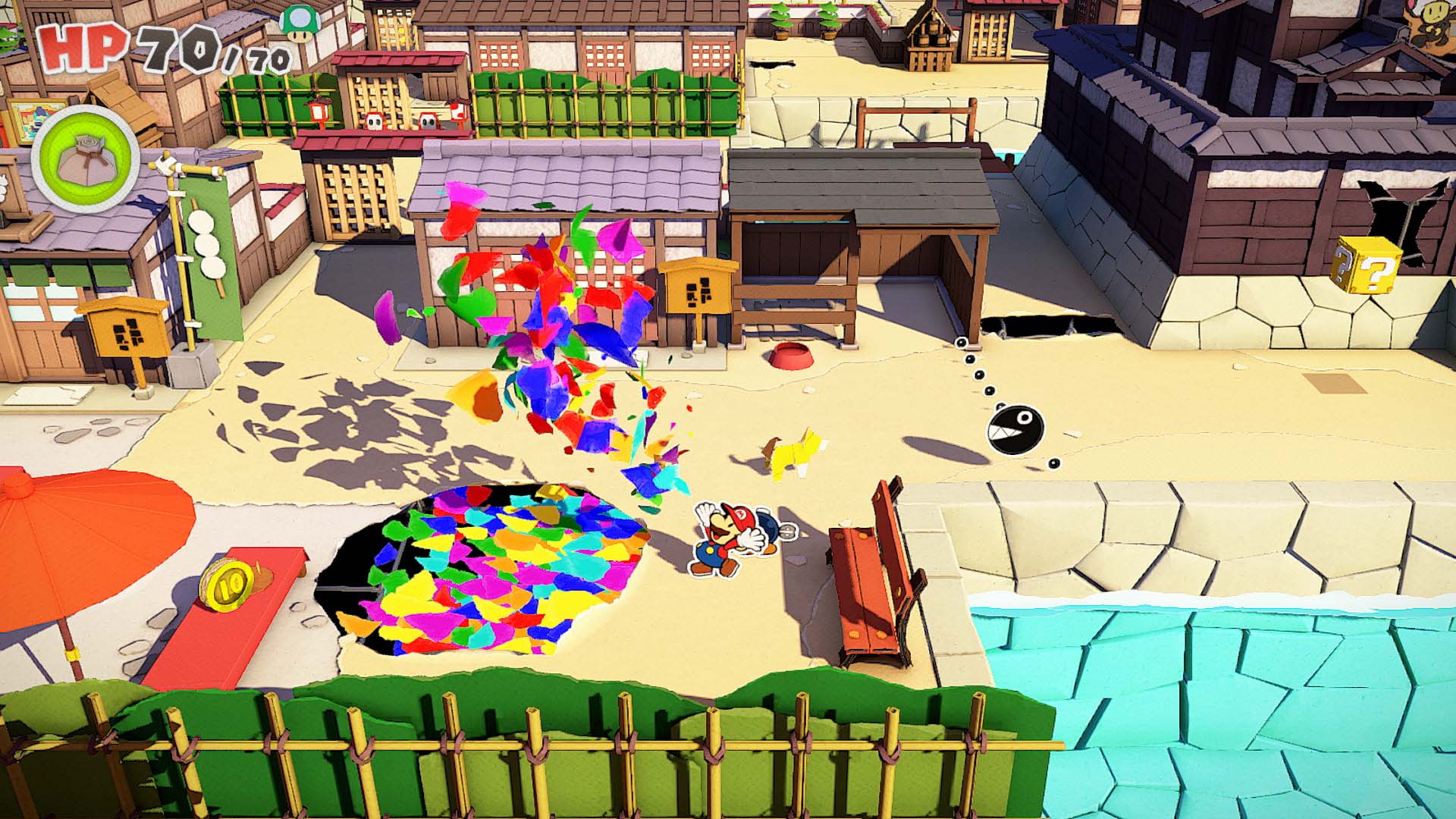 With just five weeks to go before the release of Paper Mario: The Origami King, Nintendo has seen the light to share an assortment of details regarding key characters in the upcoming adventure, which you can catch up on, right here:

With the help of new companion Olivia, he can call upon the magical 1,000 Fold Arms, allowing him to stretch out to interact with far-away objects.

Olly’s younger sister, Olivia uses her powers for good – teaming up with Mario to take down her older sibling. Olivia loves adventure, and will help you find the right path if you’re ever stumped.

The self-proclaimed Origami King, Olly seeks to turn the entire world in his own origami kingdom. With the Folded Soldiers at his beck and call, he’s no paper tiger!

After being transformed into a Folded Soldier, Princess Peach is an origami shadow of her usual self. Don’t worry Princess, Mario and Olivia are on the case!

Folded up and humiliated by Olly, Bowser is looking a little less imtimidating nowadays.

After seeing many of his minions turned against him, Bowser is plotting to take the Origami King down a peg.

With Mario off on his quest to defeat King Olly, Luigi’s determined to help his big bro! While you’re off cuting streamers, Luigi goes on the hunt for the keys to Peach’s Castle.

Made up of Bowser’s captured goons, these brainwashed baddies act as King Olly’s ground troops. While they might not say much, they pack one heck of a wallop!

Folded up by King Olly or bent out of Shape by the Folded Soldiers, these fun guys are now scattered to the four winds. Give ’em a quick bash with your hammer to turn them back to normal.

A Bob-omb who has lost his memory. Tags along with Mario who he looks up to like an older brother.

A legendary magician and trusted adviser to Bowser. For some reason he’s recently taken up cleaning as a hobby.

This legendary mariner holds the Sea Chart. Rumor has it he also owns a…submarine?!

We also have details on a few of the bosses as well:

This big, bouncing bully will really stretch your skills.

These 12 colorful combatants are pretty sharp.

Don’t get stuck by this sticky, shifty foe.

This fiery foe is one of the towering Vellumental bosses that Mario must face in his journey. It’s said that if you manage to defeat one in battle, you’ll gain its power!

Players can be sure to meet many other interesting characters when Paper Mario: The Origami King, releases exclusively on the Nintendo Switch on July 17, 2020.