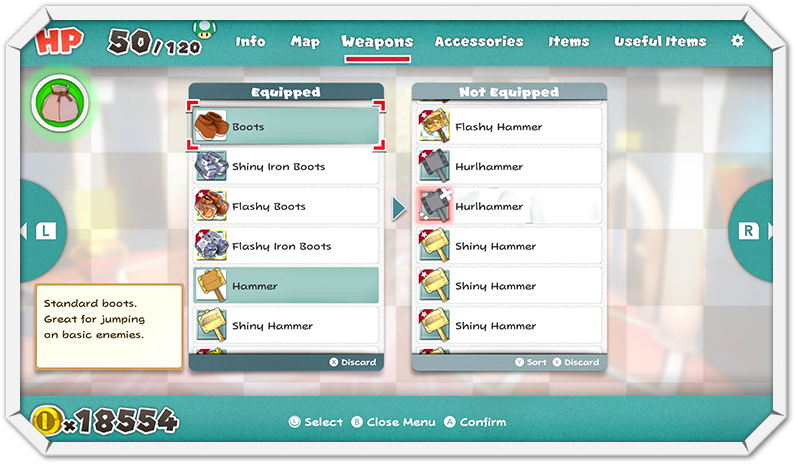 When Nintendo first announced Paper Mario: The Origami King, for the Nintendo Switch back in May, Nintendo America released a web site dedicated to the game, covering some story and gameplay details.

A BEAUTIFUL PAPER WORLD TO UNFOLD: Join Mario and his new companion Olivia on a comedic adventure that will take you to the far corners of a papercraft world in Paper Mario: The Origami King on Nintendo Switch!

Face off against the Origami King and his army of paper invaders, team up with some extraordinary companions and master magical powers on your quest to save the world.

PAPER PANDEMONIUM: It’s tear-able! The devious King Olly has transformed Princess Peach into origami, uprooted her castle and sealed it shut with magical paper streamers. Never fear, as our moustachioed hero Mario and his new friend Olivia are here to save the day!

Journey across the land – from scorching deserts to sailing the high seas – and recruit a revolving cast of wacky travel buddies, as you seek to sever these sinister streamers and save your paper pals from being turned into one of the Folded Soldiers!

UNWRAP AN EPIC QUEST: Travel the land, repair the damage done by the Folded Soldiers and rescue Toads trapped in all manner of wacky scrapes!

With the help of Olivia’s paper-folding powers, use the far-reaching 1,000 Fold Arms and other paper transformations to save those imprisoned by the Origami King’s henchmen, and help restore peace to the world.

Put a stop to King Olly’s plans by engaging in battles which will put both your tactical thinking and puzzle solving skills to the test – against his origami army, as well as humongous bosses under his command!

CHAOS UNFOLDS: The Origami King has taken over! His Folded Soldiers have ransacked Toad Town and he’s used his powers to transform Princess Peach and several others into origami. He’s even torn Peach’s Castle from the ground, and sealed it shut with magical streamers!

Luckily, Mario’s got the help of Olly’s younger sister Olivia to defeat the folded-up forces of evil. Together with some unlikely allies, assist our heroes in tearing up our paper villain’s nefarious plan to transform the entire world into origami!

A CRAFTY CAST: Alongside plenty of familiar faces, new friends and foes await you in Mario’s latest papery adventure. Let’s meet some of them:

*Shared Infomation on the characters above can be seen here.

ALONG FOR THE RIDE: During your quest to push back Olly’s forces, you’ll cross paths with some quirky characters! Give them a hand or ask them for help, and they’ll join you for a time, providing some well-needed company on your travels. They may even help out in battle!

REBUILDING PIECE BY PIECE: On their world-spanning rampage, the Folded Soldiers and King Olly’s Paper Macho creations tore huge chunks out of the landscape, creating Not-Bottomless Holes that block your path forward. Luckily, all you need to do is sprinkle a shower of magical confetti to get things looking as good as new!

You’re guaranteed a little surprise whenever you fix up a hole – whether it’s some coins or even a Toad in need of saving. Keep your confetti stores stocked up by whacking stuff with your hammer: trees, grass, bad guys, bigger bad guys, you name it!

BACK IN TOWN: Scattered throughout the land by the invasion, the citizens of Toad Town are in desperate need of your help! Crinkled, scrunched up, bent out of shape – whack a troubled Toad with your hammer to restore them to their former selves, and send them on their merry way.

As you save more and more Toads, some of them will return Toad Town – causing it to spring back to life, with shops and other locations opening back up for business. Make sure to return often to see what’s open, and stock up for the journeys ahead.

KING OF THE RING: When it comes time to throw down against a Folded Soldier, battles take on a puzzling twist! Scraps take place within a ring-shaped arena – with Mario standing at the centre and his opponents positioned at different places around the ring.

Carefully slide and spin the run to group enemies together. Grouping enemies correctly will give you a damage bonus when it comes time to attack. Be warned – you’ve only got a limited number of moves and the clock’s ticking, so don’t dilly-dally!

Pick the right attack to hit certain sections of the battlefield! Boots are perfect for stomping on enemies in a straight line, while Hammers are ideal for whacking groups of tightly packed baddies.

TOAD TIP 1: Talk about buying yourself time! Time is indeed money, so don’t be afraid to spend some coins to extend the puzzle timer if you need a bit longer to decide what you’re gonna do next.

TOAD TIP 2: If you’re struggling to line up enemies in battle, get us to Cheer for you! Flash us some cash and we’ll rush the stage to help. We’ll clobber enemies, heal you up, and maybe even solve parts of a puzzle!

WHO’S THE BOSS? While the Folded Soldiers are dangerous, they’re nothing compared to the big bosses under King Olly’s command. Against these behemoths, the script is flipped – with the boss commanding centre stage, and Mario having to work his way in to deal damage.

Spin and slide the ring to line up Arrows and Action Buttons, so Mario can approach the boss and then attack its weak points. Healing items and even treasure chests may appear on the ring, so carefully consider your plan of attack to pick up as many goodies on your path to give the boss what for!

FULLY EQUIPPED: Mario’s got room for quite the arsenal on his adventure! On top of his well-worn Boots and Hammer, you can kit Mario out with additional Hammers and Boots, granting him additional combat capabilities. Although fancy, these weapons will break after a while, so be sure you change things up every so often.

Want to vary up your abilities even more? With Accessories, boost Mario’s skills both in battle and on the overworld – from giving you more puzzle-solving time to allowing you to vacuum up confetti from further away.

MAGIC UP A SOLUTION!: Dotted around the land are Magic Circles – points of extraordinary power where Mario can tap into the mysterious 1,000 Fold Arms technique. Using this arm-stretching ability, interact with the world around you to turn valves, knock down objects and even save those trapped by King Olly.

These enchanted spots even pop up in boss battles, allowing Mario to let loose with an origami onslaught! Rumour has it there are also Magic Circles where Olivia can transform into mighty origami beasts…

The following videos were also shared: