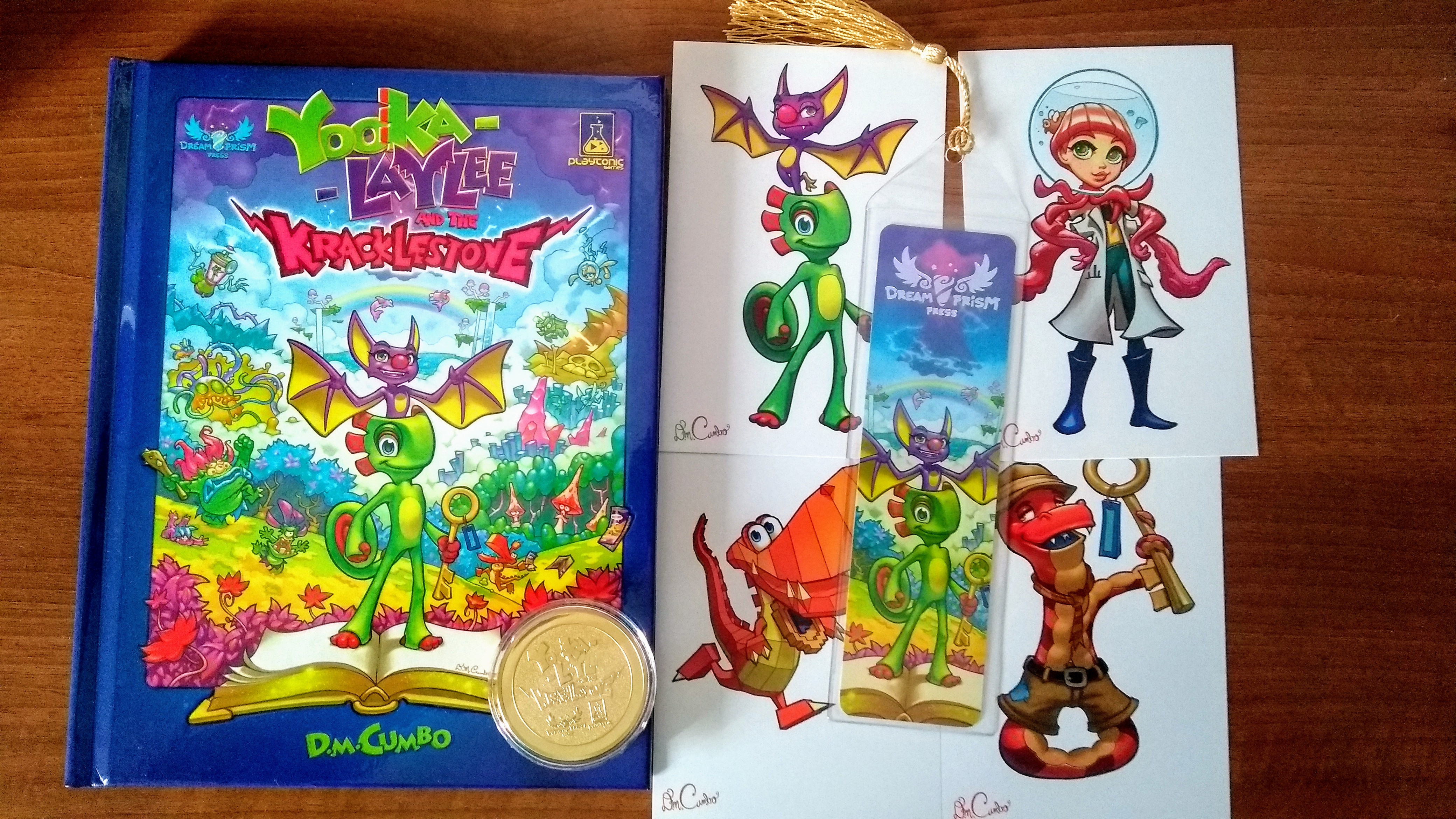 Yooka-Laylee may have beaten the Impossible Lair but now they have to stop Dr Quack in an all new adventure. The Chameleon and Bat Duo have leaped out of the video game world and into the literary world literally! The pair’s newest adventure is a visual novel by Dreamprism Press titled Yooka-Laylee and the Kracklestone. Before we get carried away too much, we best talk about how the novel came to be.

Back in 2018, an author by the name of D.M. Cumbo started a Kickstarter project for his graphic novel Yooka-Laylee and the Kracklestone. The novel was officially licensed by Playtonic Games and features characters from the Yooka-Laylee series. The project was backed to great success and went from strength to strength, reaching its stretch goals.

Although the project was a success, it spent the next year and a half in development Hell, or more accurately put “Production Hell”. The printing company had difficulty trying to get many of the stretch goals features to work. The Embossing/Holographic/Lamination process (not necessarily in that order) was literally impossible to achieve and had to ultimately be scrapped. Regardless of this, the many other reward tiers were still met and included the 10 gorgeous looking art cards, bookmark, the Kracklecoin, and gold-gilded pages.

Alas, in June 2020, I now have my own copy of Yooka-Laylee and the Kracklestone and it looks incredible. The goodies that came with it also look amazing. D.M. Cumbo has created something that has taken a lot of effort to overcome the issues he faced to bring the idea of the book into reality. Hat’s off to you sir!

Well, anyway back on track. I promised you a closer look at the book and its contents so now I shall deliver. Evey page is beautifully illustrated with an original story featuring familiar characters and new ones. I have taken some close-up photos of the Backer Edition which you can check out below.

If you would like to see our unboxing video for Yooka-Laylee and the Kracklestone, you can watch it here.

Should you like to get your hands on your own copy of the book, the Kickstarter page states that a pre-order store will be coming soon and will have Yooka-Laylee and the Kracklestone as well as some other merchandise available to purchase. You can check it out here.