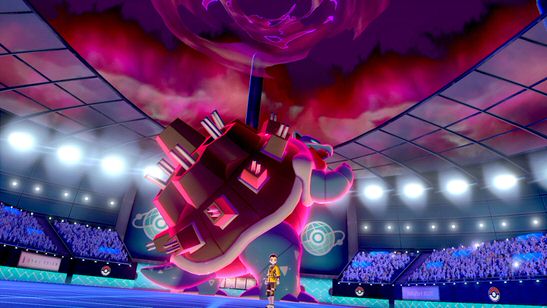 Thus, welcome back to “Who’s That Pokémon?” and this time, we’re tackling the Gigantamax Blastoise:

Description: Blastoise’s shell has grown to match its body, and it boasts new extra-large water cannons as well. Gigantamax Blastoise can adapt to different situations by using different combinations of its 31 variously sized cannons. In battle, it doesn’t bother to aim. Instead, it fires dynamic, powerful torrents from multiple cannons to overwhelm opponents.

The main cannon on the center of Blastoise’s shell is staggeringly powerful. Legend says this cannon has blasted holes into mountains. Gigantamax Blastoise can also move the 12 large cannons surrounding its central cannon independently, letting it orient its attacks in any direction, whether toward the ground or the sky.

G-Max Cannonade doesn’t just deal damage to an opponent when it hits—it will continue to deal damage for four turns to any Pokémon that isn’t Water type!